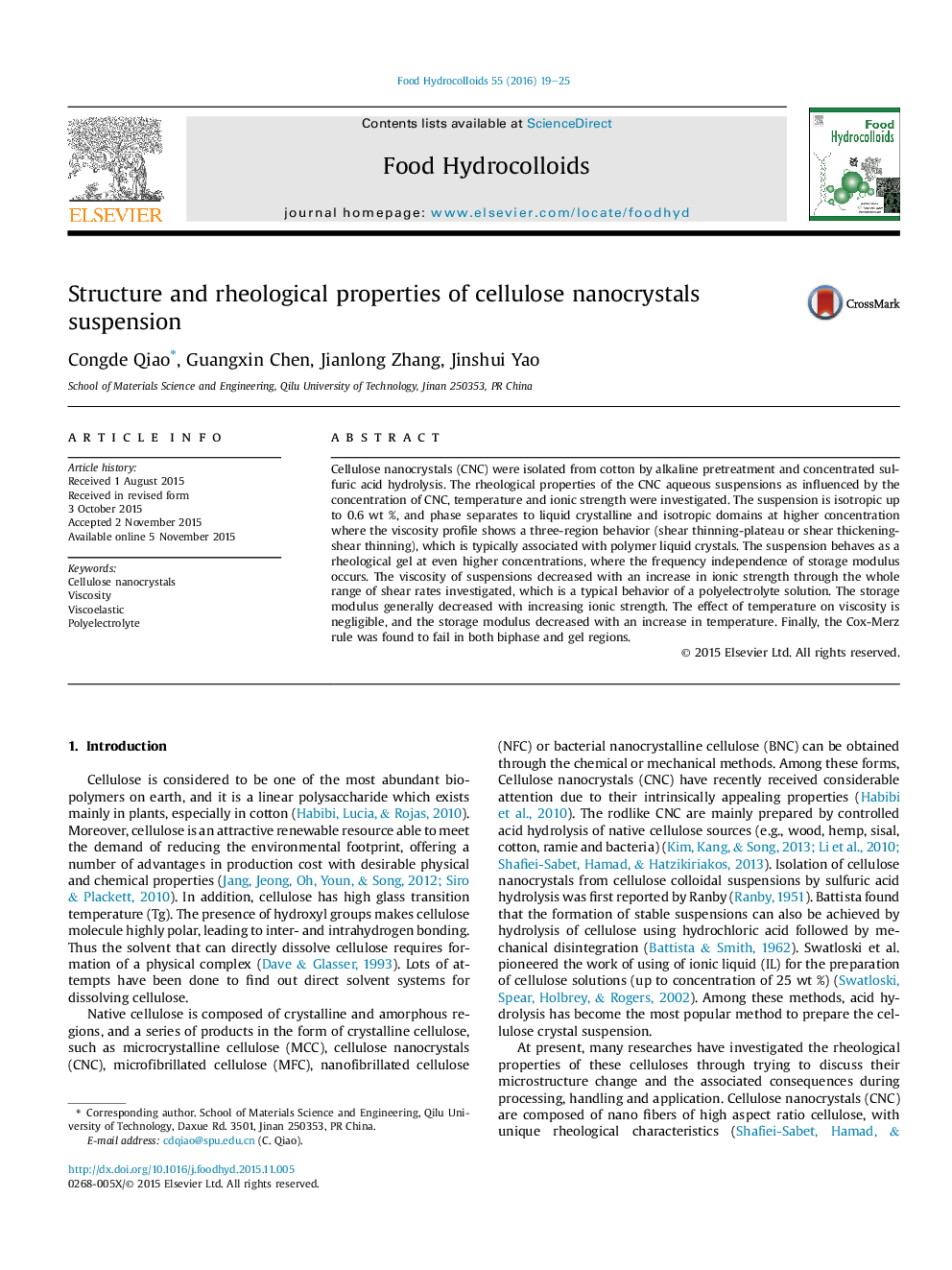 • Three different regions present in CNC suspensions.
• Salt affects the rheological properties of CNC suspensions.
• The influence of temperature on viscosity is negligible.
• The Cox-Merz rule fails in both biphase and gel regions.

Cellulose nanocrystals (CNC) were isolated from cotton by alkaline pretreatment and concentrated sulfuric acid hydrolysis. The rheological properties of the CNC aqueous suspensions as influenced by the concentration of CNC, temperature and ionic strength were investigated. The suspension is isotropic up to 0.6 wt %, and phase separates to liquid crystalline and isotropic domains at higher concentration where the viscosity profile shows a three-region behavior (shear thinning-plateau or shear thickening-shear thinning), which is typically associated with polymer liquid crystals. The suspension behaves as a rheological gel at even higher concentrations, where the frequency independence of storage modulus occurs. The viscosity of suspensions decreased with an increase in ionic strength through the whole range of shear rates investigated, which is a typical behavior of a polyelectrolyte solution. The storage modulus generally decreased with increasing ionic strength. The effect of temperature on viscosity is negligible, and the storage modulus decreased with an increase in temperature. Finally, the Cox-Merz rule was found to fail in both biphase and gel regions.