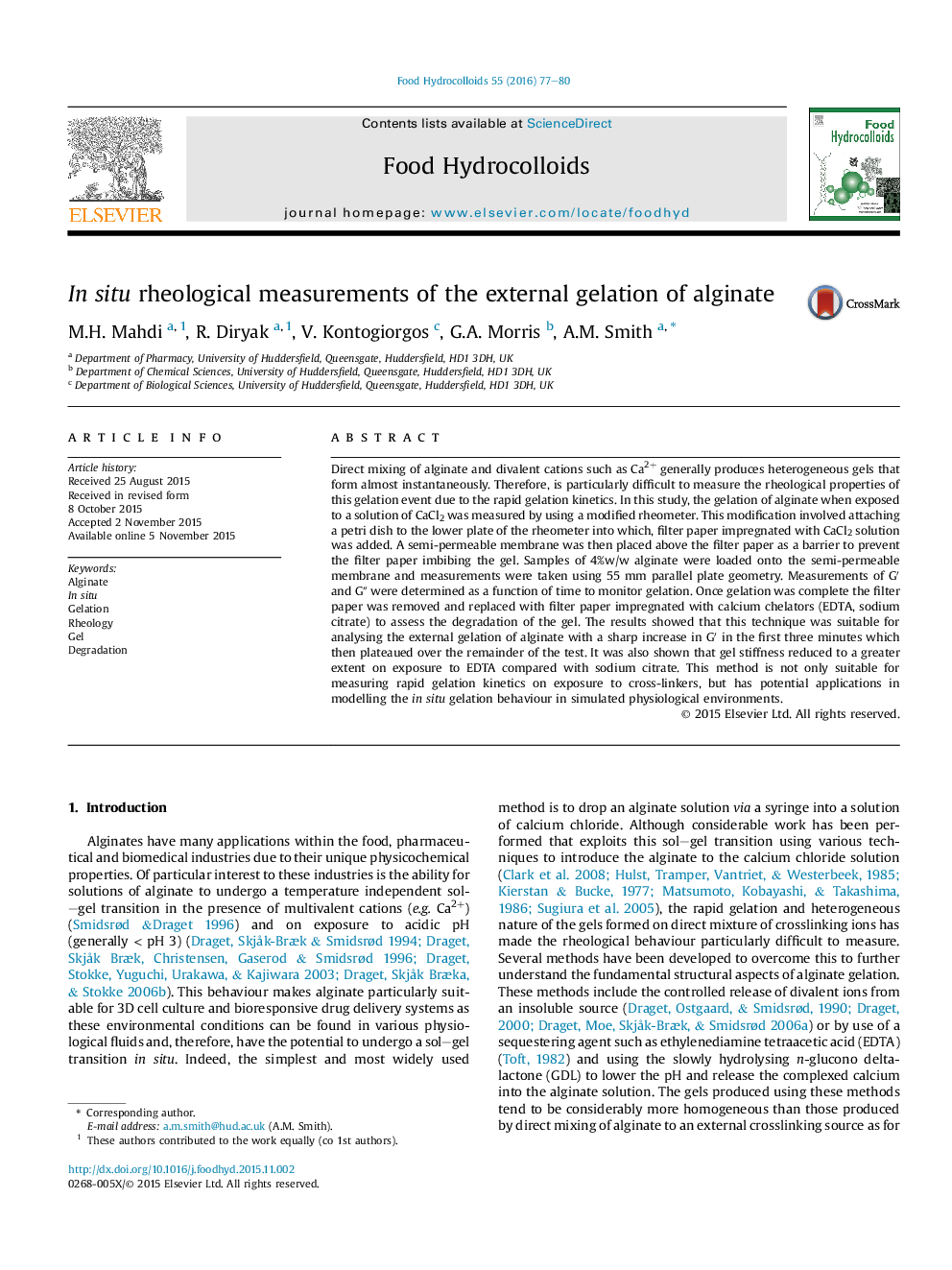 Direct mixing of alginate and divalent cations such as Ca2+ generally produces heterogeneous gels that form almost instantaneously. Therefore, is particularly difficult to measure the rheological properties of this gelation event due to the rapid gelation kinetics. In this study, the gelation of alginate when exposed to a solution of CaCl2 was measured by using a modified rheometer. This modification involved attaching a petri dish to the lower plate of the rheometer into which, filter paper impregnated with CaCl2 solution was added. A semi-permeable membrane was then placed above the filter paper as a barrier to prevent the filter paper imbibing the gel. Samples of 4%w/w alginate were loaded onto the semi-permeable membrane and measurements were taken using 55 mm parallel plate geometry. Measurements of G′ and Gʺ were determined as a function of time to monitor gelation. Once gelation was complete the filter paper was removed and replaced with filter paper impregnated with calcium chelators (EDTA, sodium citrate) to assess the degradation of the gel. The results showed that this technique was suitable for analysing the external gelation of alginate with a sharp increase in G′ in the first three minutes which then plateaued over the remainder of the test. It was also shown that gel stiffness reduced to a greater extent on exposure to EDTA compared with sodium citrate. This method is not only suitable for measuring rapid gelation kinetics on exposure to cross-linkers, but has potential applications in modelling the in situ gelation behaviour in simulated physiological environments.