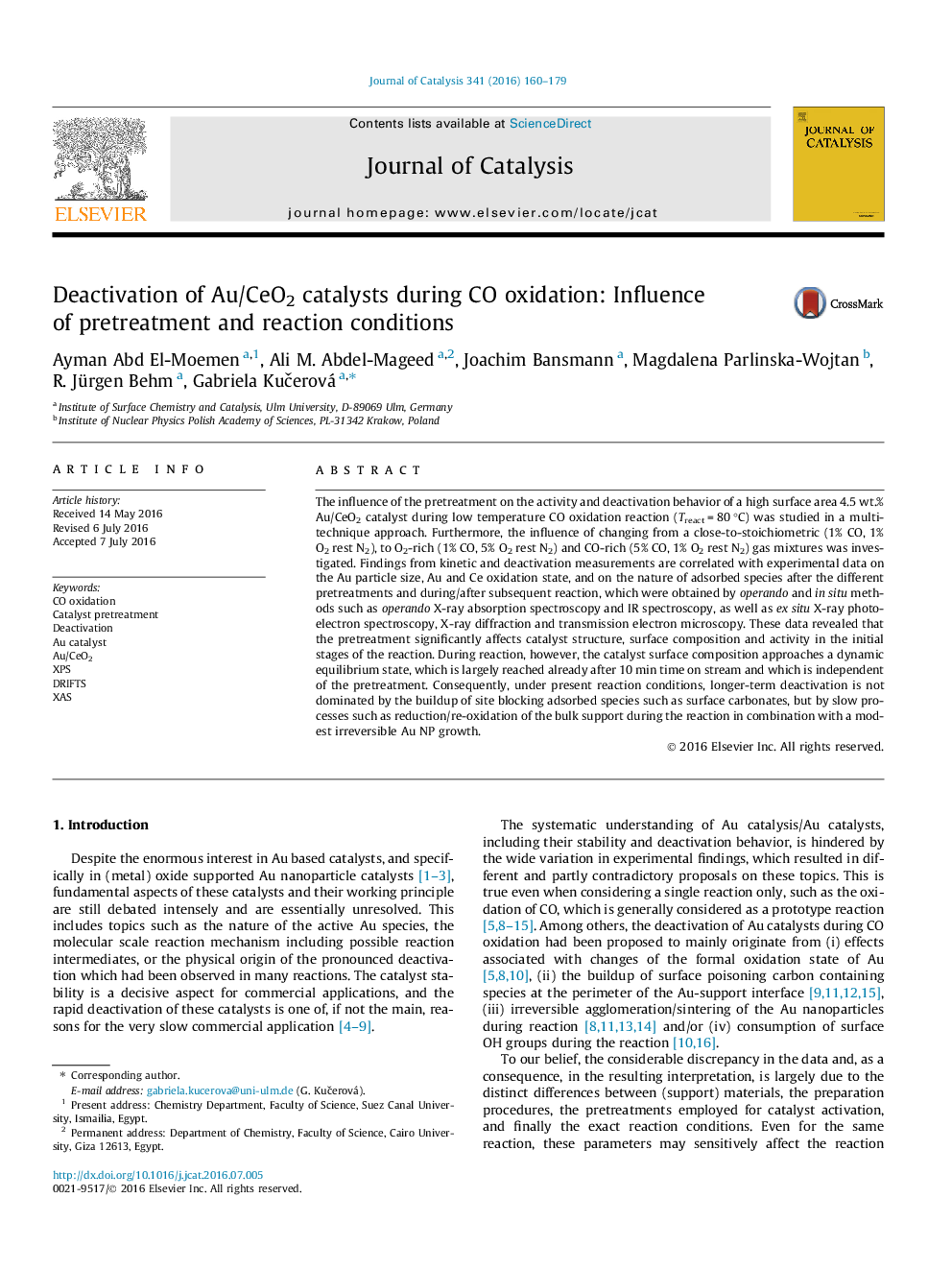 • CO oxidation rate and deactivation of Au/CeO2 depend strongly on pretreatment.
• Initial Au NP size and growth during reaction depend on pretreatments.
• Catalysts surface composition approaches equilibrium independent of pretreatment.
• Understanding physical reasons in reaction behaviour on a molecular level.

The influence of the pretreatment on the activity and deactivation behavior of a high surface area 4.5 wt.% Au/CeO2 catalyst during low temperature CO oxidation reaction (Treact = 80 °C) was studied in a multi-technique approach. Furthermore, the influence of changing from a close-to-stoichiometric (1% CO, 1% O2 rest N2), to O2-rich (1% CO, 5% O2 rest N2) and CO-rich (5% CO, 1% O2 rest N2) gas mixtures was investigated. Findings from kinetic and deactivation measurements are correlated with experimental data on the Au particle size, Au and Ce oxidation state, and on the nature of adsorbed species after the different pretreatments and during/after subsequent reaction, which were obtained by operando and in situ methods such as operando X-ray absorption spectroscopy and IR spectroscopy, as well as ex situ X-ray photoelectron spectroscopy, X-ray diffraction and transmission electron microscopy. These data revealed that the pretreatment significantly affects catalyst structure, surface composition and activity in the initial stages of the reaction. During reaction, however, the catalyst surface composition approaches a dynamic equilibrium state, which is largely reached already after 10 min time on stream and which is independent of the pretreatment. Consequently, under present reaction conditions, longer-term deactivation is not dominated by the buildup of site blocking adsorbed species such as surface carbonates, but by slow processes such as reduction/re-oxidation of the bulk support during the reaction in combination with a modest irreversible Au NP growth.