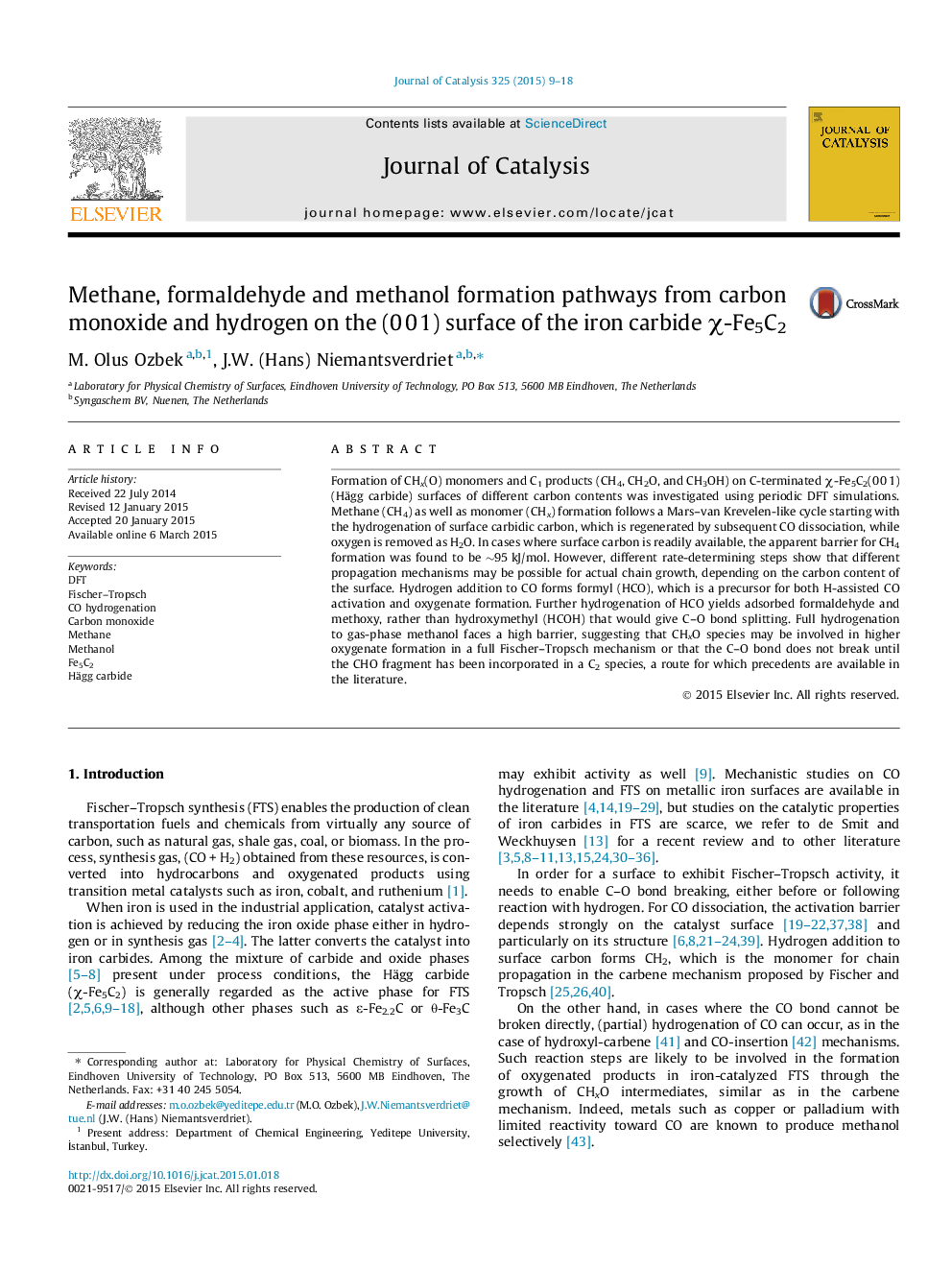 • Catalytic cycle of methane and methanol formation on iron carbide.
• CHx and CH4 formations follow a Mars–van Krevelen-like mechanism.
• Rate-determining steps toward hydrocarbon formation depend on carbon content.
• Hydrogenation of an HCO intermediate leads to formaldehyde, methoxy, and methanol.
• Coupling of CHxO and CHx species to higher alcohols is a possibility.

Formation of CHx(O) monomers and C1 products (CH4, CH2O, and CH3OH) on C-terminated χ-Fe5C2(0 0 1) (Hägg carbide) surfaces of different carbon contents was investigated using periodic DFT simulations. Methane (CH4) as well as monomer (CHx) formation follows a Mars–van Krevelen-like cycle starting with the hydrogenation of surface carbidic carbon, which is regenerated by subsequent CO dissociation, while oxygen is removed as H2O. In cases where surface carbon is readily available, the apparent barrier for CH4 formation was found to be ∼95 kJ/mol. However, different rate-determining steps show that different propagation mechanisms may be possible for actual chain growth, depending on the carbon content of the surface. Hydrogen addition to CO forms formyl (HCO), which is a precursor for both H-assisted CO activation and oxygenate formation. Further hydrogenation of HCO yields adsorbed formaldehyde and methoxy, rather than hydroxymethyl (HCOH) that would give C–O bond splitting. Full hydrogenation to gas-phase methanol faces a high barrier, suggesting that CHxO species may be involved in higher oxygenate formation in a full Fischer–Tropsch mechanism or that the C–O bond does not break until the CHO fragment has been incorporated in a C2 species, a route for which precedents are available in the literature.