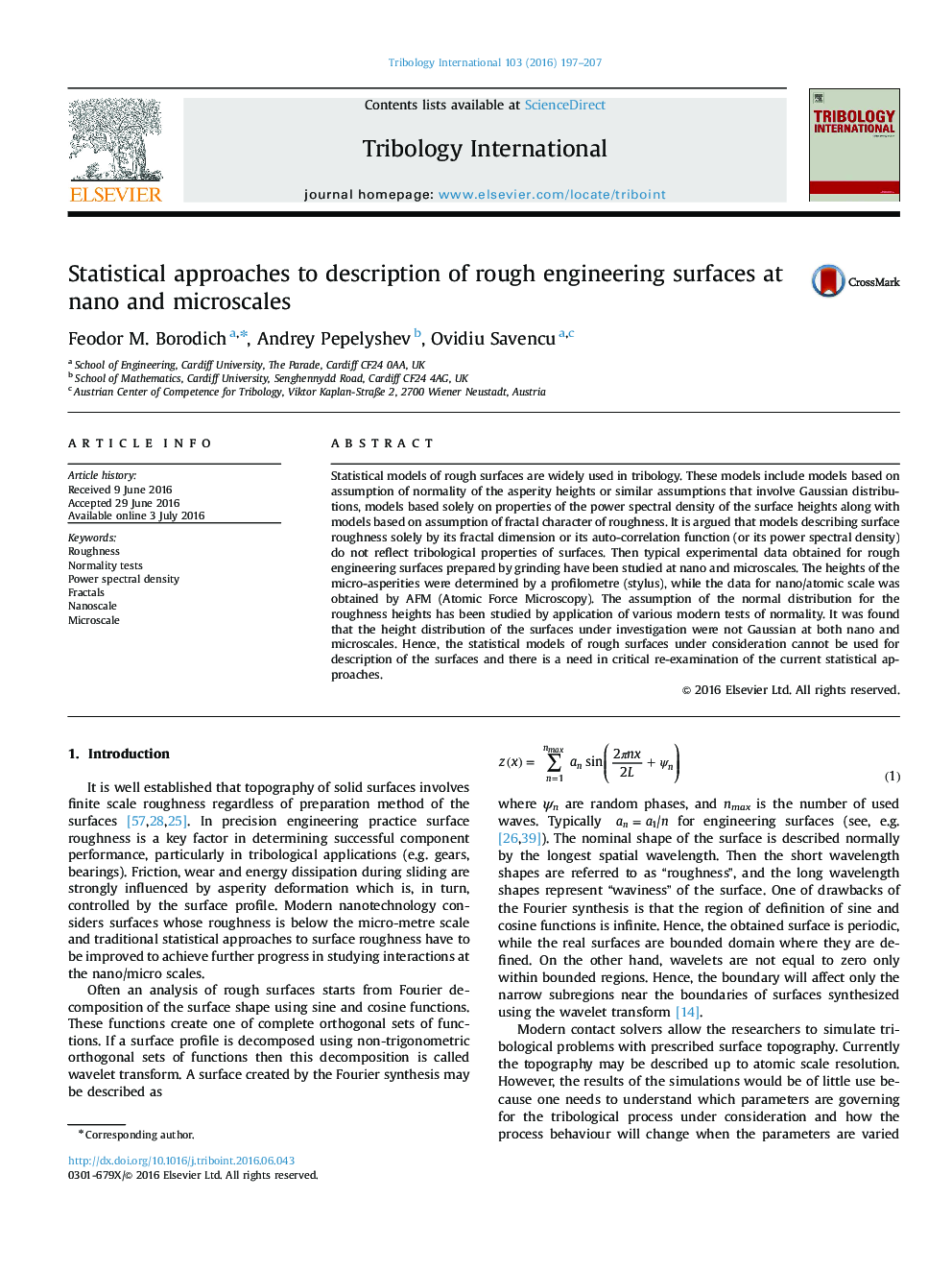 • The critical re-examination of statistical approaches to random surfaces is presented.
• Fractal dimension of surfaces does not reflect their tribological properties.
• The auto-correlation function (or its power spectral density) reflects them neither.
• Experimental data for surfaces prepared by grinding examined at nano and microscales.
• The height distributions were not Gaussian at both nano and microscales.

Statistical models of rough surfaces are widely used in tribology. These models include models based on assumption of normality of the asperity heights or similar assumptions that involve Gaussian distributions, models based solely on properties of the power spectral density of the surface heights along with models based on assumption of fractal character of roughness. It is argued that models describing surface roughness solely by its fractal dimension or its auto-correlation function (or its power spectral density) do not reflect tribological properties of surfaces. Then typical experimental data obtained for rough engineering surfaces prepared by grinding have been studied at nano and microscales. The heights of the micro-asperities were determined by a profilometre (stylus), while the data for nano/atomic scale was obtained by AFM (Atomic Force Microscopy). The assumption of the normal distribution for the roughness heights has been studied by application of various modern tests of normality. It was found that the height distribution of the surfaces under investigation were not Gaussian at both nano and microscales. Hence, the statistical models of rough surfaces under consideration cannot be used for description of the surfaces and there is a need in critical re-examination of the current statistical approaches.