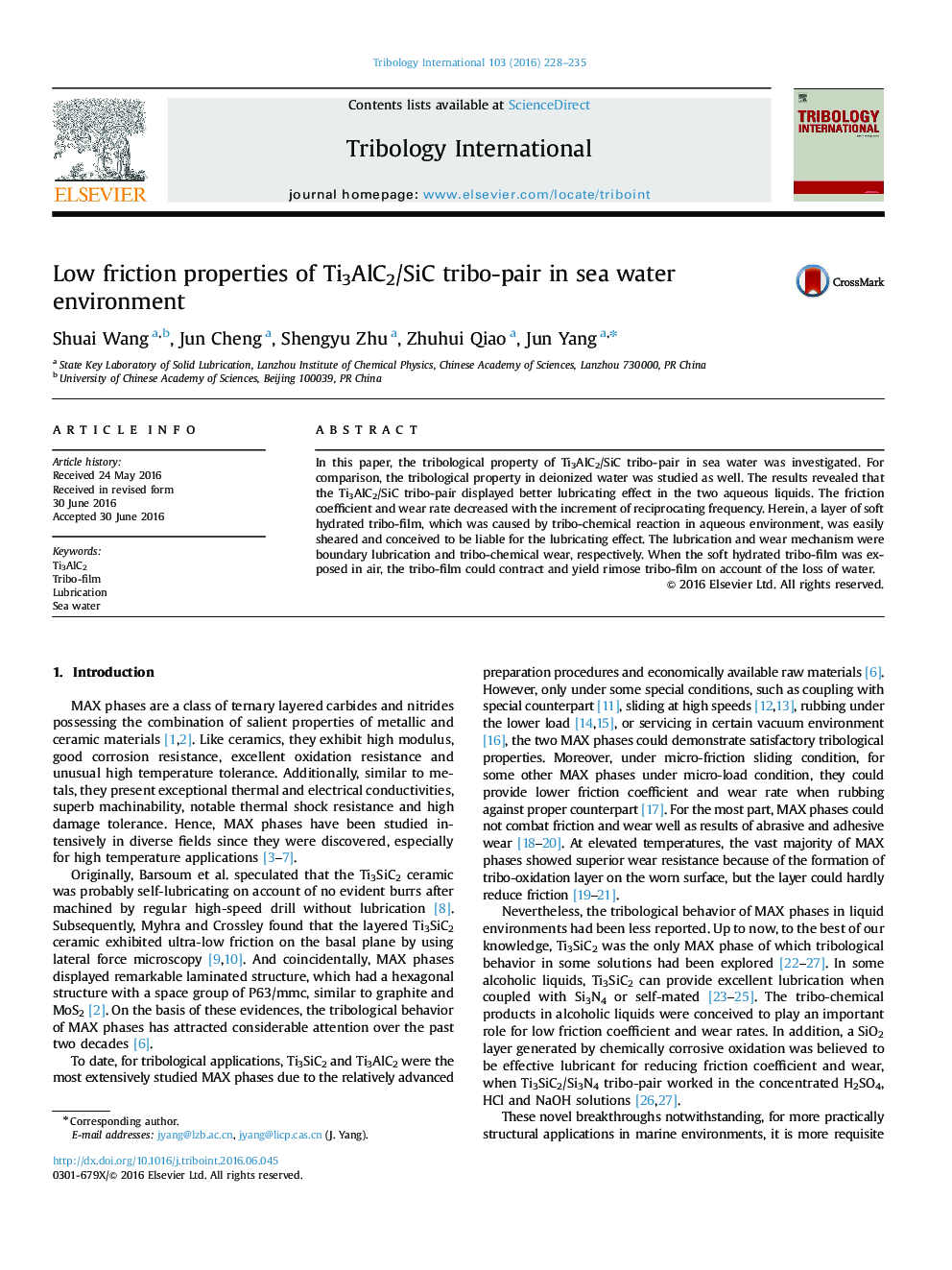 • Ti3AlC2/SiC tribo-pair showed excellent tribological properties in sea water environment.
• The friction coefficient and wear rate decreased with reciprocating frequency increasing.
• A layer of soft hydrated tribo-film can be formed because of tribo-chemical reaction.
• The tribo-film can be easily sheared and provide favorable lubrication.

In this paper, the tribological property of Ti3AlC2/SiC tribo-pair in sea water was investigated. For comparison, the tribological property in deionized water was studied as well. The results revealed that the Ti3AlC2/SiC tribo-pair displayed better lubricating effect in the two aqueous liquids. The friction coefficient and wear rate decreased with the increment of reciprocating frequency. Herein, a layer of soft hydrated tribo-film, which was caused by tribo-chemical reaction in aqueous environment, was easily sheared and conceived to be liable for the lubricating effect. The lubrication and wear mechanism were boundary lubrication and tribo-chemical wear, respectively. When the soft hydrated tribo-film was exposed in air, the tribo-film could contract and yield rimose tribo-film on account of the loss of water.