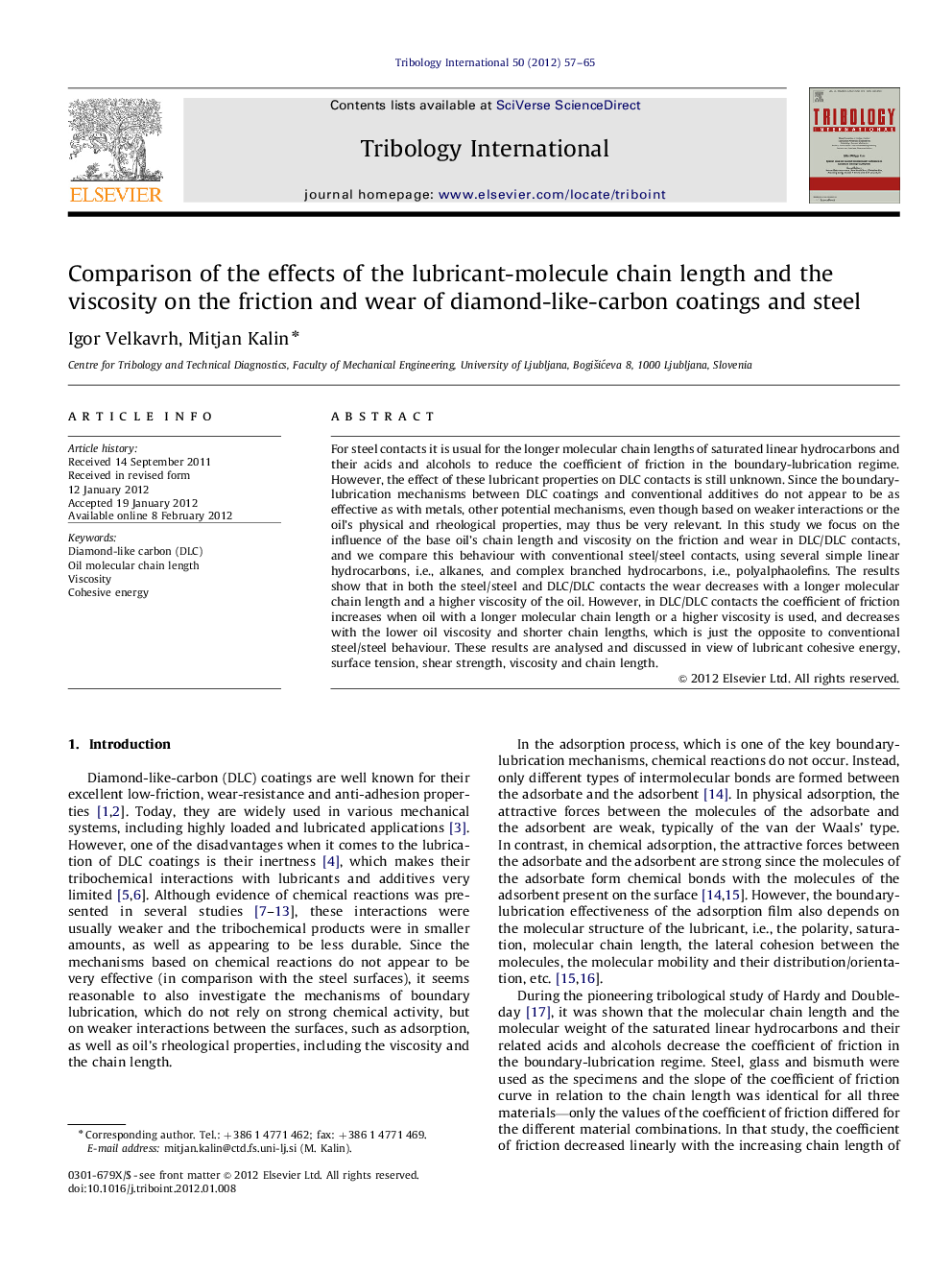 For steel contacts it is usual for the longer molecular chain lengths of saturated linear hydrocarbons and their acids and alcohols to reduce the coefficient of friction in the boundary-lubrication regime. However, the effect of these lubricant properties on DLC contacts is still unknown. Since the boundary-lubrication mechanisms between DLC coatings and conventional additives do not appear to be as effective as with metals, other potential mechanisms, even though based on weaker interactions or the oil's physical and rheological properties, may thus be very relevant. In this study we focus on the influence of the base oil's chain length and viscosity on the friction and wear in DLC/DLC contacts, and we compare this behaviour with conventional steel/steel contacts, using several simple linear hydrocarbons, i.e., alkanes, and complex branched hydrocarbons, i.e., polyalphaolefins. The results show that in both the steel/steel and DLC/DLC contacts the wear decreases with a longer molecular chain length and a higher viscosity of the oil. However, in DLC/DLC contacts the coefficient of friction increases when oil with a longer molecular chain length or a higher viscosity is used, and decreases with the lower oil viscosity and shorter chain lengths, which is just the opposite to conventional steel/steel behaviour. These results are analysed and discussed in view of lubricant cohesive energy, surface tension, shear strength, viscosity and chain length.