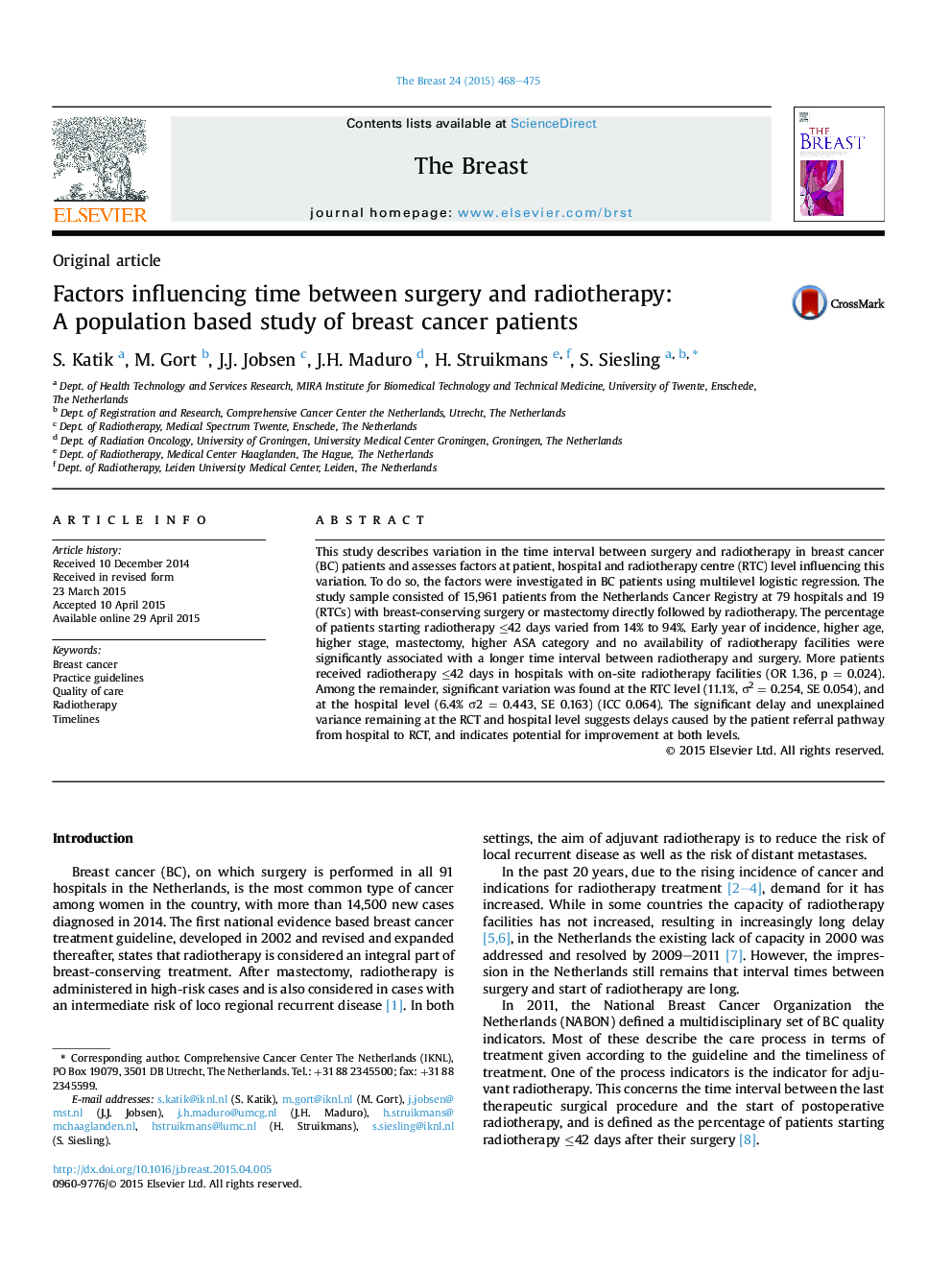 - Variation in time between surgery and radiotherapy in BC attributed on both hospital and radiotherapy institution level.
- Early year, higher age, ASA, stage, mastectomy, and no in house radiotherapy facilities were significantly associated with a longer time interval.
- Delays caused by the patient referral pathway could be avoided.

This study describes variation in the time interval between surgery and radiotherapy in breast cancer (BC) patients and assesses factors at patient, hospital and radiotherapy centre (RTC) level influencing this variation. To do so, the factors were investigated in BC patients using multilevel logistic regression. The study sample consisted of 15,961 patients from the Netherlands Cancer Registry at 79 hospitals and 19 (RTCs) with breast-conserving surgery or mastectomy directly followed by radiotherapy. The percentage of patients starting radiotherapy â¤42 days varied from 14% to 94%. Early year of incidence, higher age, higher stage, mastectomy, higher ASA category and no availability of radiotherapy facilities were significantly associated with a longer time interval between radiotherapy and surgery. More patients received radiotherapy â¤42 days in hospitals with on-site radiotherapy facilities (OR 1.36, pÂ =Â 0.024). Among the remainder, significant variation was found at the RTC level (11.1%, Ï2Â =Â 0.254, SE 0.054), and at the hospital level (6.4% Ï2Â =Â 0.443, SE 0.163) (ICC 0.064). The significant delay and unexplained variance remaining at the RCT and hospital level suggests delays caused by the patient referral pathway from hospital to RCT, and indicates potential for improvement at both levels.