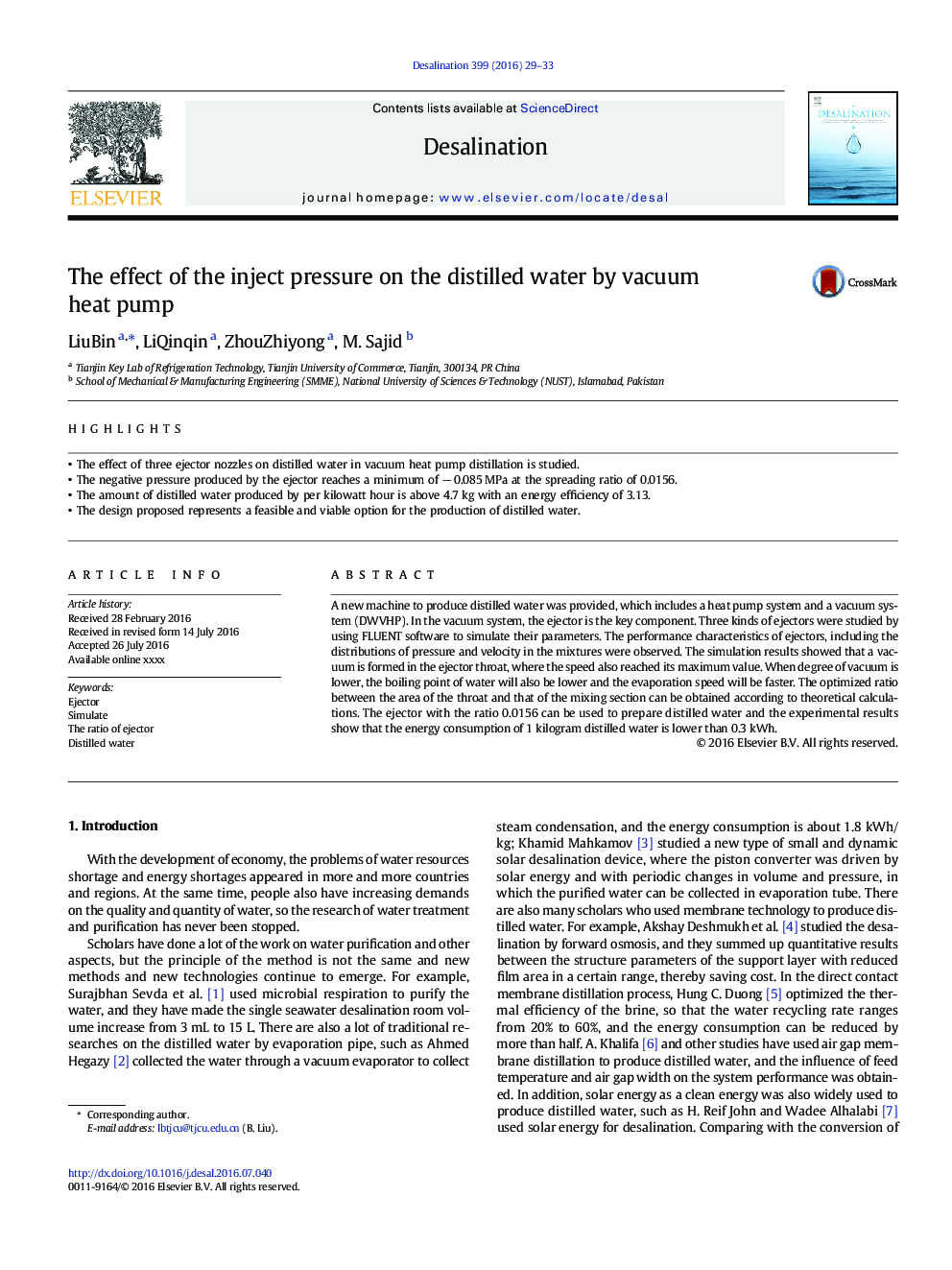 • The effect of three ejector nozzles on distilled water in vacuum heat pump distillation is studied.
• The negative pressure produced by the ejector reaches a minimum of − 0.085 MPa at the spreading ratio of 0.0156.
• The amount of distilled water produced by per kilowatt hour is above 4.7 kg with an energy efficiency of 3.13.
• The design proposed represents a feasible and viable option for the production of distilled water.

A new machine to produce distilled water was provided, which includes a heat pump system and a vacuum system (DWVHP). In the vacuum system, the ejector is the key component. Three kinds of ejectors were studied by using FLUENT software to simulate their parameters. The performance characteristics of ejectors, including the distributions of pressure and velocity in the mixtures were observed. The simulation results showed that a vacuum is formed in the ejector throat, where the speed also reached its maximum value. When degree of vacuum is lower, the boiling point of water will also be lower and the evaporation speed will be faster. The optimized ratio between the area of the throat and that of the mixing section can be obtained according to theoretical calculations. The ejector with the ratio 0.0156 can be used to prepare distilled water and the experimental results show that the energy consumption of 1 kilogram distilled water is lower than 0.3 kWh.