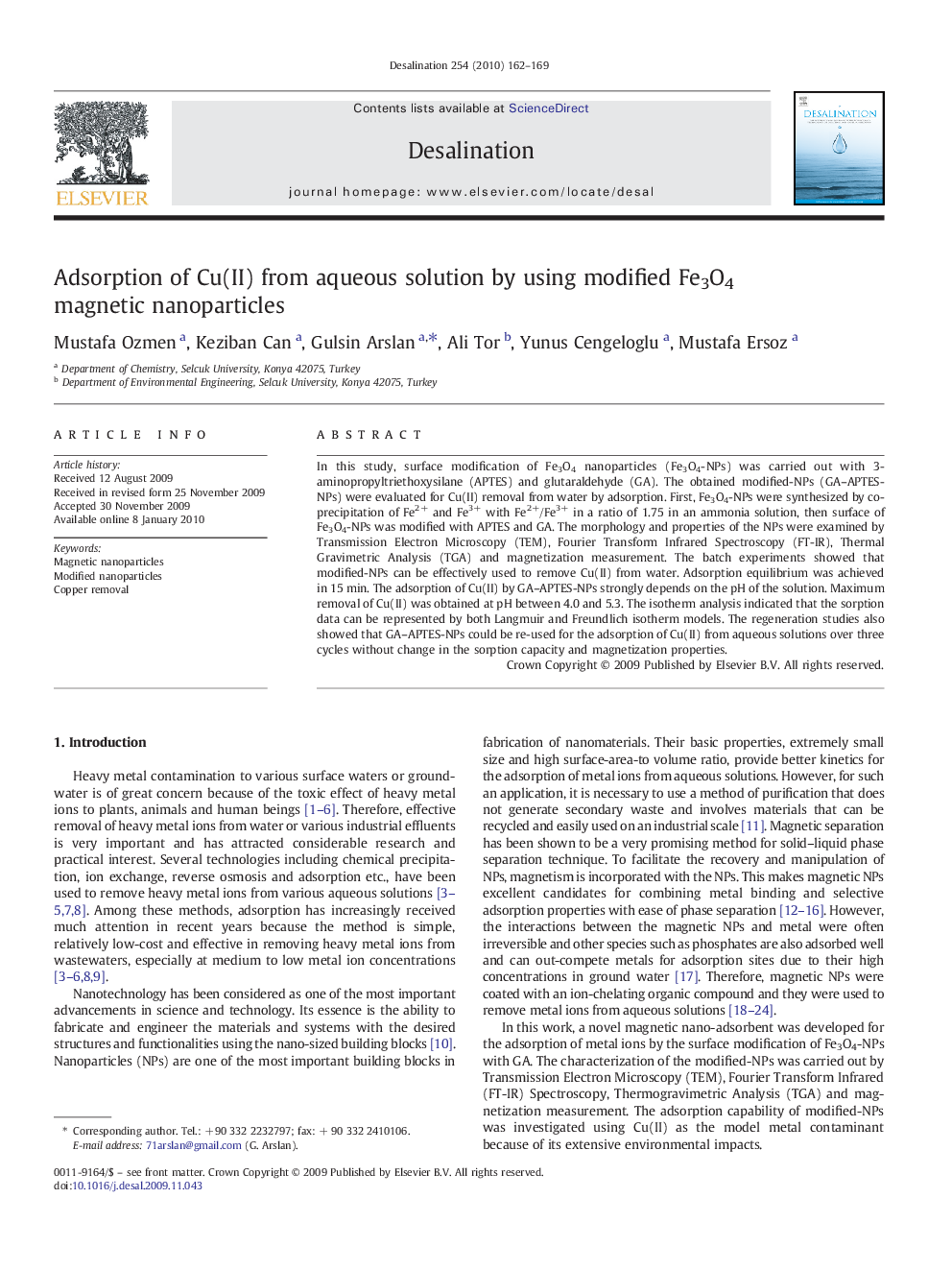 In this study, surface modification of Fe3O4 nanoparticles (Fe3O4-NPs) was carried out with 3-aminopropyltriethoxysilane (APTES) and glutaraldehyde (GA). The obtained modified-NPs (GA–APTES-NPs) were evaluated for Cu(II) removal from water by adsorption. First, Fe3O4-NPs were synthesized by co-precipitation of Fe2+ and Fe3+ with Fe2+/Fe3+ in a ratio of 1.75 in an ammonia solution, then surface of Fe3O4-NPs was modified with APTES and GA. The morphology and properties of the NPs were examined by Transmission Electron Microscopy (TEM), Fourier Transform Infrared Spectroscopy (FT-IR), Thermal Gravimetric Analysis (TGA) and magnetization measurement. The batch experiments showed that modified-NPs can be effectively used to remove Cu(II) from water. Adsorption equilibrium was achieved in 15 min. The adsorption of Cu(II) by GA–APTES-NPs strongly depends on the pH of the solution. Maximum removal of Cu(II) was obtained at pH between 4.0 and 5.3. The isotherm analysis indicated that the sorption data can be represented by both Langmuir and Freundlich isotherm models. The regeneration studies also showed that GA–APTES-NPs could be re-used for the adsorption of Cu(II) from aqueous solutions over three cycles without change in the sorption capacity and magnetization properties.