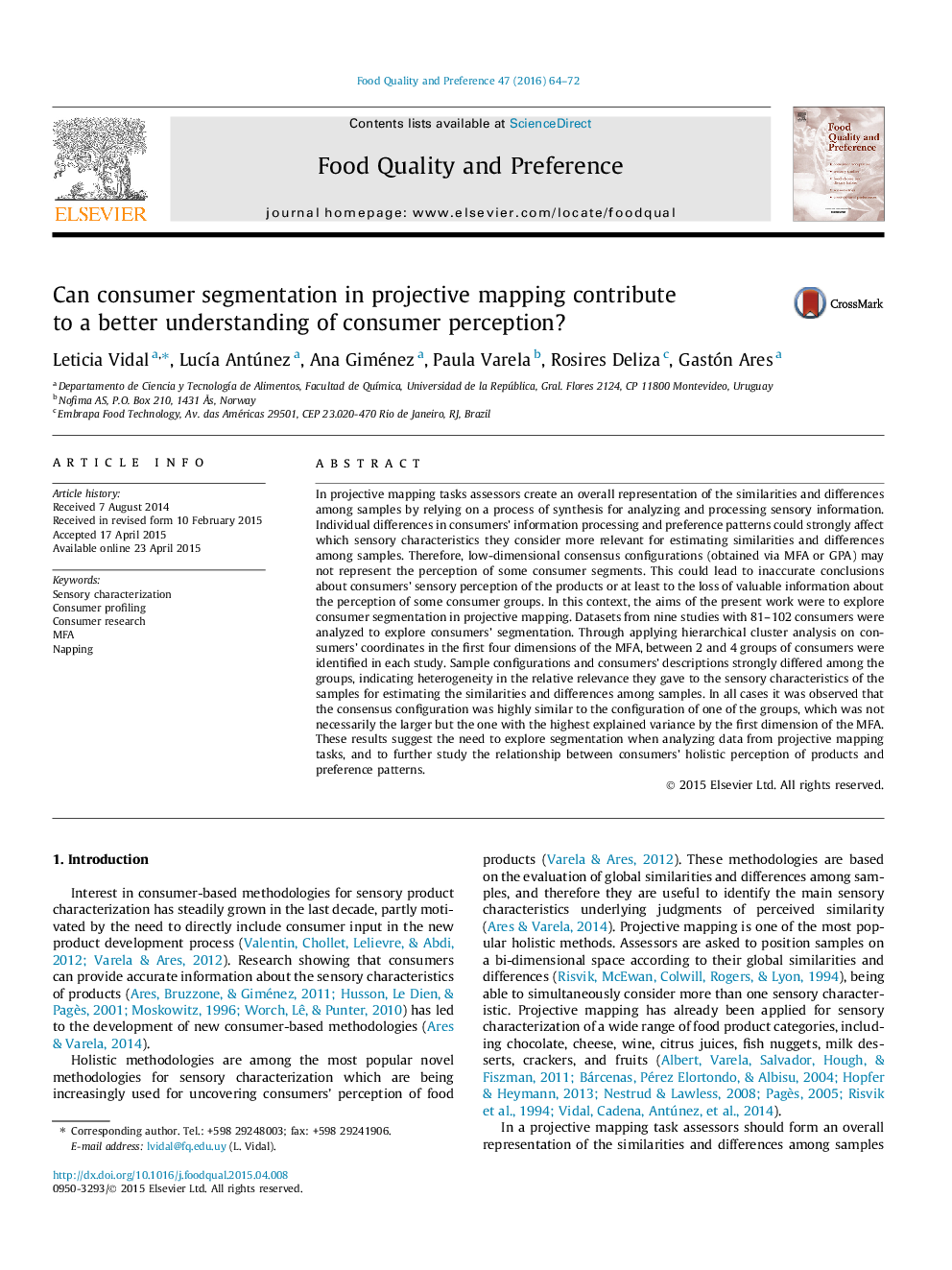 - Data from 9 projective mapping studies were used to explore consumer segmentation.
- Hierarchical cluster analysis was performed on consumers' coordinates of the MFA.
- Between 2 and 4 groups of consumers were identified in each study.
- Sample configurations and consumers' descriptions strongly differed among the groups.
- Consumer segmentation in projective mapping tasks deserves further exploration.

In projective mapping tasks assessors create an overall representation of the similarities and differences among samples by relying on a process of synthesis for analyzing and processing sensory information. Individual differences in consumers' information processing and preference patterns could strongly affect which sensory characteristics they consider more relevant for estimating similarities and differences among samples. Therefore, low-dimensional consensus configurations (obtained via MFA or GPA) may not represent the perception of some consumer segments. This could lead to inaccurate conclusions about consumers' sensory perception of the products or at least to the loss of valuable information about the perception of some consumer groups. In this context, the aims of the present work were to explore consumer segmentation in projective mapping. Datasets from nine studies with 81-102 consumers were analyzed to explore consumers' segmentation. Through applying hierarchical cluster analysis on consumers' coordinates in the first four dimensions of the MFA, between 2 and 4 groups of consumers were identified in each study. Sample configurations and consumers' descriptions strongly differed among the groups, indicating heterogeneity in the relative relevance they gave to the sensory characteristics of the samples for estimating the similarities and differences among samples. In all cases it was observed that the consensus configuration was highly similar to the configuration of one of the groups, which was not necessarily the larger but the one with the highest explained variance by the first dimension of the MFA. These results suggest the need to explore segmentation when analyzing data from projective mapping tasks, and to further study the relationship between consumers' holistic perception of products and preference patterns.