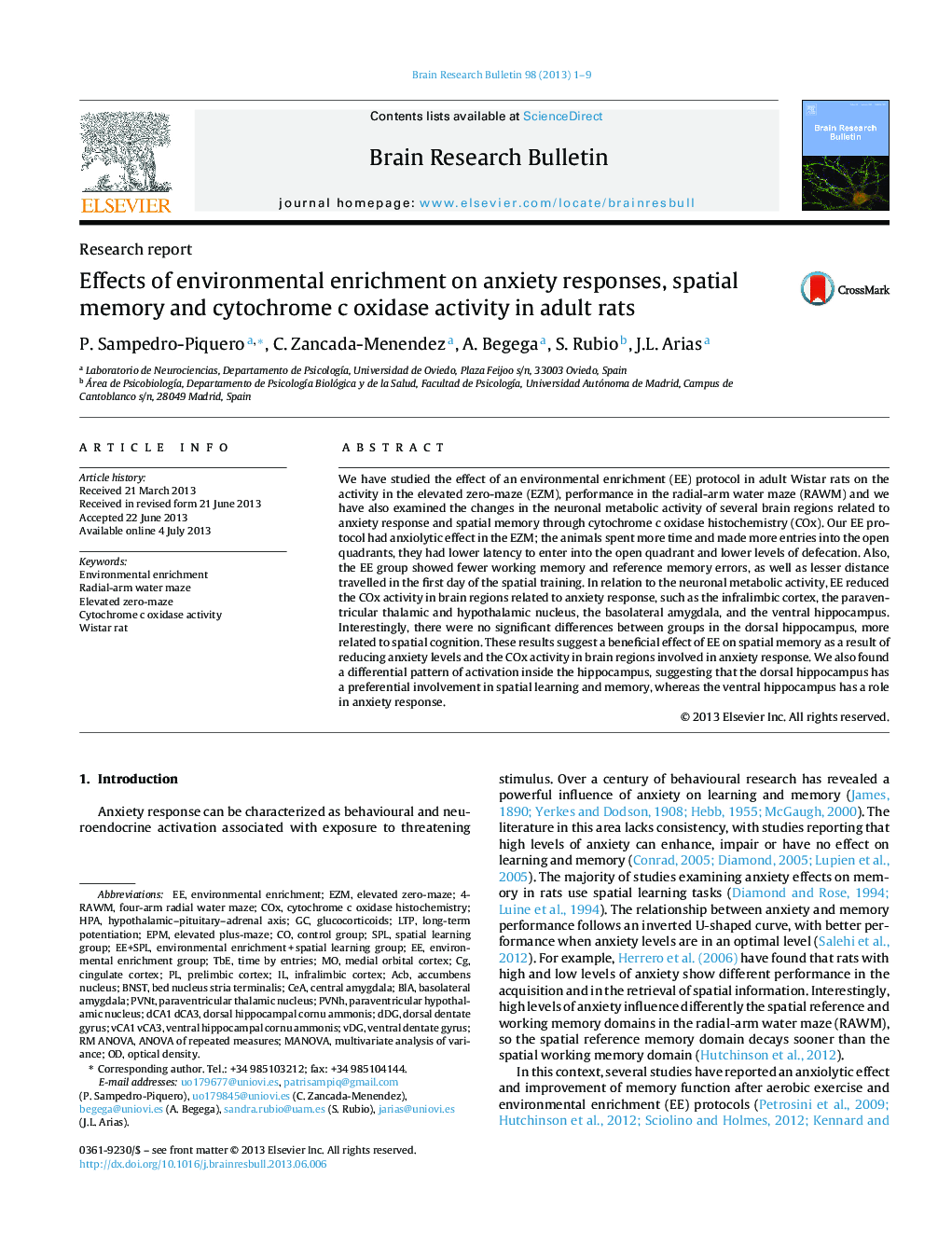 - EE reduced the anxiety-like behaviours in the elevated zero-maze.
- EE group had a better performance in the 4-RAWM in the first sessions.
- EE reduced the COx activity in brain regions related to anxiety in the spatial task.
- Hippocampus had a different pattern of COx activity along its septo-temporal axis.

We have studied the effect of an environmental enrichment (EE) protocol in adult Wistar rats on the activity in the elevated zero-maze (EZM), performance in the radial-arm water maze (RAWM) and we have also examined the changes in the neuronal metabolic activity of several brain regions related to anxiety response and spatial memory through cytochrome c oxidase histochemistry (COx). Our EE protocol had anxiolytic effect in the EZM; the animals spent more time and made more entries into the open quadrants, they had lower latency to enter into the open quadrant and lower levels of defecation. Also, the EE group showed fewer working memory and reference memory errors, as well as lesser distance travelled in the first day of the spatial training. In relation to the neuronal metabolic activity, EE reduced the COx activity in brain regions related to anxiety response, such as the infralimbic cortex, the paraventricular thalamic and hypothalamic nucleus, the basolateral amygdala, and the ventral hippocampus. Interestingly, there were no significant differences between groups in the dorsal hippocampus, more related to spatial cognition. These results suggest a beneficial effect of EE on spatial memory as a result of reducing anxiety levels and the COx activity in brain regions involved in anxiety response. We also found a differential pattern of activation inside the hippocampus, suggesting that the dorsal hippocampus has a preferential involvement in spatial learning and memory, whereas the ventral hippocampus has a role in anxiety response.