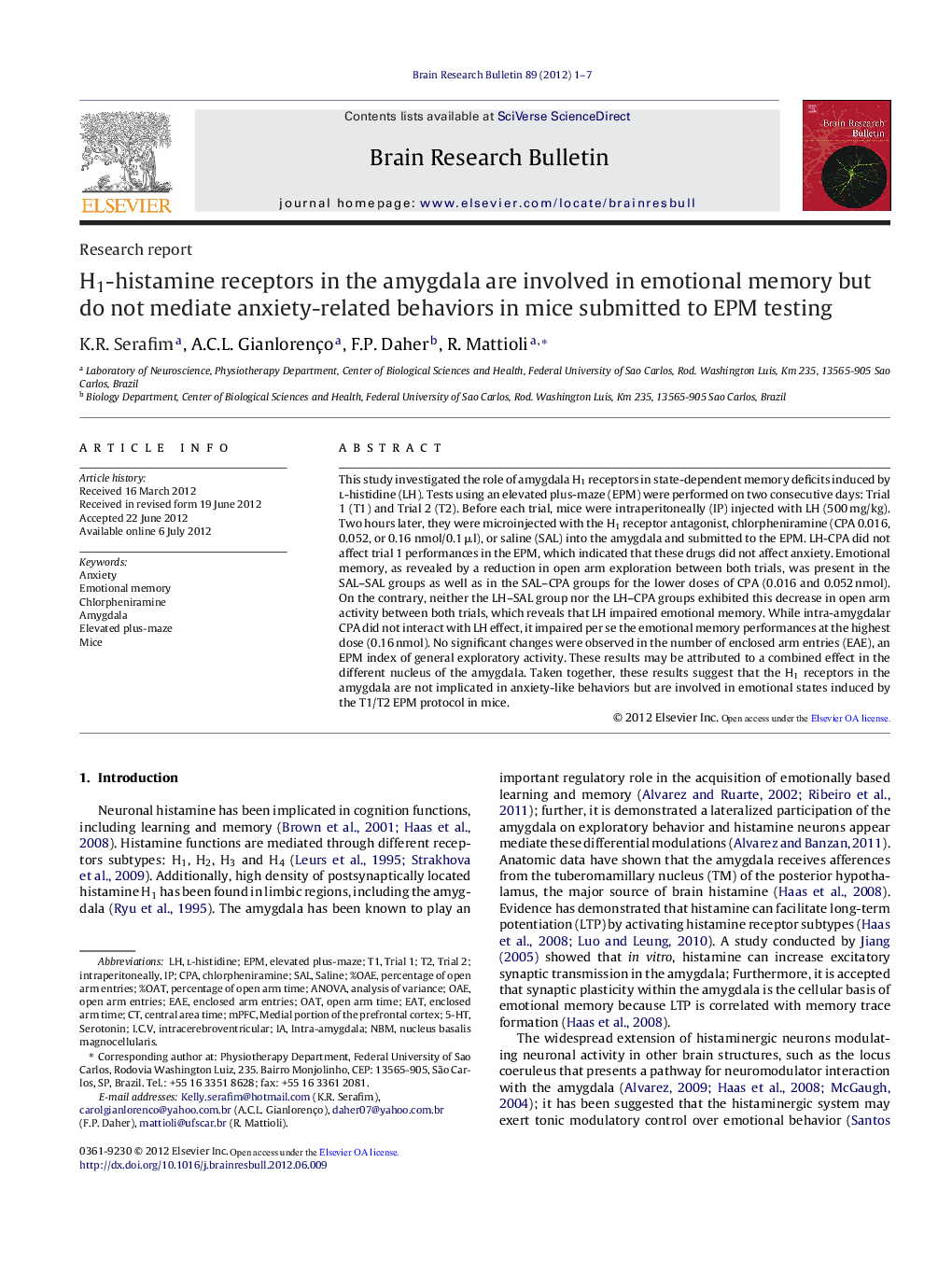 This study investigated the role of amygdala H1 receptors in state-dependent memory deficits induced by l-histidine (LH). Tests using an elevated plus-maze (EPM) were performed on two consecutive days: Trial 1 (T1) and Trial 2 (T2). Before each trial, mice were intraperitoneally (IP) injected with LH (500Â mg/kg). Two hours later, they were microinjected with the H1 receptor antagonist, chlorpheniramine (CPA 0.016, 0.052, or 0.16 nmol/0.1Â Î¼l), or saline (SAL) into the amygdala and submitted to the EPM. LH-CPA did not affect trial 1 performances in the EPM, which indicated that these drugs did not affect anxiety. Emotional memory, as revealed by a reduction in open arm exploration between both trials, was present in the SAL-SAL groups as well as in the SAL-CPA groups for the lower doses of CPA (0.016 and 0.052Â nmol). On the contrary, neither the LH-SAL group nor the LH-CPA groups exhibited this decrease in open arm activity between both trials, which reveals that LH impaired emotional memory. While intra-amygdalar CPA did not interact with LH effect, it impaired per se the emotional memory performances at the highest dose (0.16Â nmol). No significant changes were observed in the number of enclosed arm entries (EAE), an EPM index of general exploratory activity. These results may be attributed to a combined effect in the different nucleus of the amygdala. Taken together, these results suggest that the H1 receptors in the amygdala are not implicated in anxiety-like behaviors but are involved in emotional states induced by the T1/T2 EPM protocol in mice.