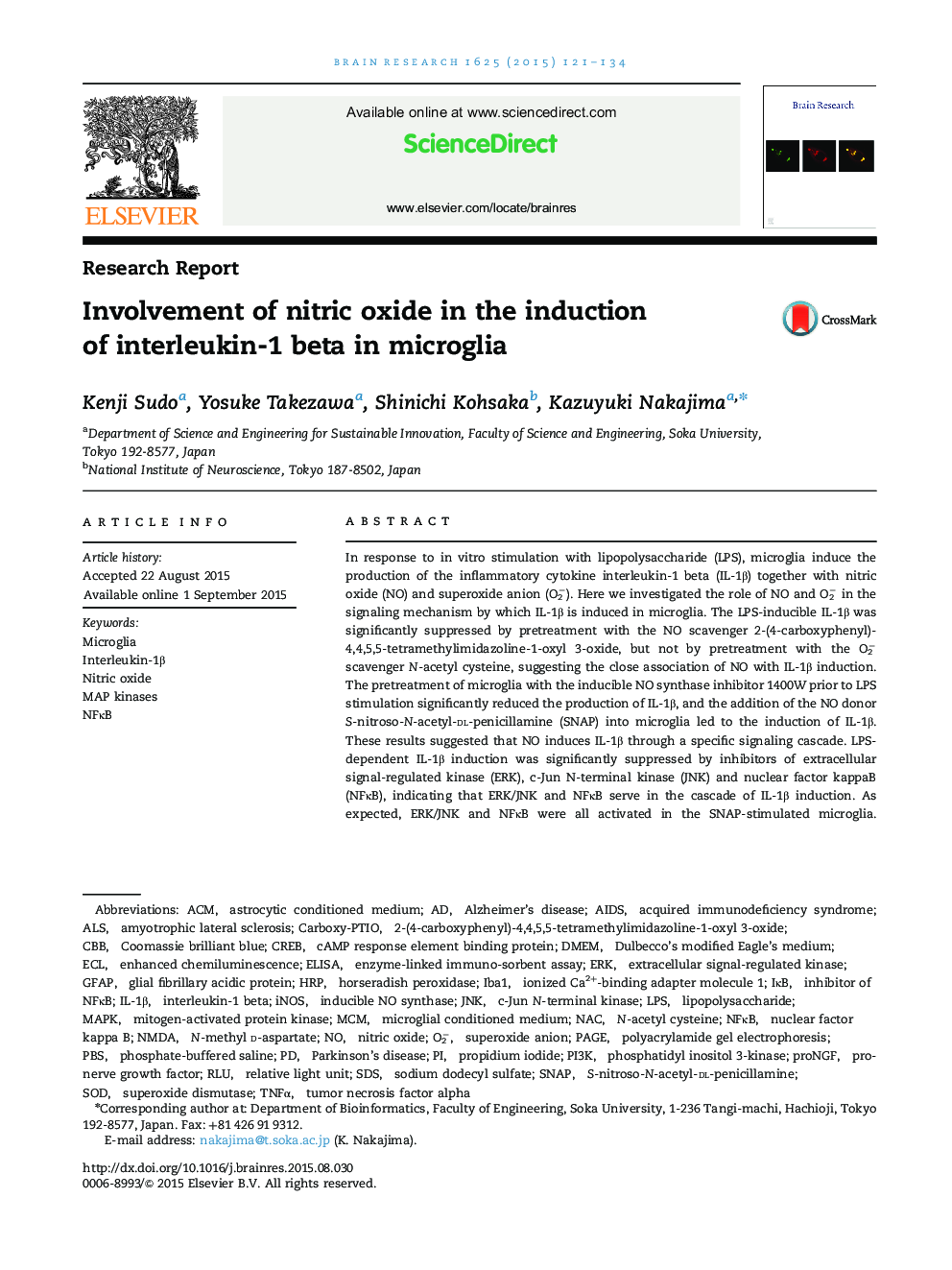 In response to in vitro stimulation with lipopolysaccharide (LPS), microglia induce the production of the inflammatory cytokine interleukin-1 beta (IL-1Î²) together with nitric oxide (NO) and superoxide anion (O2â). Here we investigated the role of NO and O2â in the signaling mechanism by which IL-1Î² is induced in microglia. The LPS-inducible IL-1Î² was significantly suppressed by pretreatment with the NO scavenger 2-(4-carboxyphenyl)-4,4,5,5-tetramethylimidazoline-1-oxyl 3-oxide, but not by pretreatment with the O2â scavenger N-acetyl cysteine, suggesting the close association of NO with IL-1Î² induction. The pretreatment of microglia with the inducible NO synthase inhibitor 1400W prior to LPS stimulation significantly reduced the production of IL-1Î², and the addition of the NO donor S-nitroso-N-acetyl-dl-penicillamine (SNAP) into microglia led to the induction of IL-1Î². These results suggested that NO induces IL-1Î² through a specific signaling cascade. LPS-dependent IL-1Î² induction was significantly suppressed by inhibitors of extracellular signal-regulated kinase (ERK), c-Jun N-terminal kinase (JNK) and nuclear factor kappaB (NFÎºB), indicating that ERK/JNK and NFÎºB serve in the cascade of IL-1Î² induction. As expected, ERK/JNK and NFÎºB were all activated in the SNAP-stimulated microglia. Taken together, these results indicate that NO is an important signaling molecule for the ERK/JNK and NFÎºB activations, which are requisite to the induction of IL-1Î² in microglia.