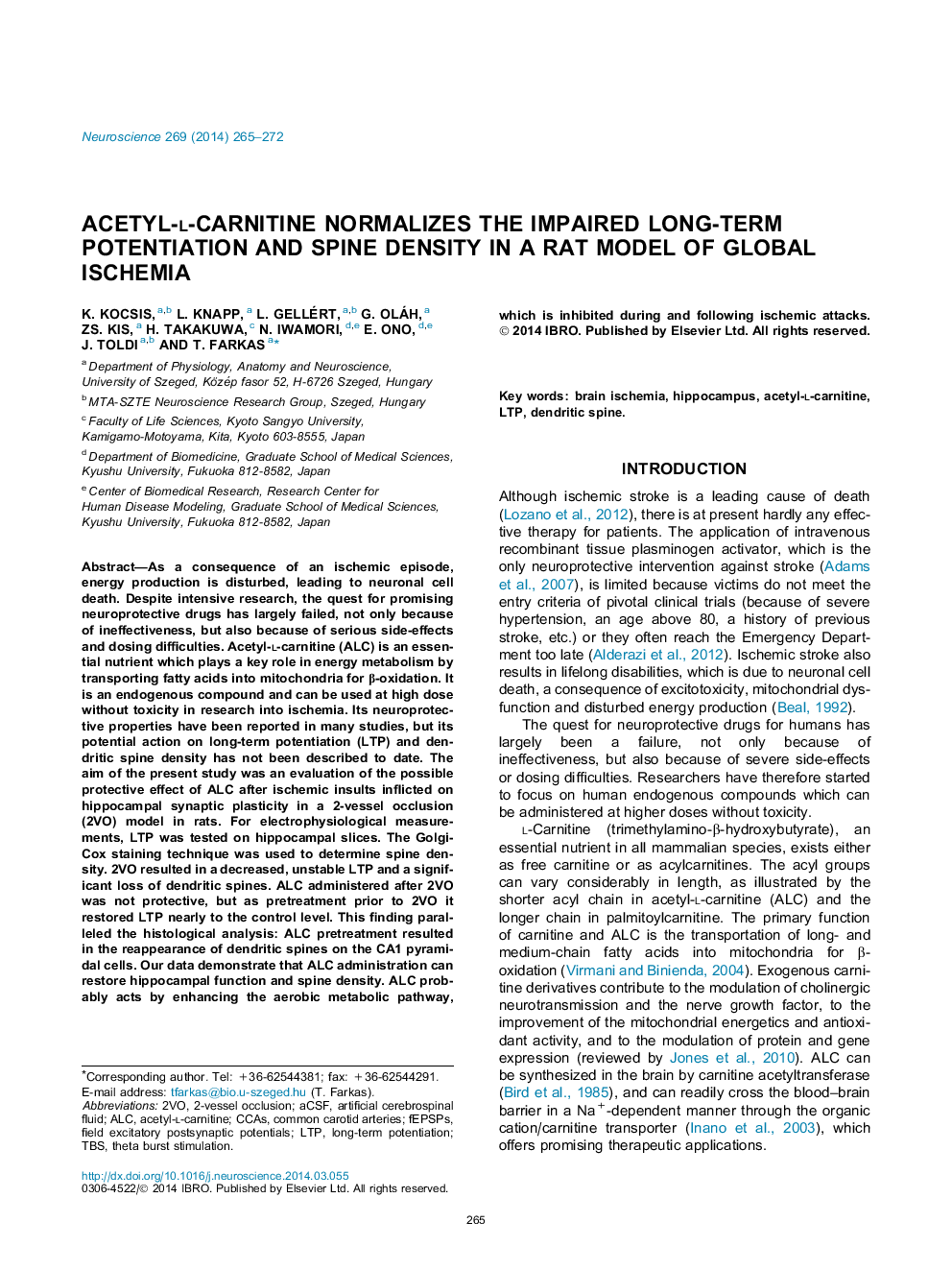 - ALC restores impaired LTP to the control level in the ischemic hippocampus.
- As a result, the spine density of CA1 pyramidal cells normalizes.
- This is the first demonstration that ALC can induce spine genesis in the CA1 region.
- ALC can be administered safely, even at high doses.
- ALC does not influence normal LTP in healthy rats.

As a consequence of an ischemic episode, energy production is disturbed, leading to neuronal cell death. Despite intensive research, the quest for promising neuroprotective drugs has largely failed, not only because of ineffectiveness, but also because of serious side-effects and dosing difficulties. Acetyl-l-carnitine (ALC) is an essential nutrient which plays a key role in energy metabolism by transporting fatty acids into mitochondria for Î²-oxidation. It is an endogenous compound and can be used at high dose without toxicity in research into ischemia. Its neuroprotective properties have been reported in many studies, but its potential action on long-term potentiation (LTP) and dendritic spine density has not been described to date. The aim of the present study was an evaluation of the possible protective effect of ALC after ischemic insults inflicted on hippocampal synaptic plasticity in a 2-vessel occlusion (2VO) model in rats. For electrophysiological measurements, LTP was tested on hippocampal slices. The Golgi-Cox staining technique was used to determine spine density. 2VO resulted in a decreased, unstable LTP and a significant loss of dendritic spines. ALC administered after 2VO was not protective, but as pretreatment prior to 2VO it restored LTP nearly to the control level. This finding paralleled the histological analysis: ALC pretreatment resulted in the reappearance of dendritic spines on the CA1 pyramidal cells. Our data demonstrate that ALC administration can restore hippocampal function and spine density. ALC probably acts by enhancing the aerobic metabolic pathway, which is inhibited during and following ischemic attacks.