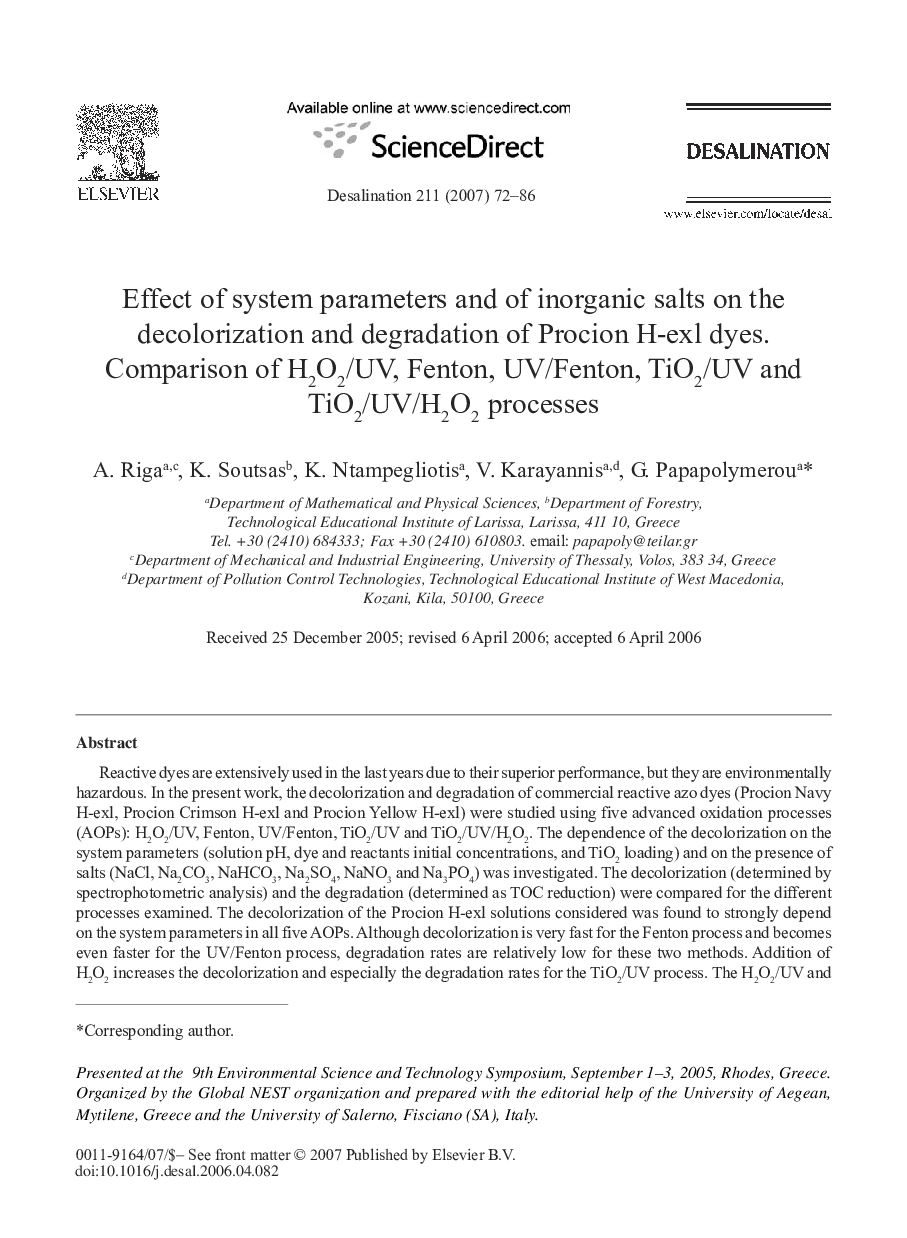 Reactive dyes are extensively used in the last years due to their superior performance, but they are environmentally hazardous. In the present work, the decolorization and degradation of commercial reactive azo dyes (Procion Navy H-exl, Procion Crimson H-exl and Procion Yellow H-exl) were studied using five advanced oxidation processes (AOPs): H2O2/UV, Fenton, UV/Fenton, TiO2/UV and TiO2/UV/H2O2. The dependence of the decolorization on the system parameters (solution pH, dye and reactants initial concentrations, and TiO2 loading) and on the presence of salts (NaCl, Na2CO3, NaHCO3, Na2SO4, NaNO3 and Na3PO4) was investigated. The decolorization (determined by spectrophotometric analysis) and the degradation (determined as TOC reduction) were compared for the different processes examined. The decolorization of the Procion H-exl solutions considered was found to strongly depend on the system parameters in all five AOPs. Although decolorization is very fast for the Fenton process and becomes even faster for the UV/Fenton process, degradation rates are relatively low for these two methods. Addition of H2O2 increases the decolorization and especially the degradation rates for the TiO2/UV process. The H2O2/UV and TiO2/UV/H2O2 processes result in the fastest dye degradation. The addition of the salts examined has in general an adverse effect on the decolorization rates, but to a varying degree depending on the salt used.