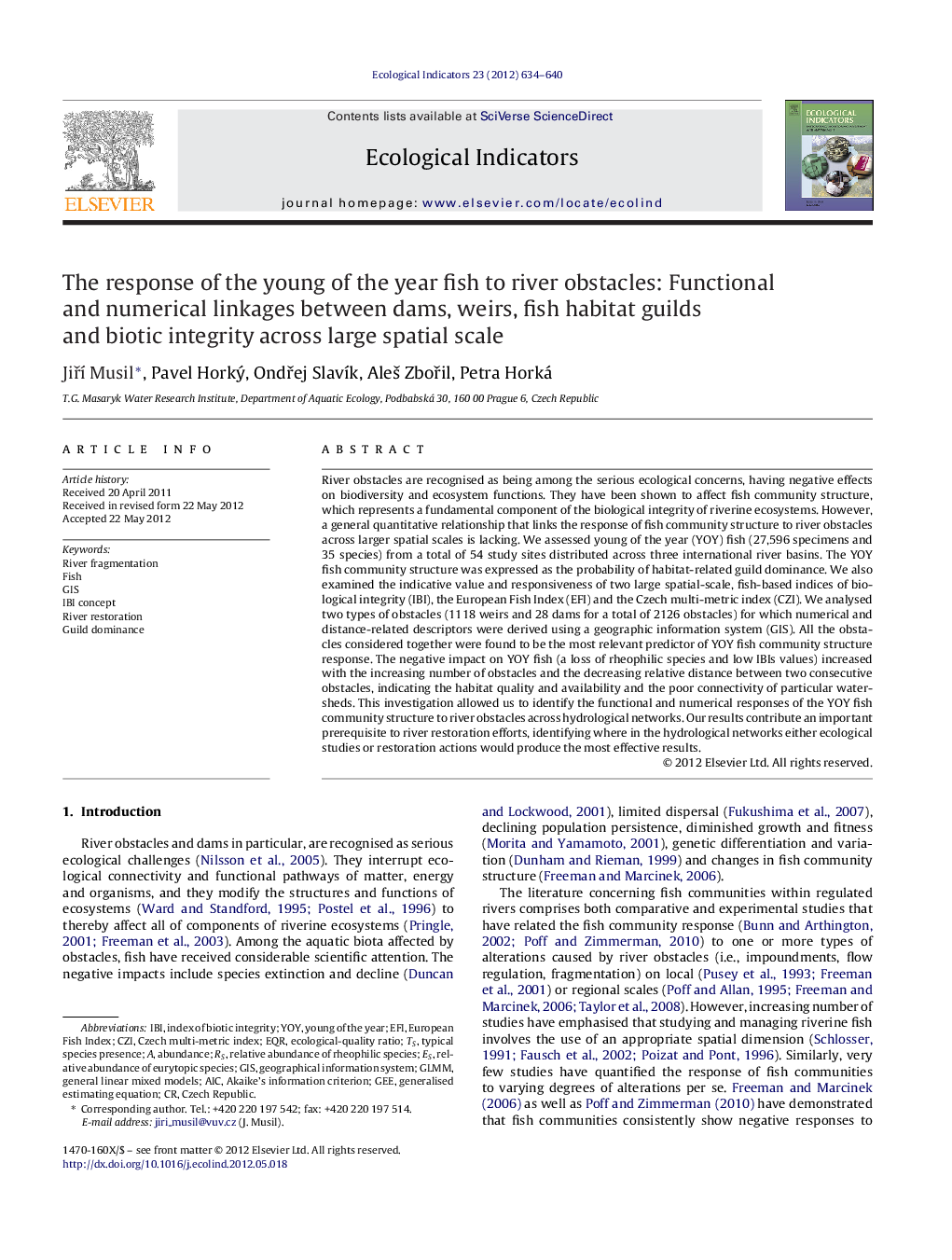 River obstacles are recognised as being among the serious ecological concerns, having negative effects on biodiversity and ecosystem functions. They have been shown to affect fish community structure, which represents a fundamental component of the biological integrity of riverine ecosystems. However, a general quantitative relationship that links the response of fish community structure to river obstacles across larger spatial scales is lacking. We assessed young of the year (YOY) fish (27,596 specimens and 35 species) from a total of 54 study sites distributed across three international river basins. The YOY fish community structure was expressed as the probability of habitat-related guild dominance. We also examined the indicative value and responsiveness of two large spatial-scale, fish-based indices of biological integrity (IBI), the European Fish Index (EFI) and the Czech multi-metric index (CZI). We analysed two types of obstacles (1118 weirs and 28 dams for a total of 2126 obstacles) for which numerical and distance-related descriptors were derived using a geographic information system (GIS). All the obstacles considered together were found to be the most relevant predictor of YOY fish community structure response. The negative impact on YOY fish (a loss of rheophilic species and low IBIs values) increased with the increasing number of obstacles and the decreasing relative distance between two consecutive obstacles, indicating the habitat quality and availability and the poor connectivity of particular watersheds. This investigation allowed us to identify the functional and numerical responses of the YOY fish community structure to river obstacles across hydrological networks. Our results contribute an important prerequisite to river restoration efforts, identifying where in the hydrological networks either ecological studies or restoration actions would produce the most effective results.