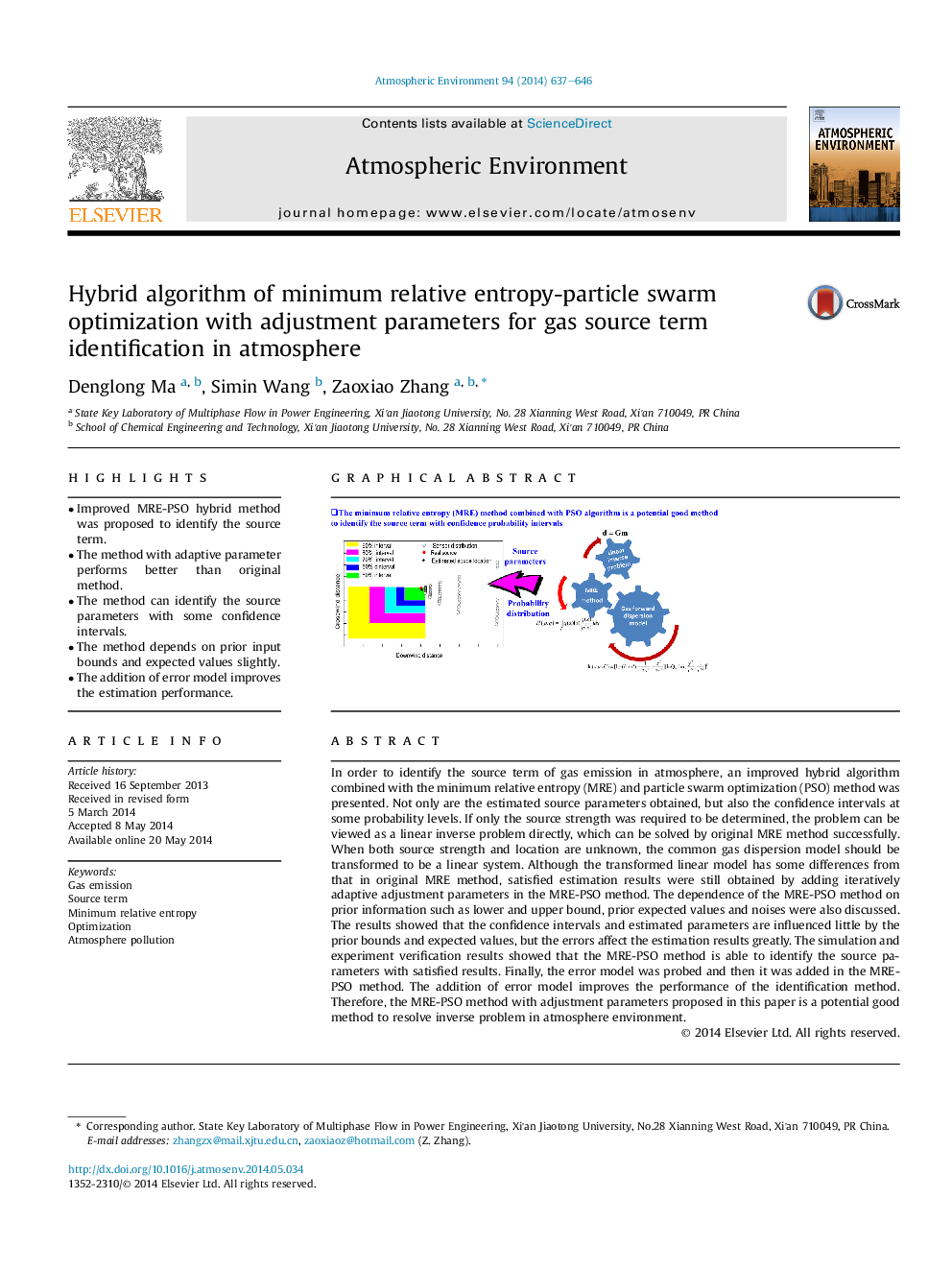 In order to identify the source term of gas emission in atmosphere, an improved hybrid algorithm combined with the minimum relative entropy (MRE) and particle swarm optimization (PSO) method was presented. Not only are the estimated source parameters obtained, but also the confidence intervals at some probability levels. If only the source strength was required to be determined, the problem can be viewed as a linear inverse problem directly, which can be solved by original MRE method successfully. When both source strength and location are unknown, the common gas dispersion model should be transformed to be a linear system. Although the transformed linear model has some differences from that in original MRE method, satisfied estimation results were still obtained by adding iteratively adaptive adjustment parameters in the MRE-PSO method. The dependence of the MRE-PSO method on prior information such as lower and upper bound, prior expected values and noises were also discussed. The results showed that the confidence intervals and estimated parameters are influenced little by the prior bounds and expected values, but the errors affect the estimation results greatly. The simulation and experiment verification results showed that the MRE-PSO method is able to identify the source parameters with satisfied results. Finally, the error model was probed and then it was added in the MRE-PSO method. The addition of error model improves the performance of the identification method. Therefore, the MRE-PSO method with adjustment parameters proposed in this paper is a potential good method to resolve inverse problem in atmosphere environment.