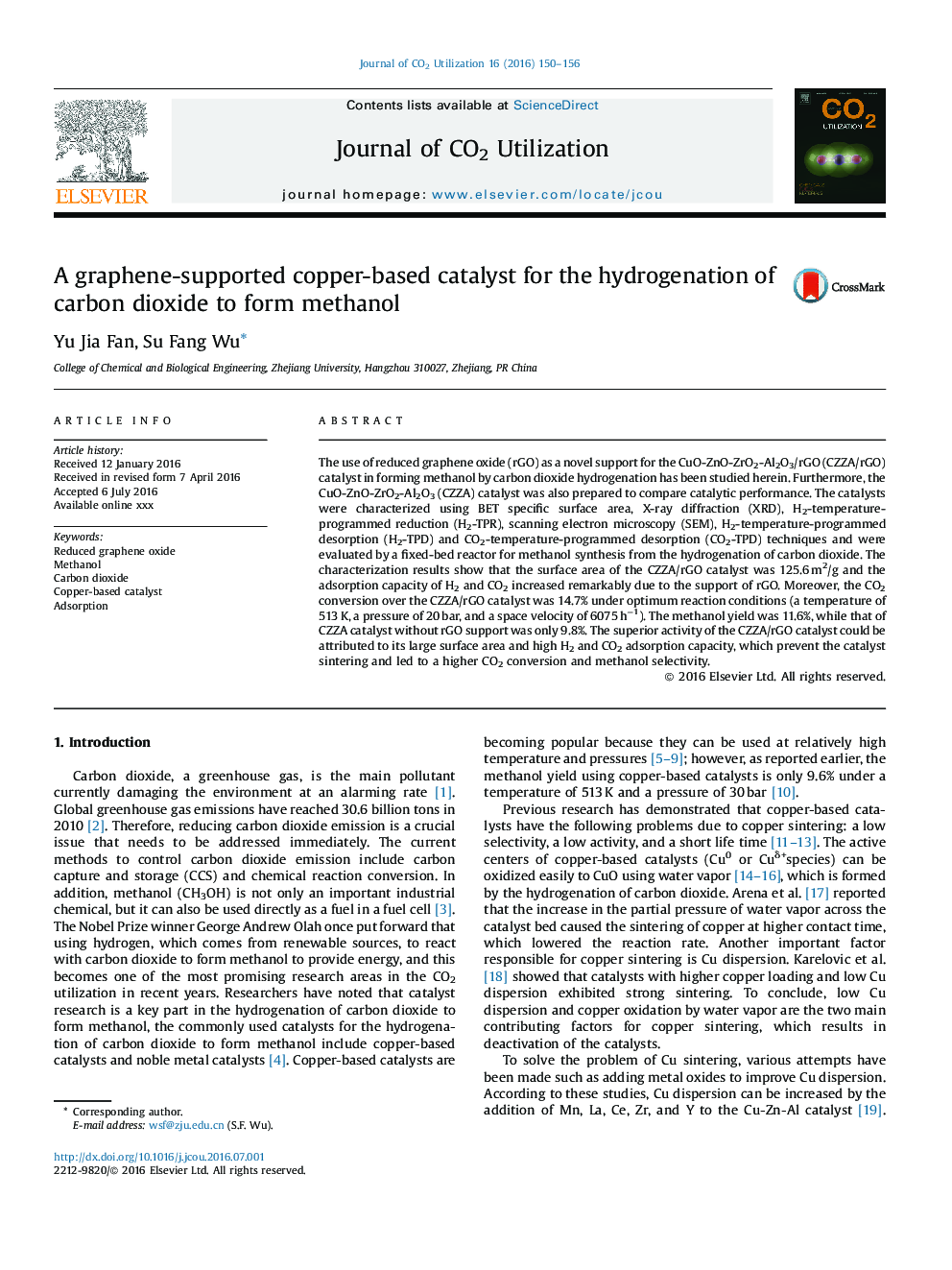 • Graphene as novel support was used for developing a new copper-based catalyst.
• New catalyst with big surface area increase H2 adsorption and copper reducibility.
• The catalytic activity is improved and Cu sintering is hindered due to graphene.

The use of reduced graphene oxide (rGO) as a novel support for the CuO-ZnO-ZrO2-Al2O3/rGO (CZZA/rGO) catalyst in forming methanol by carbon dioxide hydrogenation has been studied herein. Furthermore, the CuO-ZnO-ZrO2-Al2O3 (CZZA) catalyst was also prepared to compare catalytic performance. The catalysts were characterized using BET specific surface area, X-ray diffraction (XRD), H2-temperature-programmed reduction (H2-TPR), scanning electron microscopy (SEM), H2-temperature-programmed desorption (H2-TPD) and CO2-temperature-programmed desorption (CO2-TPD) techniques and were evaluated by a fixed-bed reactor for methanol synthesis from the hydrogenation of carbon dioxide. The characterization results show that the surface area of the CZZA/rGO catalyst was 125.6 m2/g and the adsorption capacity of H2 and CO2 increased remarkably due to the support of rGO. Moreover, the CO2 conversion over the CZZA/rGO catalyst was 14.7% under optimum reaction conditions (a temperature of 513 K, a pressure of 20 bar, and a space velocity of 6075 h−1). The methanol yield was 11.6%, while that of CZZA catalyst without rGO support was only 9.8%. The superior activity of the CZZA/rGO catalyst could be attributed to its large surface area and high H2 and CO2 adsorption capacity, which prevent the catalyst sintering and led to a higher CO2 conversion and methanol selectivity.