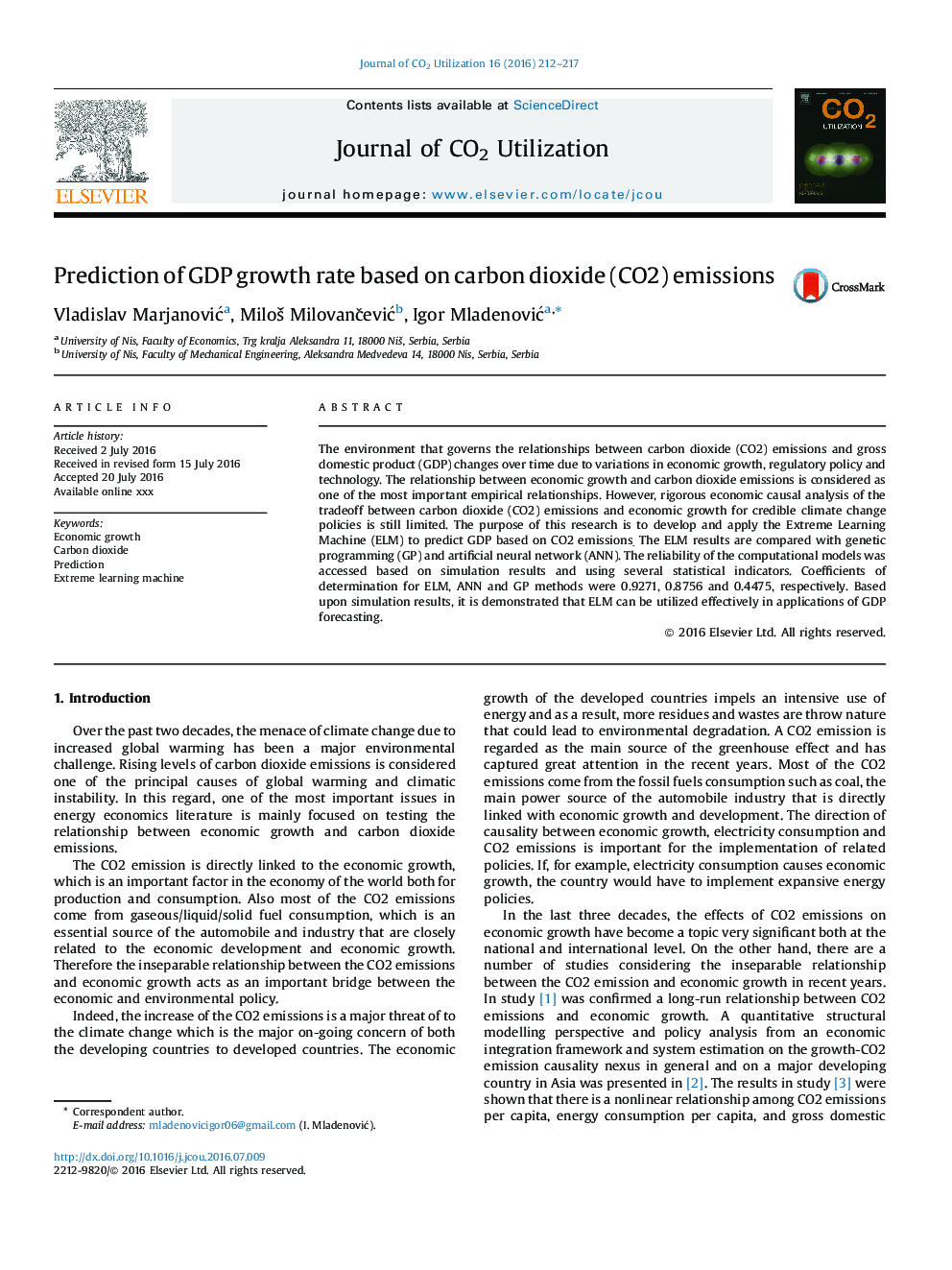 • In this investigation was analyzed the GDP prediction.
• Extreme Learning Machine (ELM) to predict GDP..
• ELM can be utilized effectively in applications of GDP emission forecasting.

The environment that governs the relationships between carbon dioxide (CO2) emissions and gross domestic product (GDP) changes over time due to variations in economic growth, regulatory policy and technology. The relationship between economic growth and carbon dioxide emissions is considered as one of the most important empirical relationships. However, rigorous economic causal analysis of the tradeoff between carbon dioxide (CO2) emissions and economic growth for credible climate change policies is still limited. The purpose of this research is to develop and apply the Extreme Learning Machine (ELM) to predict GDP based on CO2 emissions. The ELM results are compared with genetic programming (GP) and artificial neural network (ANN). The reliability of the computational models was accessed based on simulation results and using several statistical indicators. Coefficients of determination for ELM, ANN and GP methods were 0.9271, 0.8756 and 0.4475, respectively. Based upon simulation results, it is demonstrated that ELM can be utilized effectively in applications of GDP forecasting.