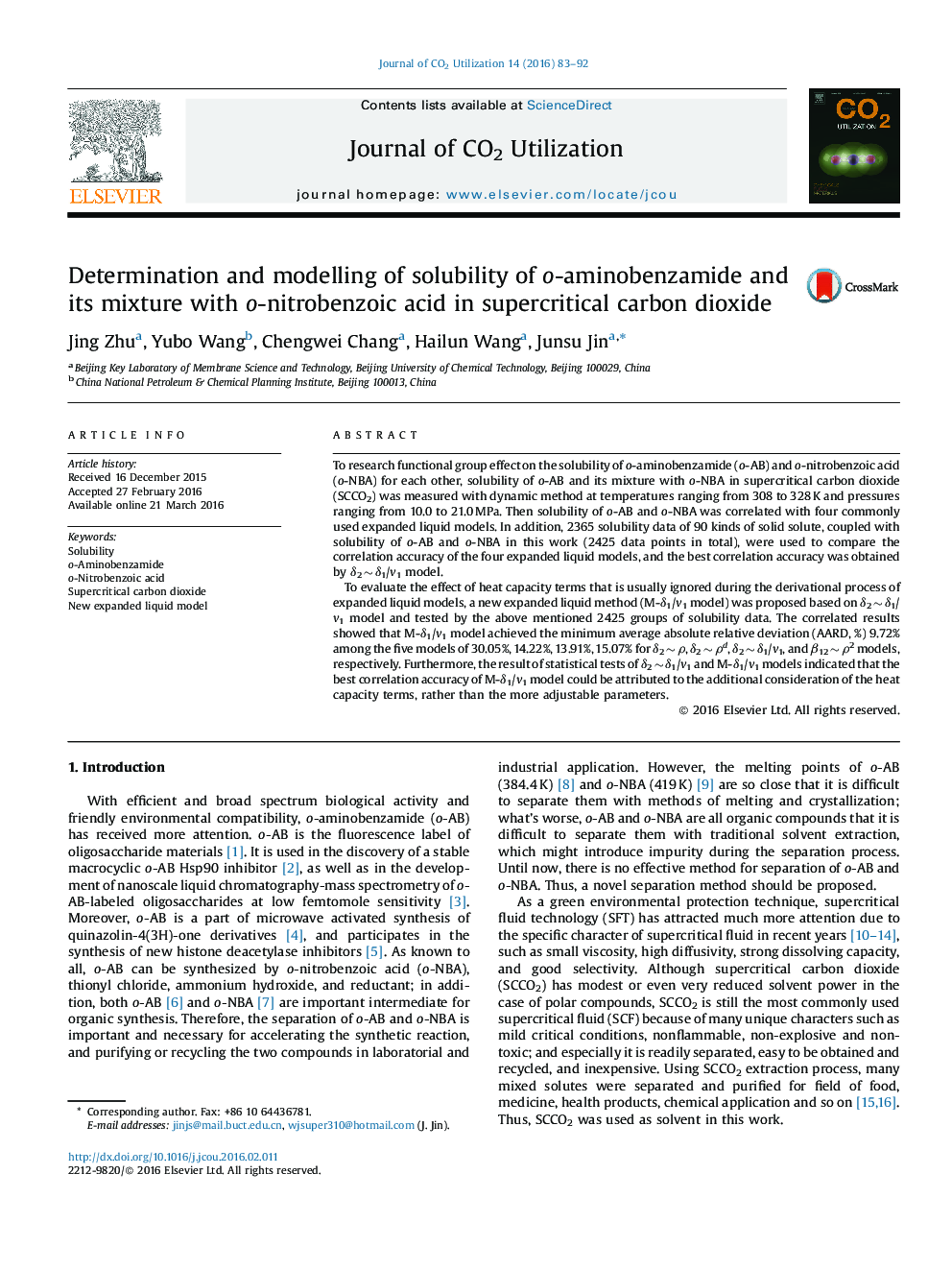 To research functional group effect on the solubility of o-aminobenzamide (o-AB) and o-nitrobenzoic acid (o-NBA) for each other, solubility of o-AB and its mixture with o-NBA in supercritical carbon dioxide (SCCO2) was measured with dynamic method at temperatures ranging from 308 to 328 K and pressures ranging from 10.0 to 21.0 MPa. Then solubility of o-AB and o-NBA was correlated with four commonly used expanded liquid models. In addition, 2365 solubility data of 90 kinds of solid solute, coupled with solubility of o-AB and o-NBA in this work (2425 data points in total), were used to compare the correlation accuracy of the four expanded liquid models, and the best correlation accuracy was obtained by δ2 ∼ δ1/v1 model.To evaluate the effect of heat capacity terms that is usually ignored during the derivational process of expanded liquid models, a new expanded liquid method (M-δ1/v1 model) was proposed based on δ2 ∼ δ1/v1 model and tested by the above mentioned 2425 groups of solubility data. The correlated results showed that M-δ1/v1 model achieved the minimum average absolute relative deviation (AARD, %) 9.72% among the five models of 30.05%, 14.22%, 13.91%, 15.07% for δ2 ∼ ρ, δ2 ∼ ρd, δ2 ∼ δ1/v1, and β12 ∼ ρ2 models, respectively. Furthermore, the result of statistical tests of δ2 ∼ δ1/v1 and M-δ1/v1 models indicated that the best correlation accuracy of M-δ1/v1 model could be attributed to the additional consideration of the heat capacity terms, rather than the more adjustable parameters.