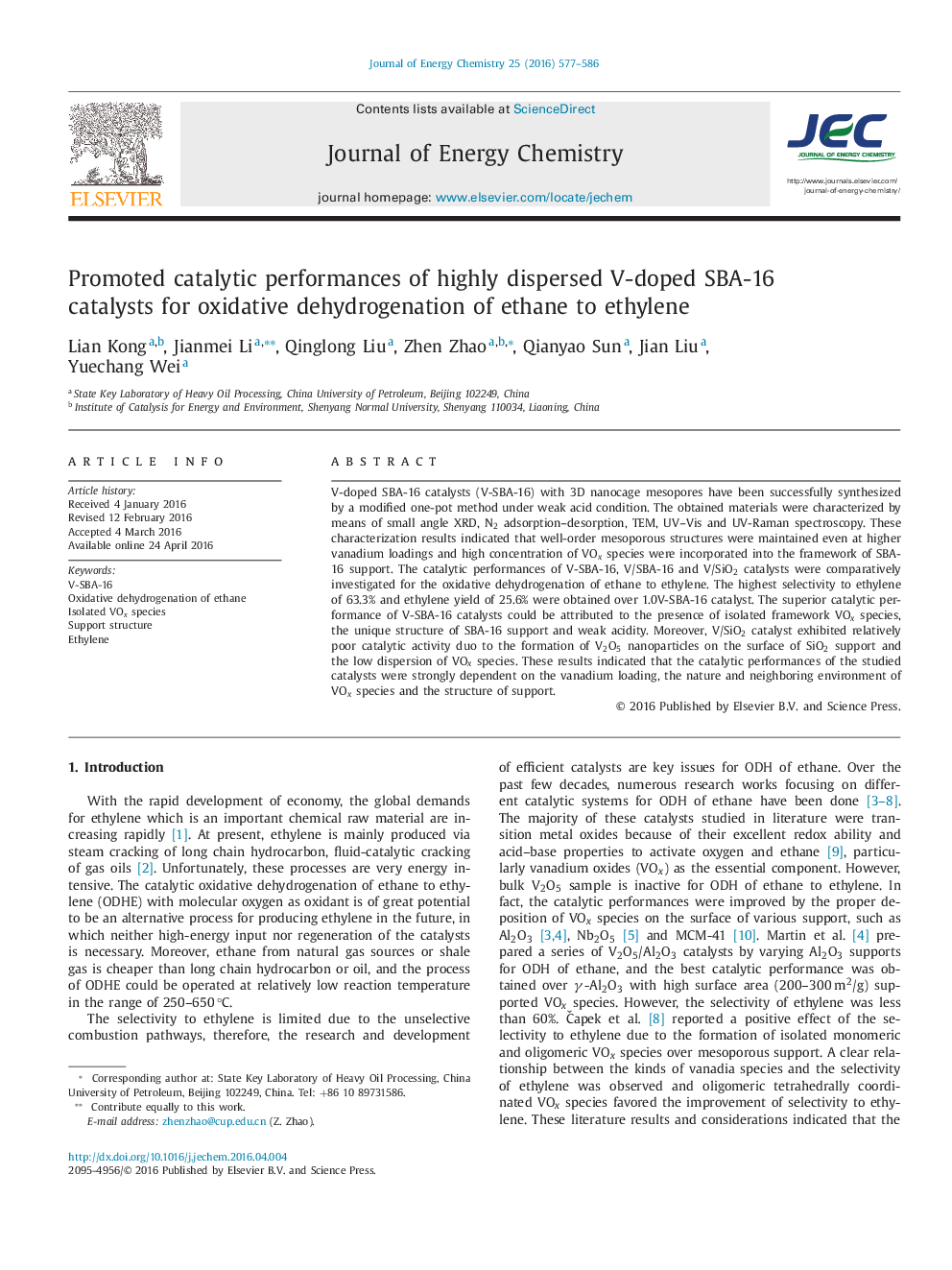 V-doped SBA-16 catalysts (V-SBA-16) with 3D nanocage mesopores have been successfully synthesized by a modified one-pot method under weak acid condition. The obtained materials were characterized by means of small angle XRD, N2 adsorption–desorption, TEM, UV–Vis and UV-Raman spectroscopy. These characterization results indicated that well-order mesoporous structures were maintained even at higher vanadium loadings and high concentration of VOx species were incorporated into the framework of SBA-16 support. The catalytic performances of V-SBA-16, V/SBA-16 and V/SiO2 catalysts were comparatively investigated for the oxidative dehydrogenation of ethane to ethylene. The highest selectivity to ethylene of 63.3% and ethylene yield of 25.6% were obtained over 1.0V-SBA-16 catalyst. The superior catalytic performance of V-SBA-16 catalysts could be attributed to the presence of isolated framework VOx species, the unique structure of SBA-16 support and weak acidity. Moreover, V/SiO2 catalyst exhibited relatively poor catalytic activity duo to the formation of V2O5 nanoparticles on the surface of SiO2 support and the low dispersion of VOx species. These results indicated that the catalytic performances of the studied catalysts were strongly dependent on the vanadium loading, the nature and neighboring environment of VOx species and the structure of support.

The V-SBA-16 catalyst exhibited a superior catalytic performance of ODHE compared with V/SBA-16 and V/SiO2 catalysts. The improvement of catalytic activity for V-SBA-16 catalyst was ascribed to the incorporated V into the framework of SBA-16.Figure optionsDownload as PowerPoint slide