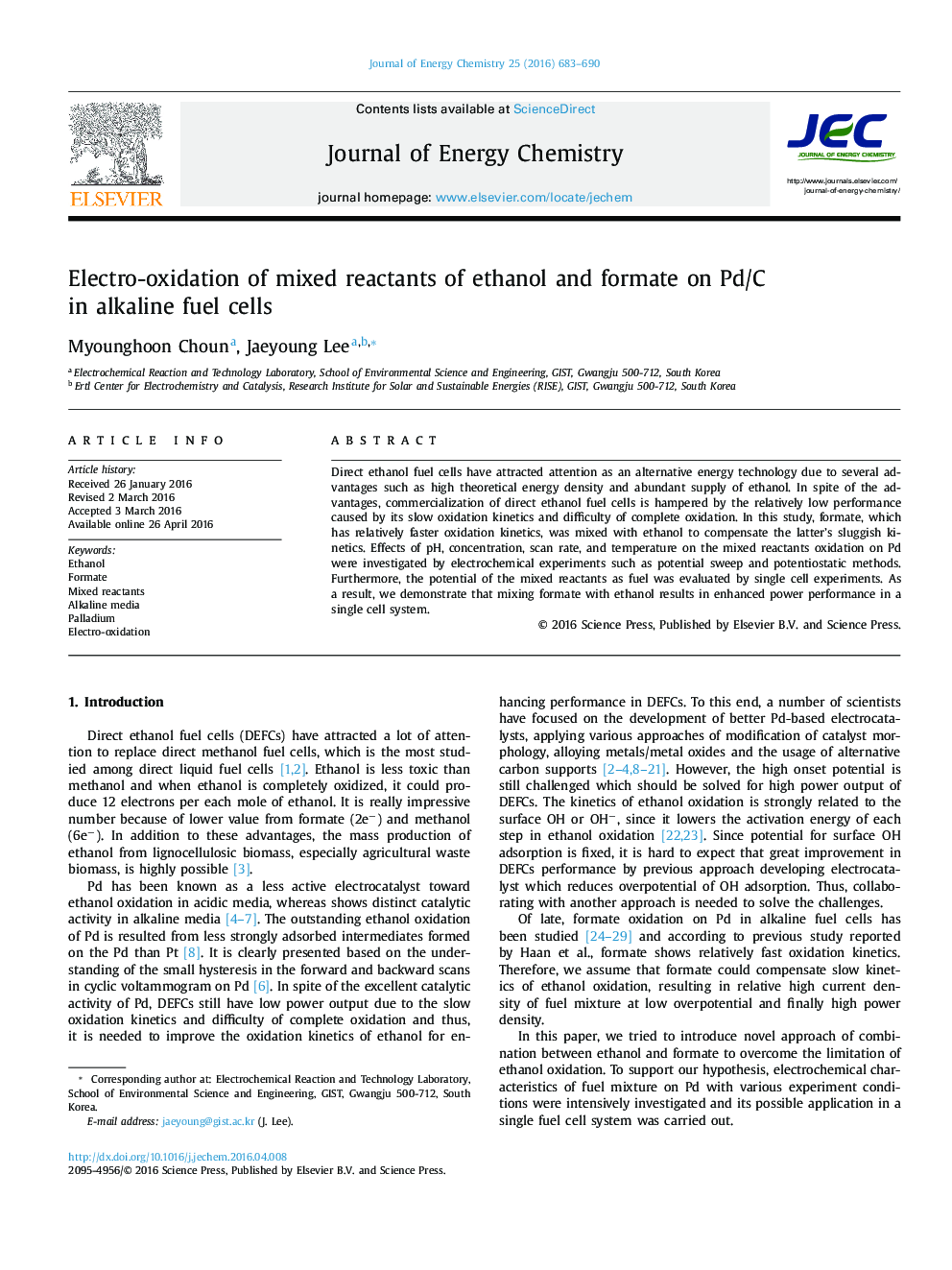 Direct ethanol fuel cells have attracted attention as an alternative energy technology due to several advantages such as high theoretical energy density and abundant supply of ethanol. In spite of the advantages, commercialization of direct ethanol fuel cells is hampered by the relatively low performance caused by its slow oxidation kinetics and difficulty of complete oxidation. In this study, formate, which has relatively faster oxidation kinetics, was mixed with ethanol to compensate the latter's sluggish kinetics. Effects of pH, concentration, scan rate, and temperature on the mixed reactants oxidation on Pd were investigated by electrochemical experiments such as potential sweep and potentiostatic methods. Furthermore, the potential of the mixed reactants as fuel was evaluated by single cell experiments. As a result, we demonstrate that mixing formate with ethanol results in enhanced power performance in a single cell system.