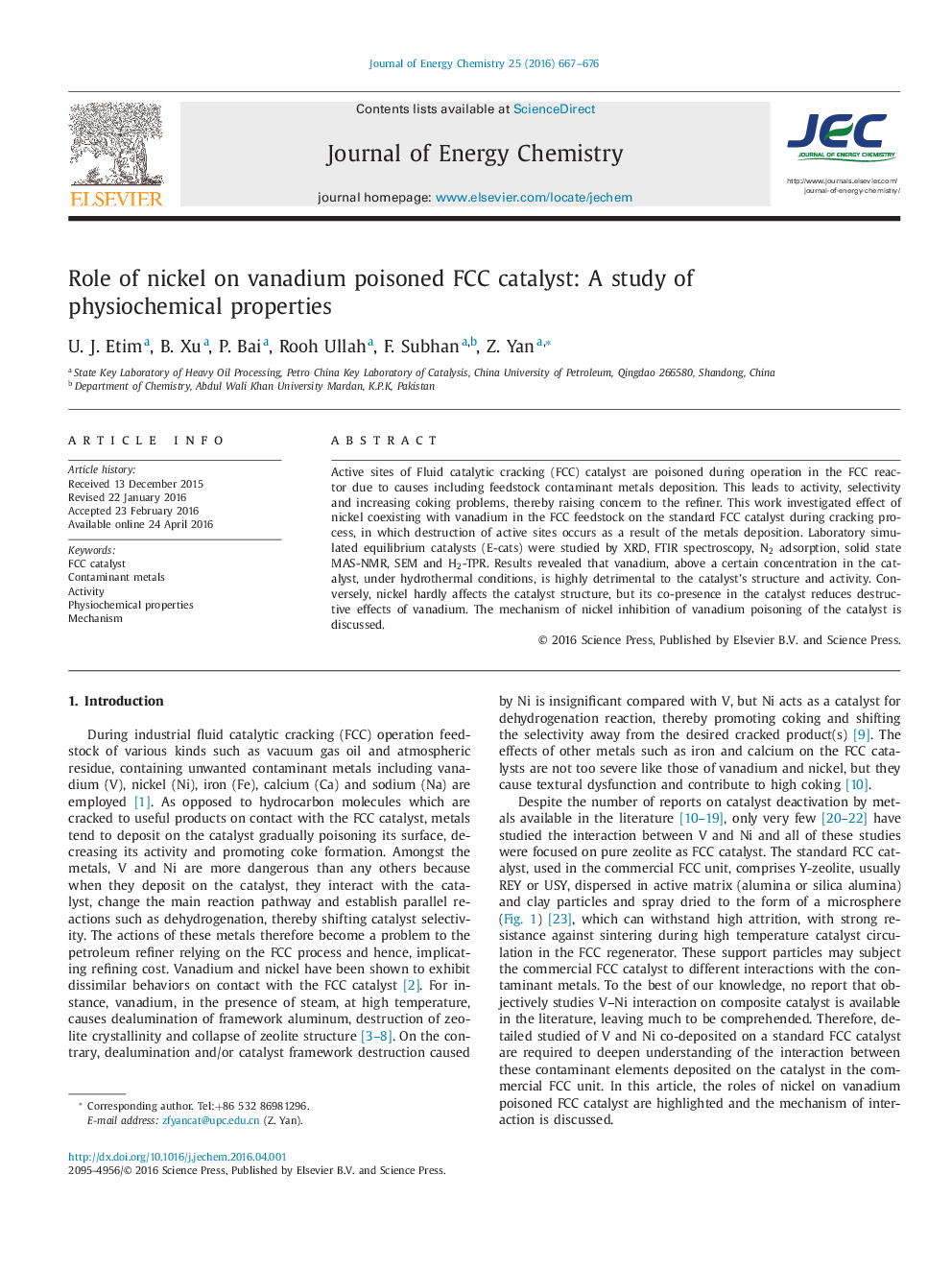 Active sites of Fluid catalytic cracking (FCC) catalyst are poisoned during operation in the FCC reactor due to causes including feedstock contaminant metals deposition. This leads to activity, selectivity and increasing coking problems, thereby raising concern to the refiner. This work investigated effect of nickel coexisting with vanadium in the FCC feedstock on the standard FCC catalyst during cracking process, in which destruction of active sites occurs as a result of the metals deposition. Laboratory simulated equilibrium catalysts (E-cats) were studied by XRD, FTIR spectroscopy, N2 adsorption, solid state MAS-NMR, SEM and H2-TPR. Results revealed that vanadium, above a certain concentration in the catalyst, under hydrothermal conditions, is highly detrimental to the catalyst's structure and activity. Conversely, nickel hardly affects the catalyst structure, but its co-presence in the catalyst reduces destructive effects of vanadium. The mechanism of nickel inhibition of vanadium poisoning of the catalyst is discussed.

Vanadium degrades crystallinity of the catalyst when it exists alone, but in the presence of nickel, another catalyst poison, crystallinity is retained. This behavior follows reactions between the metals according to the equations in the picture. Figure optionsDownload as PowerPoint slide