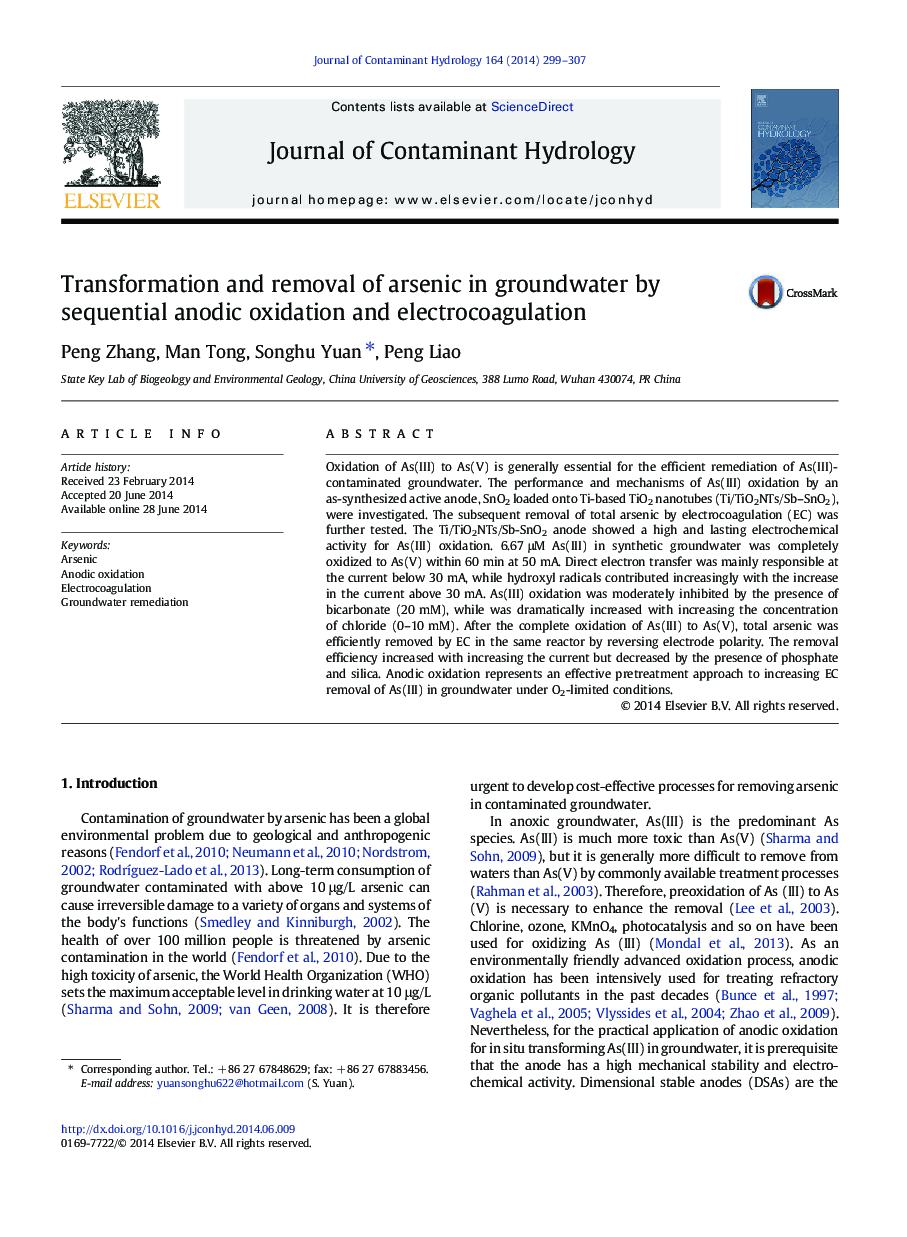 Oxidation of As(III) to As(V) is generally essential for the efficient remediation of As(III)-contaminated groundwater. The performance and mechanisms of As(III) oxidation by an as-synthesized active anode, SnO2 loaded onto Ti-based TiO2 nanotubes (Ti/TiO2NTs/Sb-SnO2), were investigated. The subsequent removal of total arsenic by electrocoagulation (EC) was further tested. The Ti/TiO2NTs/Sb-SnO2 anode showed a high and lasting electrochemical activity for As(III) oxidation. 6.67Â Î¼M As(III) in synthetic groundwater was completely oxidized to As(V) within 60Â min at 50Â mA. Direct electron transfer was mainly responsible at the current below 30Â mA, while hydroxyl radicals contributed increasingly with the increase in the current above 30Â mA. As(III) oxidation was moderately inhibited by the presence of bicarbonate (20Â mM), while was dramatically increased with increasing the concentration of chloride (0-10Â mM). After the complete oxidation of As(III) to As(V), total arsenic was efficiently removed by EC in the same reactor by reversing electrode polarity. The removal efficiency increased with increasing the current but decreased by the presence of phosphate and silica. Anodic oxidation represents an effective pretreatment approach to increasing EC removal of As(III) in groundwater under O2-limited conditions.