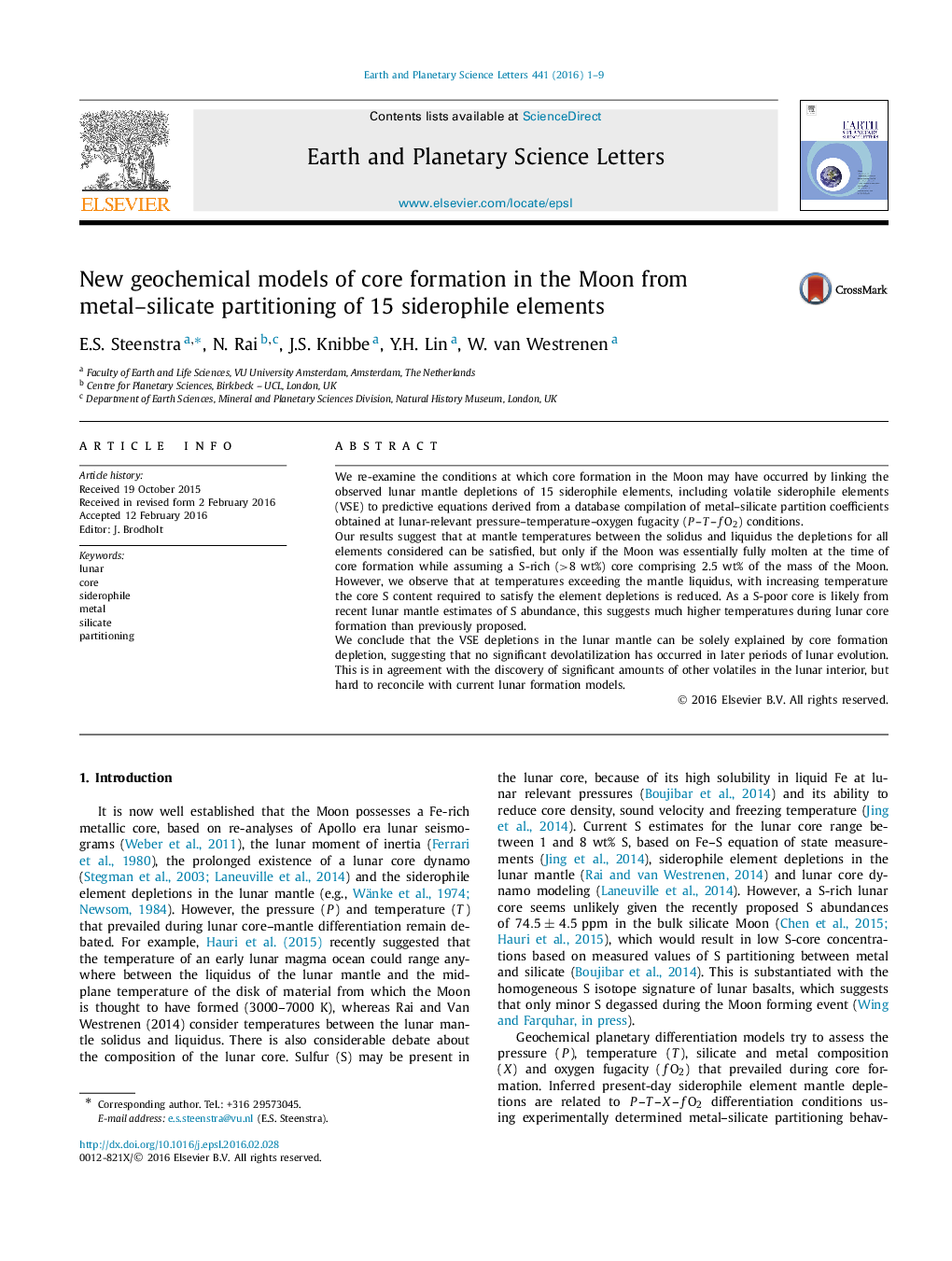 - Core-mantle differentiation occurred in a fully molten Moon.
- The lunar core is not necessarily sulfur-rich.
- The Moon is not devolatilized in many volatile siderophile elements

We re-examine the conditions at which core formation in the Moon may have occurred by linking the observed lunar mantle depletions of 15 siderophile elements, including volatile siderophile elements (VSE) to predictive equations derived from a database compilation of metal-silicate partition coefficients obtained at lunar-relevant pressure-temperature-oxygen fugacity (P-T-fO2) conditions.Our results suggest that at mantle temperatures between the solidus and liquidus the depletions for all elements considered can be satisfied, but only if the Moon was essentially fully molten at the time of core formation while assuming a S-rich (>8 wt%) core comprising 2.5 wt% of the mass of the Moon. However, we observe that at temperatures exceeding the mantle liquidus, with increasing temperature the core S content required to satisfy the element depletions is reduced. As a S-poor core is likely from recent lunar mantle estimates of S abundance, this suggests much higher temperatures during lunar core formation than previously proposed.We conclude that the VSE depletions in the lunar mantle can be solely explained by core formation depletion, suggesting that no significant devolatilization has occurred in later periods of lunar evolution. This is in agreement with the discovery of significant amounts of other volatiles in the lunar interior, but hard to reconcile with current lunar formation models.