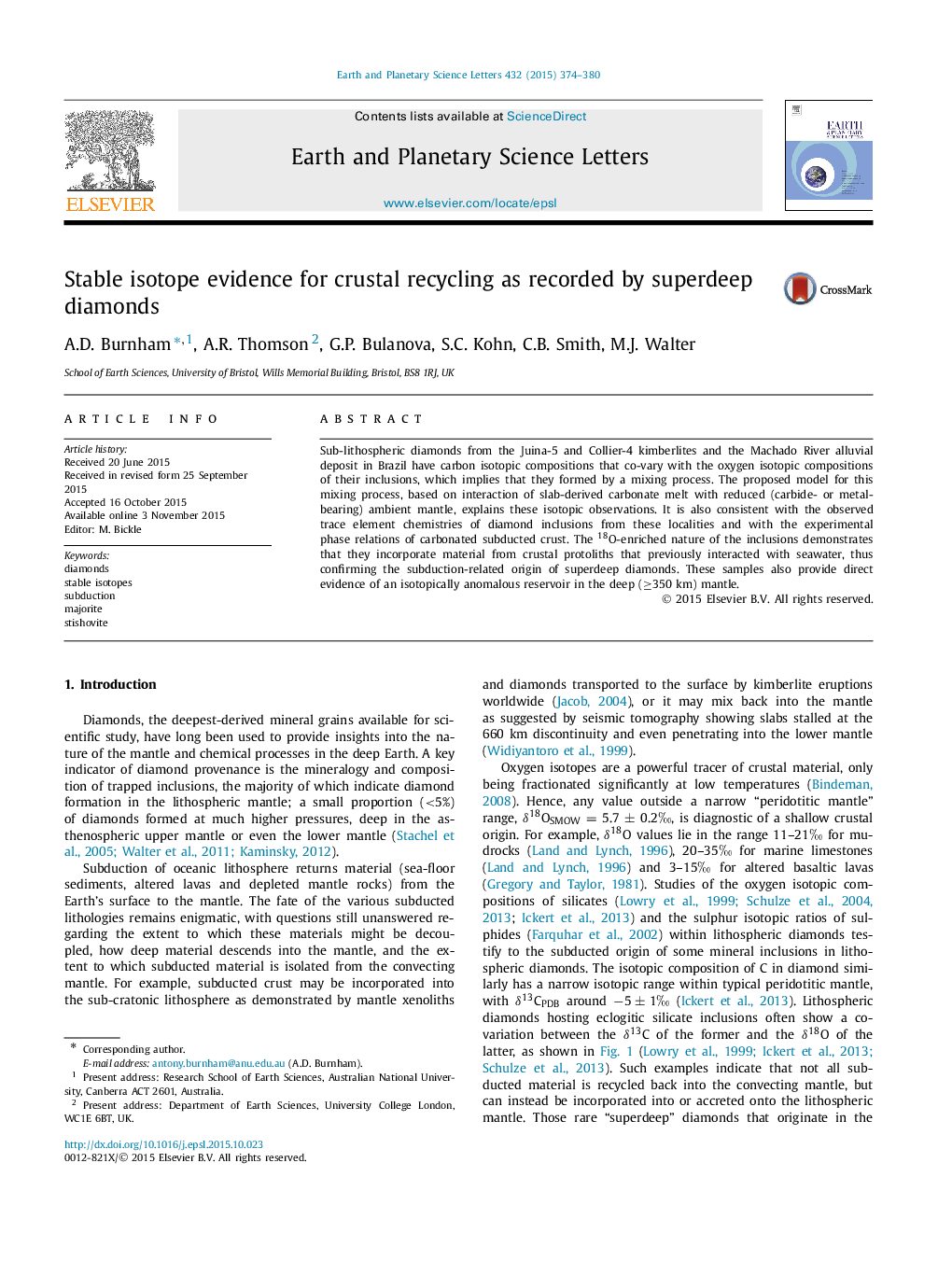 - We measured Î´18O of inclusions in superdeep diamonds.
- High Î´18O values prove the protolith interacted with seawater at low temperatures.
- Crustal materials can retain their isotopic signatures to great depth in the mantle.
- Î´18O of inclusions correlates with Î´13C of the diamonds, suggesting a mixing process.

Sub-lithospheric diamonds from the Juina-5 and Collier-4 kimberlites and the Machado River alluvial deposit in Brazil have carbon isotopic compositions that co-vary with the oxygen isotopic compositions of their inclusions, which implies that they formed by a mixing process. The proposed model for this mixing process, based on interaction of slab-derived carbonate melt with reduced (carbide- or metal-bearing) ambient mantle, explains these isotopic observations. It is also consistent with the observed trace element chemistries of diamond inclusions from these localities and with the experimental phase relations of carbonated subducted crust. The 18O-enriched nature of the inclusions demonstrates that they incorporate material from crustal protoliths that previously interacted with seawater, thus confirming the subduction-related origin of superdeep diamonds. These samples also provide direct evidence of an isotopically anomalous reservoir in the deep (â¥350 km) mantle.