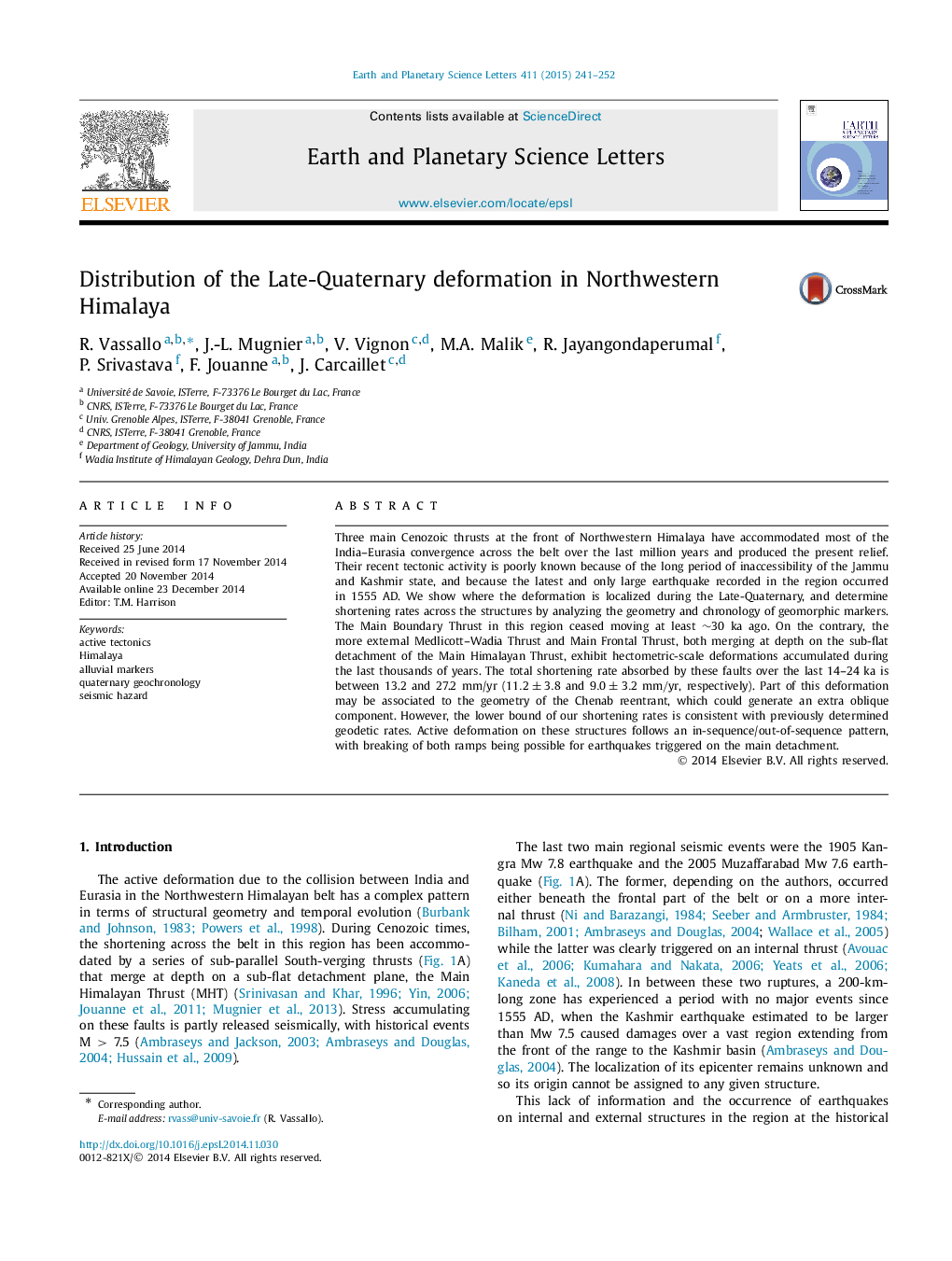 - Geomorphic shortening rates across the two most active regional thrusts are 11.2Â±3.8 mm/yr and 9.0Â±3.2 mm/yr, respectively.
- Late-quaternary deformation follows an in-sequence/out-of-sequence pattern.
- Breaking of both ramps is possible for earthquakes triggered on the main detachment.

Three main Cenozoic thrusts at the front of Northwestern Himalaya have accommodated most of the India-Eurasia convergence across the belt over the last million years and produced the present relief. Their recent tectonic activity is poorly known because of the long period of inaccessibility of the Jammu and Kashmir state, and because the latest and only large earthquake recorded in the region occurred in 1555 AD. We show where the deformation is localized during the Late-Quaternary, and determine shortening rates across the structures by analyzing the geometry and chronology of geomorphic markers. The Main Boundary Thrust in this region ceased moving at least â¼30 ka ago. On the contrary, the more external Medlicott-Wadia Thrust and Main Frontal Thrust, both merging at depth on the sub-flat detachment of the Main Himalayan Thrust, exhibit hectometric-scale deformations accumulated during the last thousands of years. The total shortening rate absorbed by these faults over the last 14-24 ka is between 13.2 and 27.2 mm/yr (11.2Â±3.8 and 9.0Â±3.2 mm/yr, respectively). Part of this deformation may be associated to the geometry of the Chenab reentrant, which could generate an extra oblique component. However, the lower bound of our shortening rates is consistent with previously determined geodetic rates. Active deformation on these structures follows an in-sequence/out-of-sequence pattern, with breaking of both ramps being possible for earthquakes triggered on the main detachment.