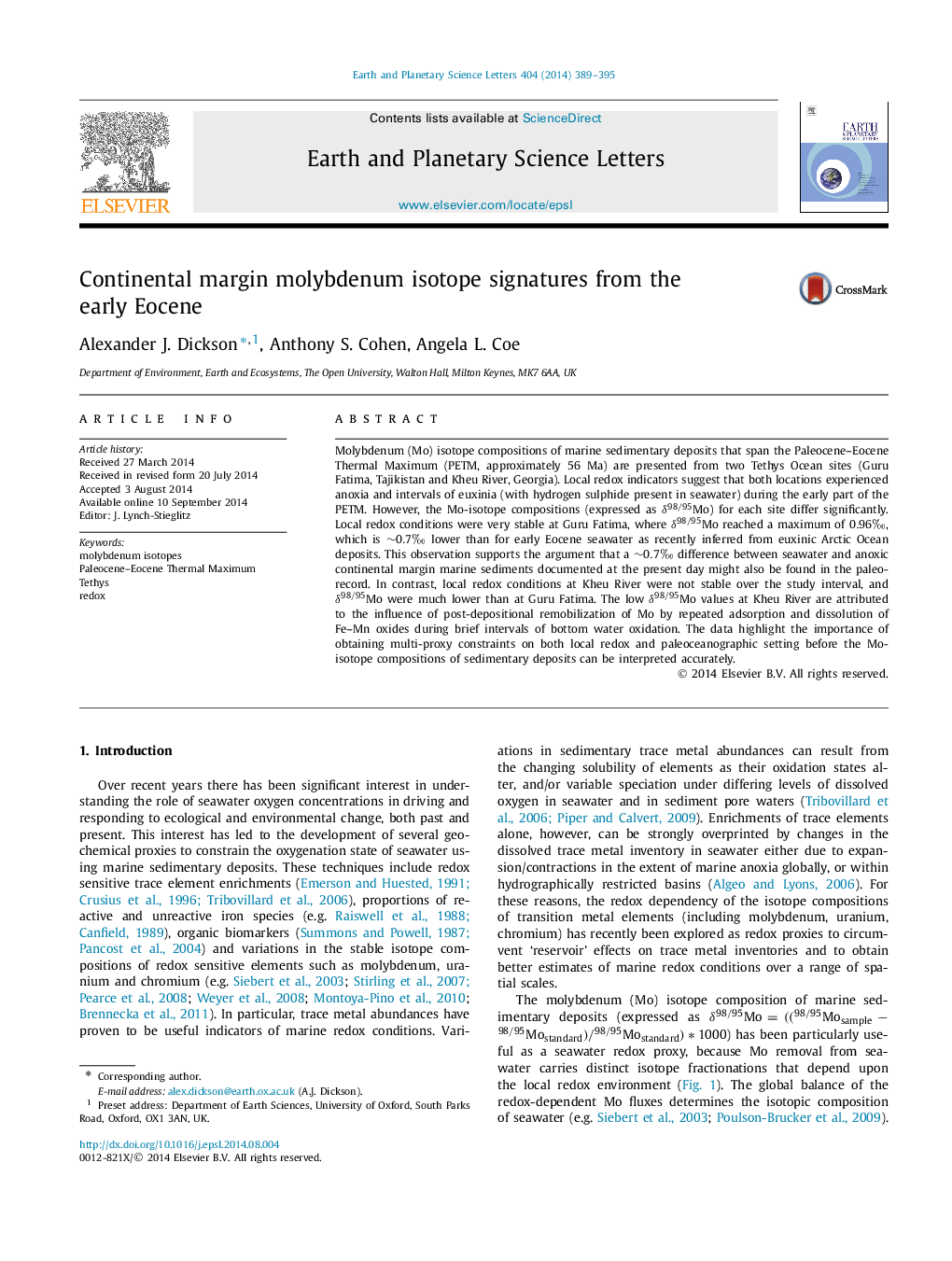 Molybdenum (Mo) isotope compositions of marine sedimentary deposits that span the Paleocene-Eocene Thermal Maximum (PETM, approximately 56 Ma) are presented from two Tethys Ocean sites (Guru Fatima, Tajikistan and Kheu River, Georgia). Local redox indicators suggest that both locations experienced anoxia and intervals of euxinia (with hydrogen sulphide present in seawater) during the early part of the PETM. However, the Mo-isotope compositions (expressed as Î´Mo98/95) for each site differ significantly. Local redox conditions were very stable at Guru Fatima, where Î´Mo98/95 reached a maximum of 0.96â°, which is â¼0.7â° lower than for early Eocene seawater as recently inferred from euxinic Arctic Ocean deposits. This observation supports the argument that a â¼0.7â° difference between seawater and anoxic continental margin marine sediments documented at the present day might also be found in the paleo-record. In contrast, local redox conditions at Kheu River were not stable over the study interval, and Î´Mo98/95 were much lower than at Guru Fatima. The low Î´Mo98/95 values at Kheu River are attributed to the influence of post-depositional remobilization of Mo by repeated adsorption and dissolution of Fe-Mn oxides during brief intervals of bottom water oxidation. The data highlight the importance of obtaining multi-proxy constraints on both local redox and paleoceanographic setting before the Mo-isotope compositions of sedimentary deposits can be interpreted accurately.