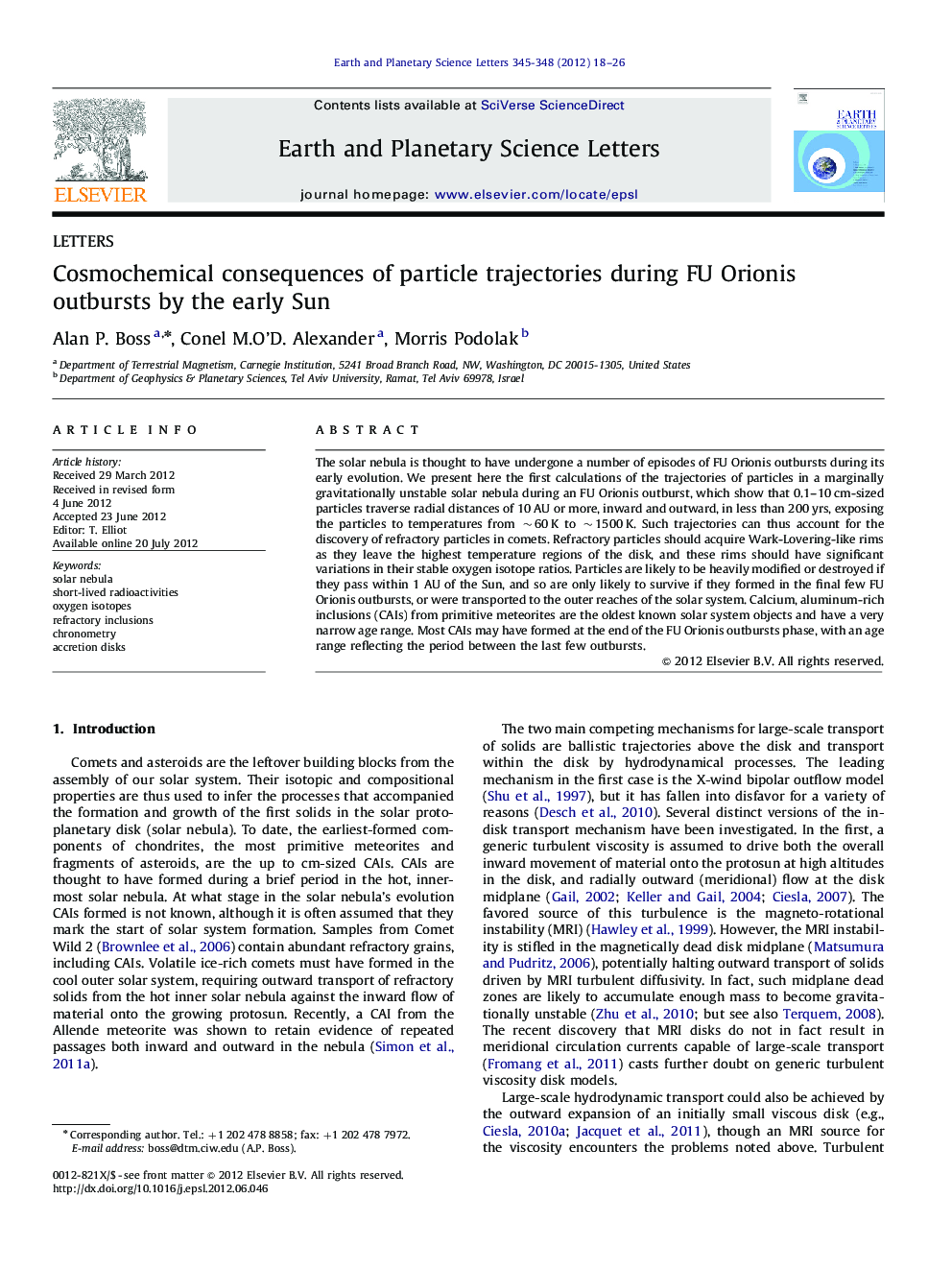 The solar nebula is thought to have undergone a number of episodes of FU Orionis outbursts during its early evolution. We present here the first calculations of the trajectories of particles in a marginally gravitationally unstable solar nebula during an FU Orionis outburst, which show that 0.1-10Â cm-sized particles traverse radial distances of 10 AU or more, inward and outward, in less than 200Â yrs, exposing the particles to temperatures from â¼60K to â¼1500K. Such trajectories can thus account for the discovery of refractory particles in comets. Refractory particles should acquire Wark-Lovering-like rims as they leave the highest temperature regions of the disk, and these rims should have significant variations in their stable oxygen isotope ratios. Particles are likely to be heavily modified or destroyed if they pass within 1 AU of the Sun, and so are only likely to survive if they formed in the final few FU Orionis outbursts, or were transported to the outer reaches of the solar system. Calcium, aluminum-rich inclusions (CAIs) from primitive meteorites are the oldest known solar system objects and have a very narrow age range. Most CAIs may have formed at the end of the FU Orionis outbursts phase, with an age range reflecting the period between the last few outbursts.

âº The early Sun likely experienced an FU Orionis phase with a marginally gravitationally unstable (MGU) disk. âº Particle trajectories in MGU disks can explain refractory particles in comets. âº CAIs and other refractory particles should acquire WL rims on these trajectories. âº The WL rims should have significant variations in their stable oxygen isotope ratios. âº CAIs may have formed at the end of the FU Orionis outbursts phase.