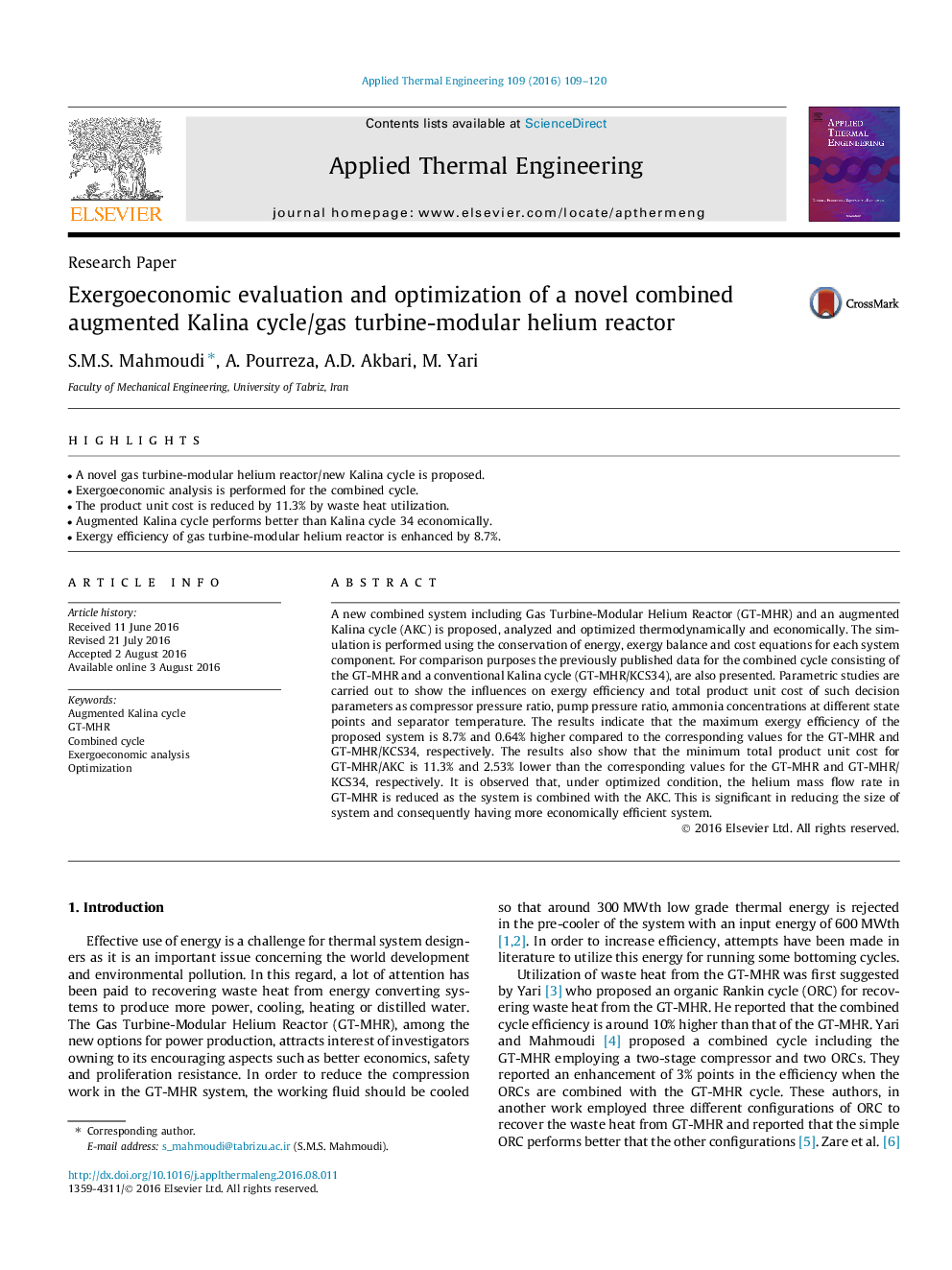 A new combined system including Gas Turbine-Modular Helium Reactor (GT-MHR) and an augmented Kalina cycle (AKC) is proposed, analyzed and optimized thermodynamically and economically. The simulation is performed using the conservation of energy, exergy balance and cost equations for each system component. For comparison purposes the previously published data for the combined cycle consisting of the GT-MHR and a conventional Kalina cycle (GT-MHR/KCS34), are also presented. Parametric studies are carried out to show the influences on exergy efficiency and total product unit cost of such decision parameters as compressor pressure ratio, pump pressure ratio, ammonia concentrations at different state points and separator temperature. The results indicate that the maximum exergy efficiency of the proposed system is 8.7% and 0.64% higher compared to the corresponding values for the GT-MHR and GT-MHR/KCS34, respectively. The results also show that the minimum total product unit cost for GT-MHR/AKC is 11.3% and 2.53% lower than the corresponding values for the GT-MHR and GT-MHR/KCS34, respectively. It is observed that, under optimized condition, the helium mass flow rate in GT-MHR is reduced as the system is combined with the AKC. This is significant in reducing the size of system and consequently having more economically efficient system.