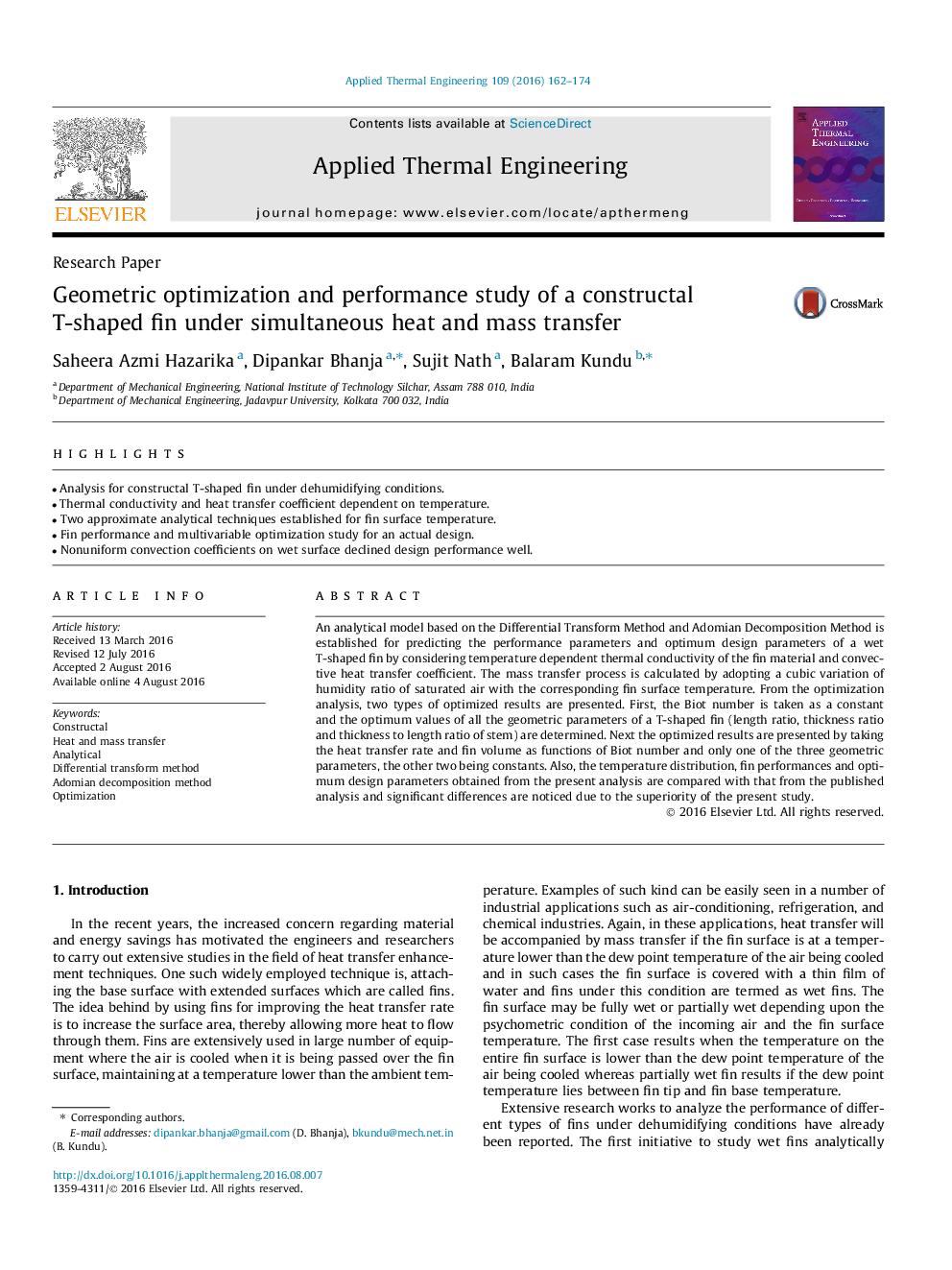 An analytical model based on the Differential Transform Method and Adomian Decomposition Method is established for predicting the performance parameters and optimum design parameters of a wet T-shaped fin by considering temperature dependent thermal conductivity of the fin material and convective heat transfer coefficient. The mass transfer process is calculated by adopting a cubic variation of humidity ratio of saturated air with the corresponding fin surface temperature. From the optimization analysis, two types of optimized results are presented. First, the Biot number is taken as a constant and the optimum values of all the geometric parameters of a T-shaped fin (length ratio, thickness ratio and thickness to length ratio of stem) are determined. Next the optimized results are presented by taking the heat transfer rate and fin volume as functions of Biot number and only one of the three geometric parameters, the other two being constants. Also, the temperature distribution, fin performances and optimum design parameters obtained from the present analysis are compared with that from the published analysis and significant differences are noticed due to the superiority of the present study.