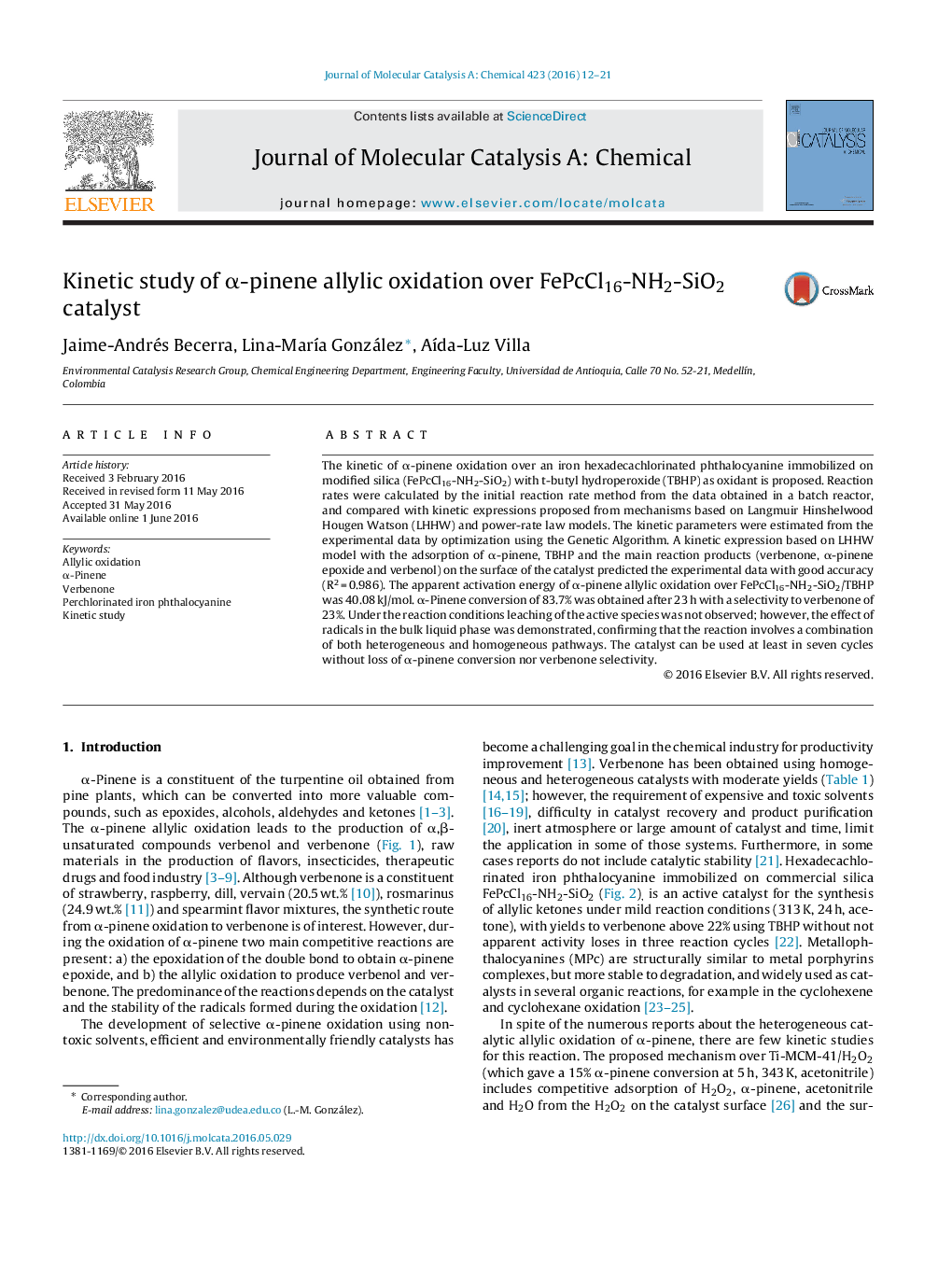 • Monomeric and oxodimeric species of catalyst may be responsible of its activity.
• Kinetic parameters of α-pinene oxidation were determined using genetic algorithm.
• A kinetic model based on the LHHW mechanism adequately fit the experimental data.
• The reaction mechanism involves homogeneous and heterogeneous pathways.

The kinetic of α-pinene oxidation over an iron hexadecachlorinated phthalocyanine immobilized on modified silica (FePcCl16-NH2-SiO2) with t-butyl hydroperoxide (TBHP) as oxidant is proposed. Reaction rates were calculated by the initial reaction rate method from the data obtained in a batch reactor, and compared with kinetic expressions proposed from mechanisms based on Langmuir Hinshelwood Hougen Watson (LHHW) and power-rate law models. The kinetic parameters were estimated from the experimental data by optimization using the Genetic Algorithm. A kinetic expression based on LHHW model with the adsorption of α-pinene, TBHP and the main reaction products (verbenone, α-pinene epoxide and verbenol) on the surface of the catalyst predicted the experimental data with good accuracy (R2 = 0.986). The apparent activation energy of α-pinene allylic oxidation over FePcCl16-NH2-SiO2/TBHP was 40.08 kJ/mol. α-Pinene conversion of 83.7% was obtained after 23 h with a selectivity to verbenone of 23%. Under the reaction conditions leaching of the active species was not observed; however, the effect of radicals in the bulk liquid phase was demonstrated, confirming that the reaction involves a combination of both heterogeneous and homogeneous pathways. The catalyst can be used at least in seven cycles without loss of α-pinene conversion nor verbenone selectivity.