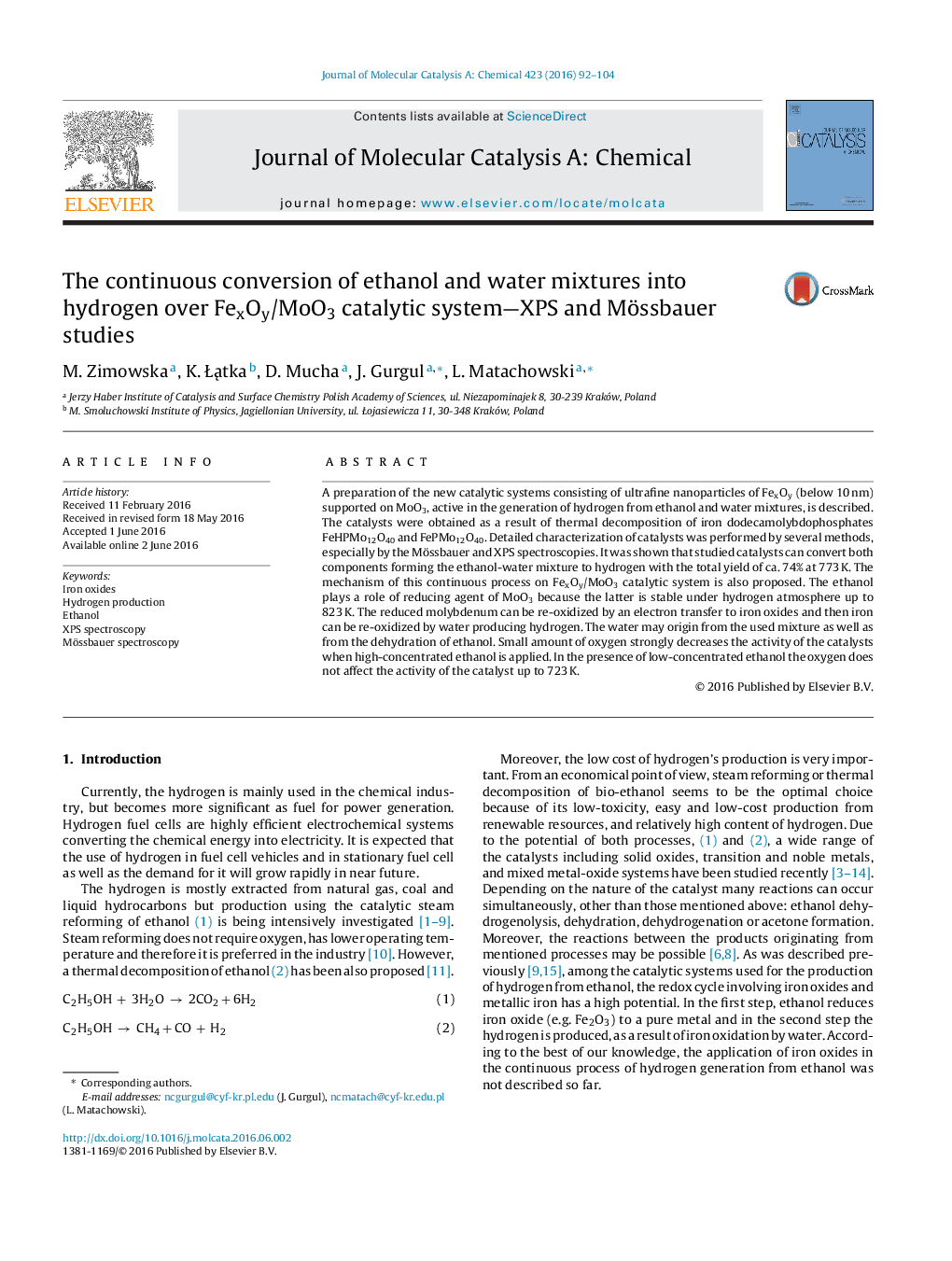 • Mechanism of continuous H2 generation from ethanol and water was described.
• New catalytic systems were characterized by Mössbauer and XPS spectroscopies.
• Catalytic activity strongly decreased with increasing amount of oxygen.
• In the presence of water, small amount of oxygen does not affect the activity.
• Catalysts have exhibited stable yield to hydrogen for 3 h of reaction.

A preparation of the new catalytic systems consisting of ultrafine nanoparticles of FexOy (below 10 nm) supported on MoO3, active in the generation of hydrogen from ethanol and water mixtures, is described. The catalysts were obtained as a result of thermal decomposition of iron dodecamolybdophosphates FeHPMo12O40 and FePMo12O40. Detailed characterization of catalysts was performed by several methods, especially by the Mössbauer and XPS spectroscopies. It was shown that studied catalysts can convert both components forming the ethanol-water mixture to hydrogen with the total yield of ca. 74% at 773 K. The mechanism of this continuous process on FexOy/MoO3 catalytic system is also proposed. The ethanol plays a role of reducing agent of MoO3 because the latter is stable under hydrogen atmosphere up to 823 K. The reduced molybdenum can be re-oxidized by an electron transfer to iron oxides and then iron can be re-oxidized by water producing hydrogen. The water may origin from the used mixture as well as from the dehydration of ethanol. Small amount of oxygen strongly decreases the activity of the catalysts when high-concentrated ethanol is applied. In the presence of low-concentrated ethanol the oxygen does not affect the activity of the catalyst up to 723 K.