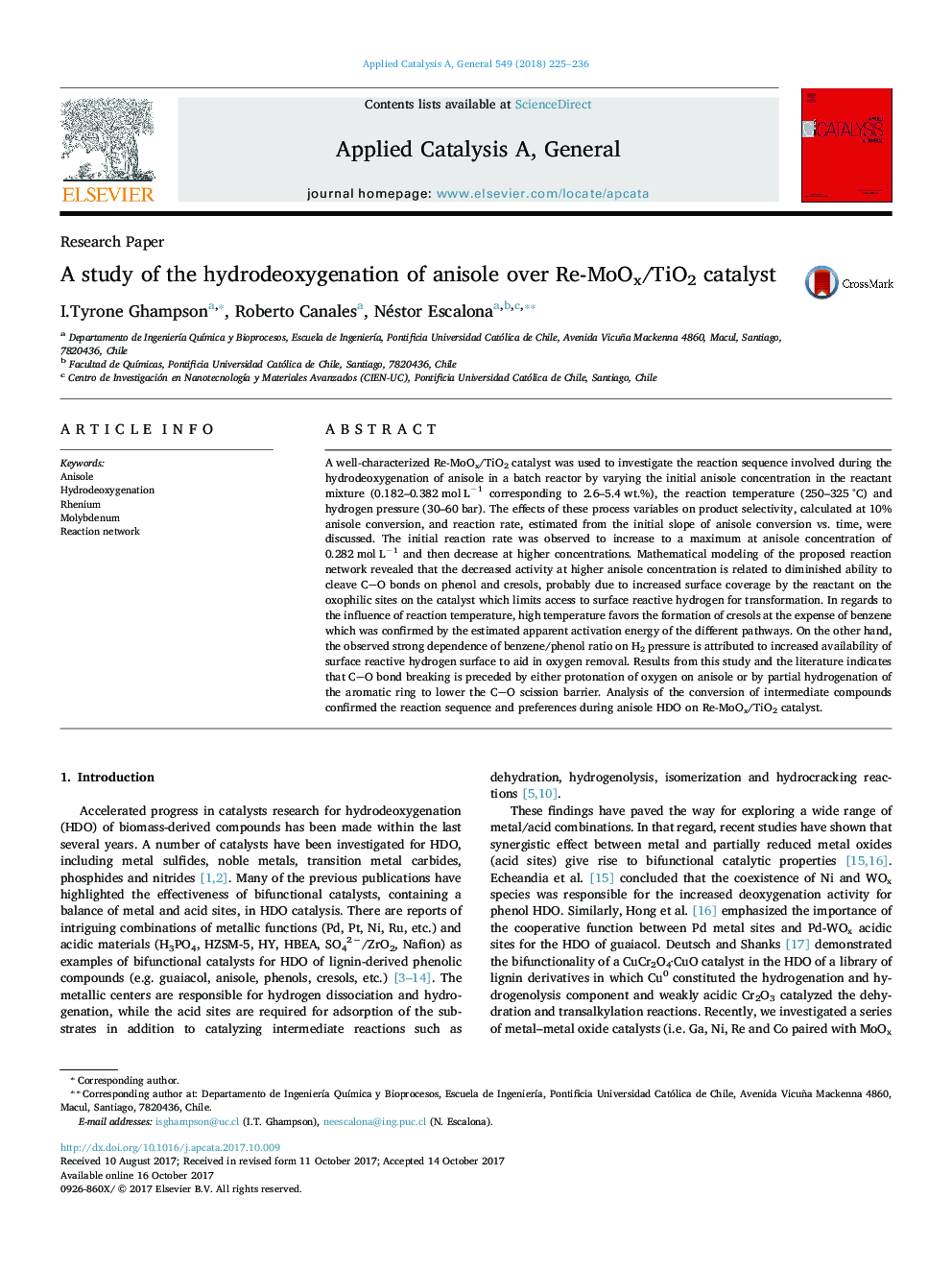 A well-characterized Re-MoOx/TiO2 catalyst was used to investigate the reaction sequence involved during the hydrodeoxygenation of anisole in a batch reactor by varying the initial anisole concentration in the reactant mixture (0.182-0.382Â molÂ Lâ1 corresponding to 2.6-5.4Â wt.%), the reaction temperature (250-325Â Â°C) and hydrogen pressure (30-60Â bar). The effects of these process variables on product selectivity, calculated at 10% anisole conversion, and reaction rate, estimated from the initial slope of anisole conversion vs. time, were discussed. The initial reaction rate was observed to increase to a maximum at anisole concentration of 0.282Â molÂ Lâ1 and then decrease at higher concentrations. Mathematical modeling of the proposed reaction network revealed that the decreased activity at higher anisole concentration is related to diminished ability to cleave CO bonds on phenol and cresols, probably due to increased surface coverage by the reactant on the oxophilic sites on the catalyst which limits access to surface reactive hydrogen for transformation. In regards to the influence of reaction temperature, high temperature favors the formation of cresols at the expense of benzene which was confirmed by the estimated apparent activation energy of the different pathways. On the other hand, the observed strong dependence of benzene/phenol ratio on H2 pressure is attributed to increased availability of surface reactive hydrogen surface to aid in oxygen removal. Results from this study and the literature indicates that CO bond breaking is preceded by either protonation of oxygen on anisole or by partial hydrogenation of the aromatic ring to lower the CO scission barrier. Analysis of the conversion of intermediate compounds confirmed the reaction sequence and preferences during anisole HDO on Re-MoOx/TiO2 catalyst.