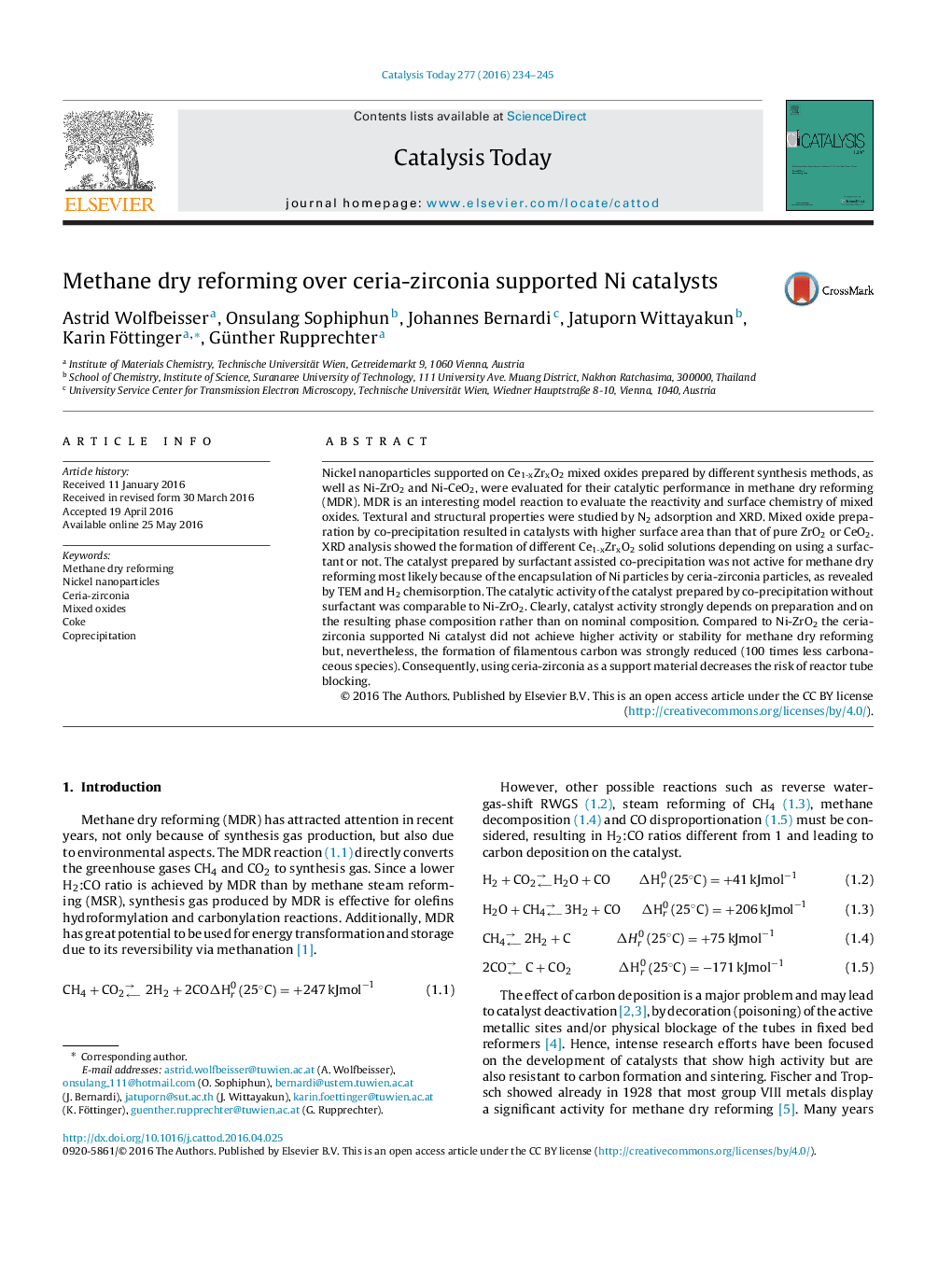 Nickel nanoparticles supported on Ce1-xZrxO2 mixed oxides prepared by different synthesis methods, as well as Ni-ZrO2 and Ni-CeO2, were evaluated for their catalytic performance in methane dry reforming (MDR). MDR is an interesting model reaction to evaluate the reactivity and surface chemistry of mixed oxides. Textural and structural properties were studied by N2 adsorption and XRD. Mixed oxide preparation by co-precipitation resulted in catalysts with higher surface area than that of pure ZrO2 or CeO2. XRD analysis showed the formation of different Ce1-xZrxO2 solid solutions depending on using a surfactant or not. The catalyst prepared by surfactant assisted co-precipitation was not active for methane dry reforming most likely because of the encapsulation of Ni particles by ceria-zirconia particles, as revealed by TEM and H2 chemisorption. The catalytic activity of the catalyst prepared by co-precipitation without surfactant was comparable to Ni-ZrO2. Clearly, catalyst activity strongly depends on preparation and on the resulting phase composition rather than on nominal composition. Compared to Ni-ZrO2 the ceria-zirconia supported Ni catalyst did not achieve higher activity or stability for methane dry reforming but, nevertheless, the formation of filamentous carbon was strongly reduced (100 times less carbonaceous species). Consequently, using ceria-zirconia as a support material decreases the risk of reactor tube blocking.