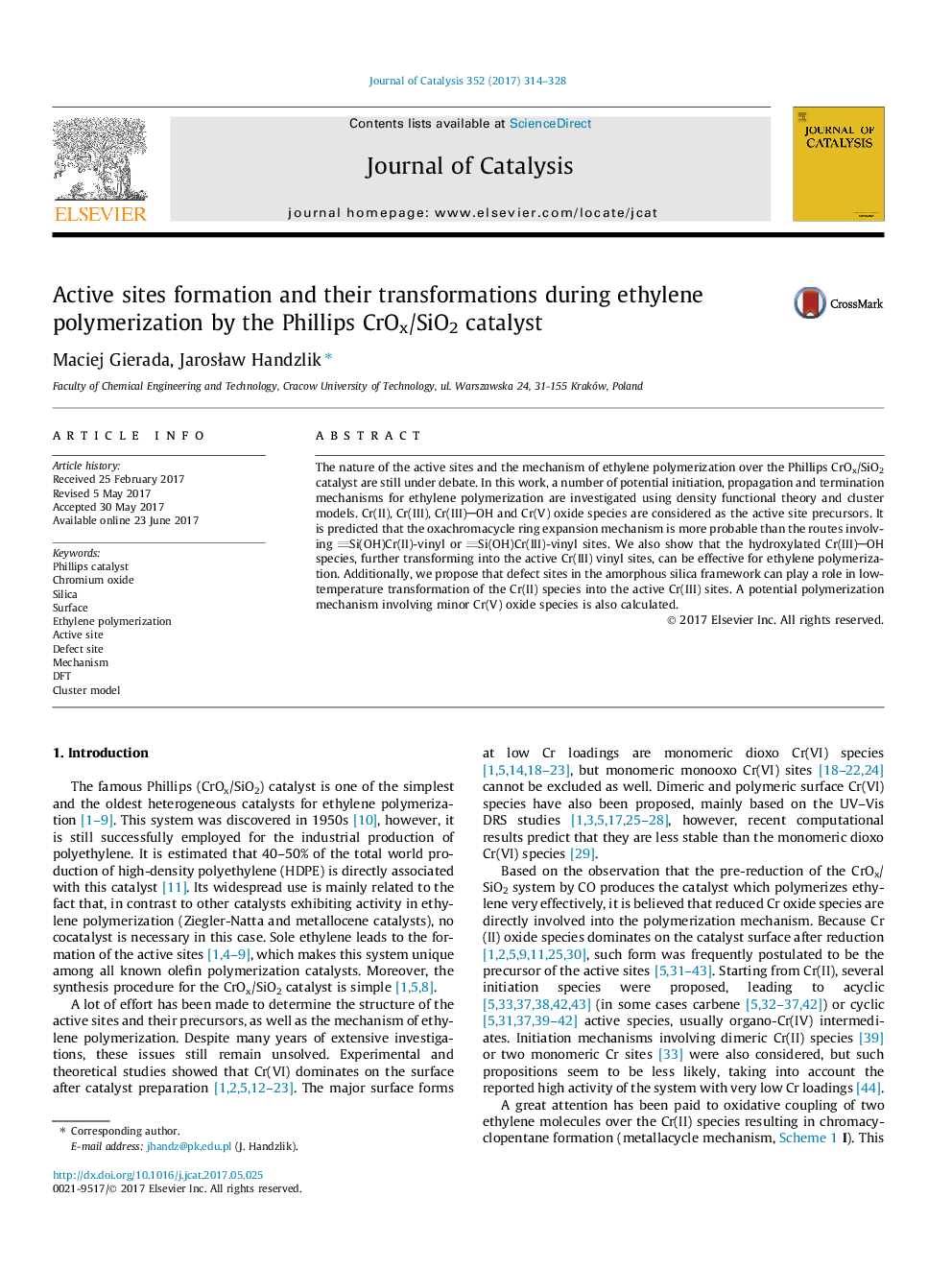 - Many potential initiation and propagation mechanisms are computationally studied.
- Cr(II), Cr(III), Cr(III)OH and Cr(V) oxide species are considered as the precursors.
- Cr(III)OH and Cr(III) vinyl sites can be effective for ethylene polymerization.
- Silica defect sites can play a role in transformation of Cr(II) to Cr(III) species.

The nature of the active sites and the mechanism of ethylene polymerization over the Phillips CrOx/SiO2 catalyst are still under debate. In this work, a number of potential initiation, propagation and termination mechanisms for ethylene polymerization are investigated using density functional theory and cluster models. Cr(II), Cr(III), Cr(III)OH and Cr(V) oxide species are considered as the active site precursors. It is predicted that the oxachromacycle ring expansion mechanism is more probable than the routes involving Si(OH)Cr(II)-vinyl or Si(OH)Cr(III)-vinyl sites. We also show that the hydroxylated Cr(III)OH species, further transforming into the active Cr(III) vinyl sites, can be effective for ethylene polymerization. Additionally, we propose that defect sites in the amorphous silica framework can play a role in low-temperature transformation of the Cr(II) species into the active Cr(III) sites. A potential polymerization mechanism involving minor Cr(V) oxide species is also calculated.