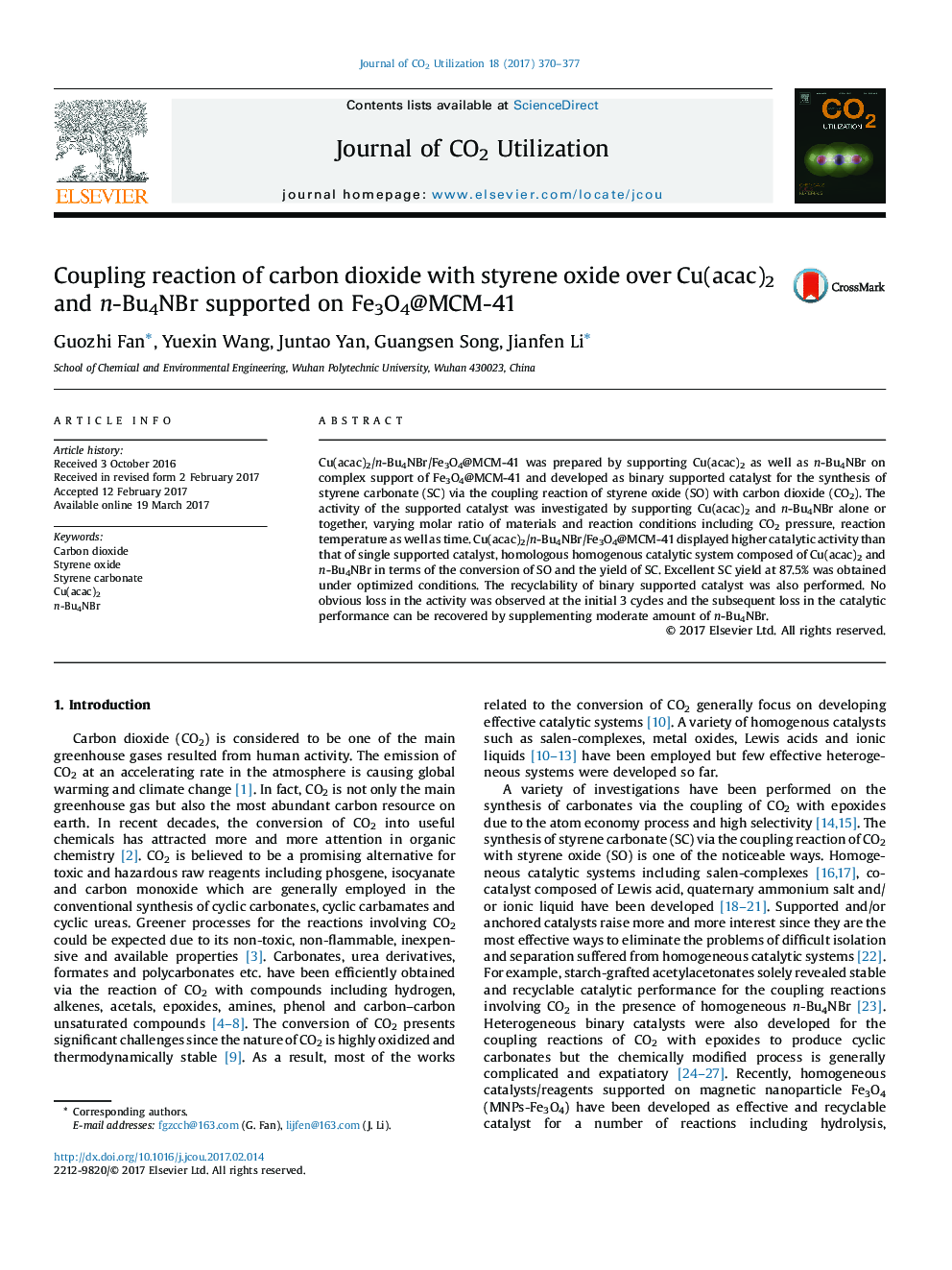 Cu(acac)2/n-Bu4NBr/Fe3O4@MCM-41 was prepared by supporting Cu(acac)2 as well as n-Bu4NBr on complex support of Fe3O4@MCM-41 and developed as binary supported catalyst for the synthesis of styrene carbonate (SC) via the coupling reaction of styrene oxide (SO) with carbon dioxide (CO2). The activity of the supported catalyst was investigated by supporting Cu(acac)2 and n-Bu4NBr alone or together, varying molar ratio of materials and reaction conditions including CO2 pressure, reaction temperature as well as time. Cu(acac)2/n-Bu4NBr/Fe3O4@MCM-41 displayed higher catalytic activity than that of single supported catalyst, homologous homogenous catalytic system composed of Cu(acac)2 and n-Bu4NBr in terms of the conversion of SO and the yield of SC. Excellent SC yield at 87.5% was obtained under optimized conditions. The recyclability of binary supported catalyst was also performed. No obvious loss in the activity was observed at the initial 3 cycles and the subsequent loss in the catalytic performance can be recovered by supplementing moderate amount of n-Bu4NBr.