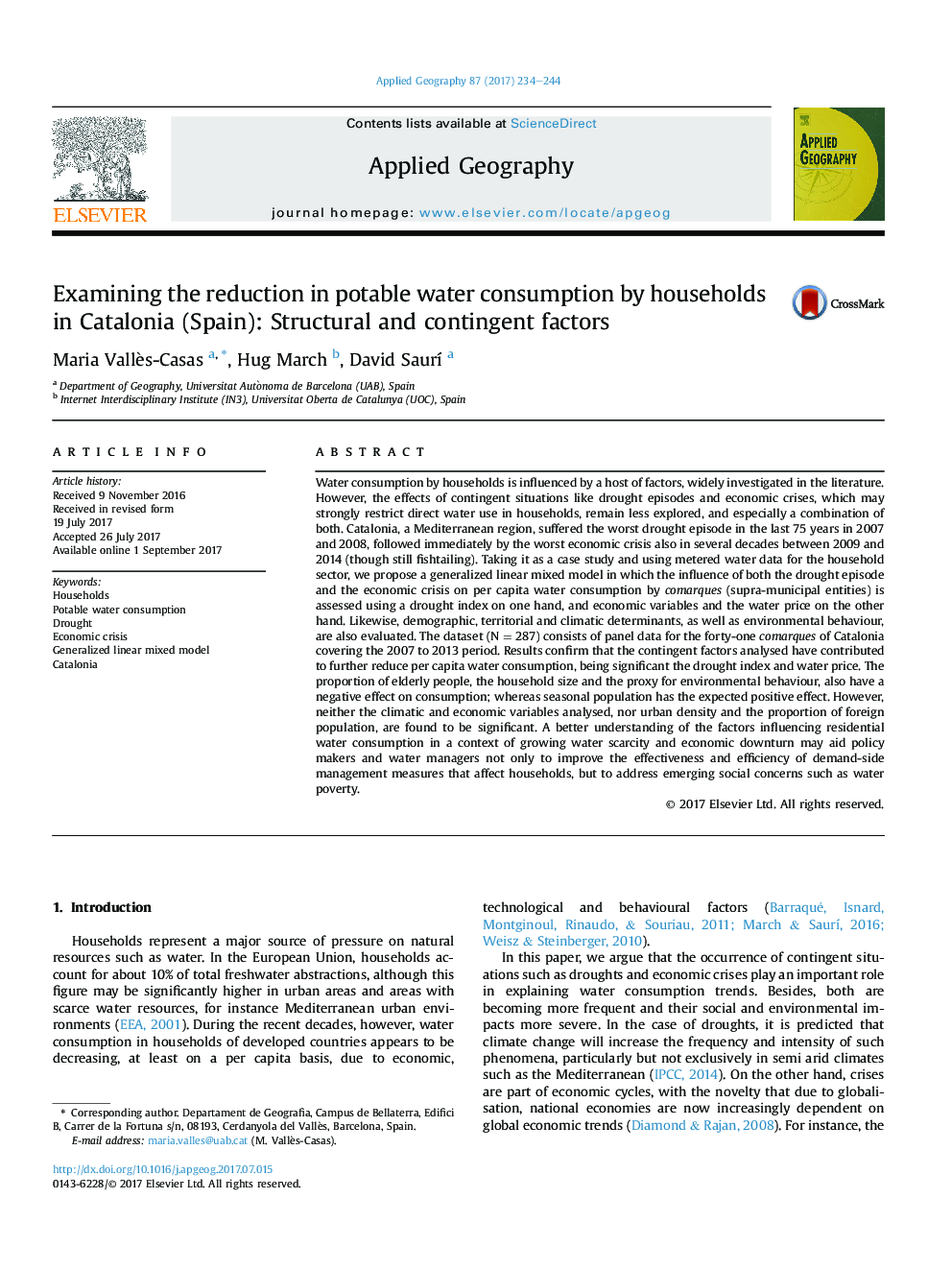 Water consumption by households is influenced by a host of factors, widely investigated in the literature. However, the effects of contingent situations like drought episodes and economic crises, which may strongly restrict direct water use in households, remain less explored, and especially a combination of both. Catalonia, a Mediterranean region, suffered the worst drought episode in the last 75 years in 2007 and 2008, followed immediately by the worst economic crisis also in several decades between 2009 and 2014 (though still fishtailing). Taking it as a case study and using metered water data for the household sector, we propose a generalized linear mixed model in which the influence of both the drought episode and the economic crisis on per capita water consumption by comarques (supra-municipal entities) is assessed using a drought index on one hand, and economic variables and the water price on the other hand. Likewise, demographic, territorial and climatic determinants, as well as environmental behaviour, are also evaluated. The dataset (NÂ =Â 287) consists of panel data for the forty-one comarques of Catalonia covering the 2007 to 2013 period. Results confirm that the contingent factors analysed have contributed to further reduce per capita water consumption, being significant the drought index and water price. The proportion of elderly people, the household size and the proxy for environmental behaviour, also have a negative effect on consumption; whereas seasonal population has the expected positive effect. However, neither the climatic and economic variables analysed, nor urban density and the proportion of foreign population, are found to be significant. A better understanding of the factors influencing residential water consumption in a context of growing water scarcity and economic downturn may aid policy makers and water managers not only to improve the effectiveness and efficiency of demand-side management measures that affect households, but to address emerging social concerns such as water poverty.