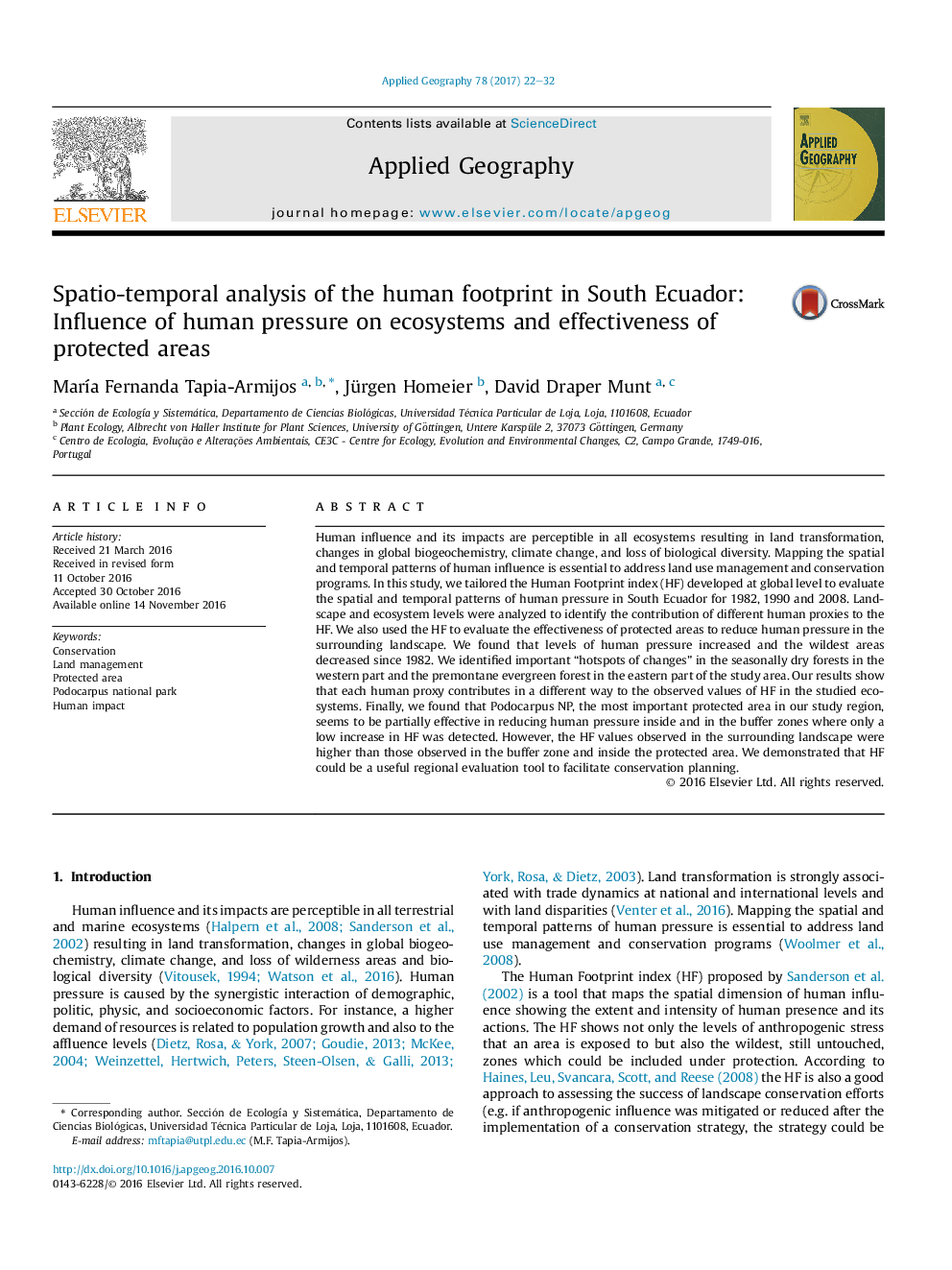 - We evaluated how human pressure changed temporally and spatially from 1982 to 2008.
- In South Ecuador, the wildest areas decreased since 1982 to 2008.
- The seasonally dry forest and shrubland were the vegetation types with the highest human impact.
- The Human Footprint Index is a good approximation for land management.

Human influence and its impacts are perceptible in all ecosystems resulting in land transformation, changes in global biogeochemistry, climate change, and loss of biological diversity. Mapping the spatial and temporal patterns of human influence is essential to address land use management and conservation programs. In this study, we tailored the Human Footprint index (HF) developed at global level to evaluate the spatial and temporal patterns of human pressure in South Ecuador for 1982, 1990 and 2008. Landscape and ecosystem levels were analyzed to identify the contribution of different human proxies to the HF. We also used the HF to evaluate the effectiveness of protected areas to reduce human pressure in the surrounding landscape. We found that levels of human pressure increased and the wildest areas decreased since 1982. We identified important “hotspots of changes” in the seasonally dry forests in the western part and the premontane evergreen forest in the eastern part of the study area. Our results show that each human proxy contributes in a different way to the observed values of HF in the studied ecosystems. Finally, we found that Podocarpus NP, the most important protected area in our study region, seems to be partially effective in reducing human pressure inside and in the buffer zones where only a low increase in HF was detected. However, the HF values observed in the surrounding landscape were higher than those observed in the buffer zone and inside the protected area. We demonstrated that HF could be a useful regional evaluation tool to facilitate conservation planning.