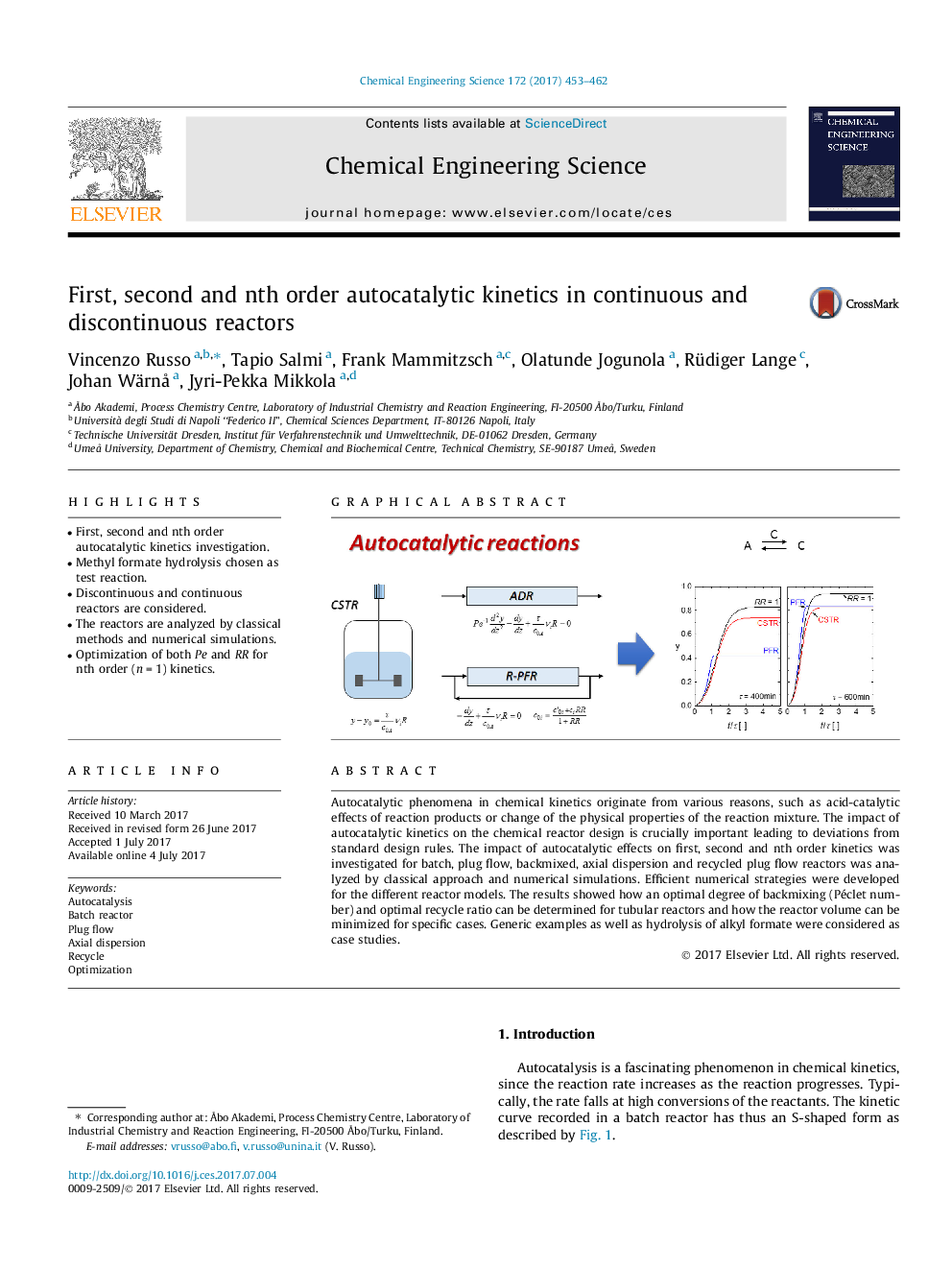 Autocatalytic phenomena in chemical kinetics originate from various reasons, such as acid-catalytic effects of reaction products or change of the physical properties of the reaction mixture. The impact of autocatalytic kinetics on the chemical reactor design is crucially important leading to deviations from standard design rules. The impact of autocatalytic effects on first, second and nth order kinetics was investigated for batch, plug flow, backmixed, axial dispersion and recycled plug flow reactors was analyzed by classical approach and numerical simulations. Efficient numerical strategies were developed for the different reactor models. The results showed how an optimal degree of backmixing (Péclet number) and optimal recycle ratio can be determined for tubular reactors and how the reactor volume can be minimized for specific cases. Generic examples as well as hydrolysis of alkyl formate were considered as case studies.