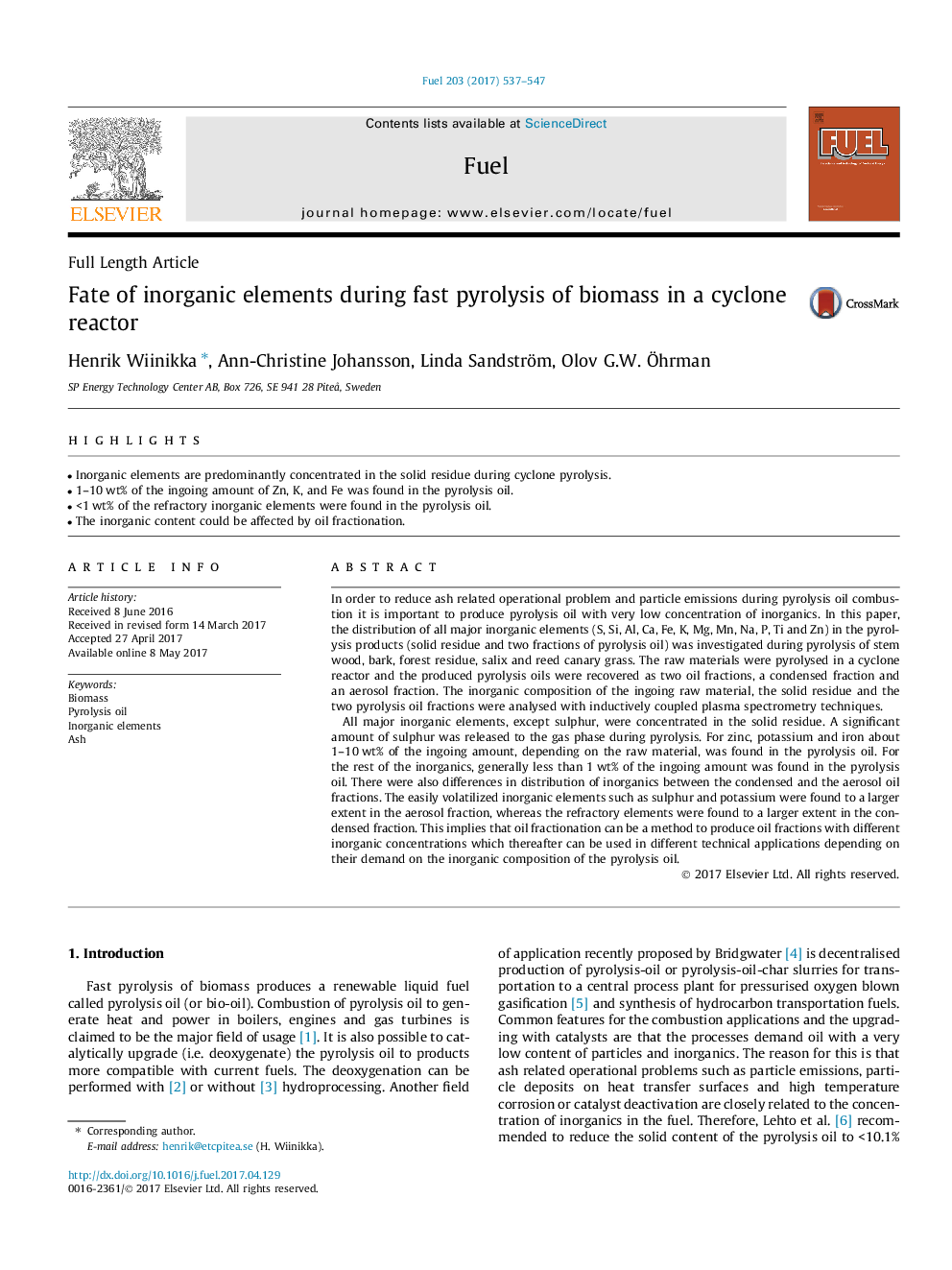 In order to reduce ash related operational problem and particle emissions during pyrolysis oil combustion it is important to produce pyrolysis oil with very low concentration of inorganics. In this paper, the distribution of all major inorganic elements (S, Si, Al, Ca, Fe, K, Mg, Mn, Na, P, Ti and Zn) in the pyrolysis products (solid residue and two fractions of pyrolysis oil) was investigated during pyrolysis of stem wood, bark, forest residue, salix and reed canary grass. The raw materials were pyrolysed in a cyclone reactor and the produced pyrolysis oils were recovered as two oil fractions, a condensed fraction and an aerosol fraction. The inorganic composition of the ingoing raw material, the solid residue and the two pyrolysis oil fractions were analysed with inductively coupled plasma spectrometry techniques.All major inorganic elements, except sulphur, were concentrated in the solid residue. A significant amount of sulphur was released to the gas phase during pyrolysis. For zinc, potassium and iron about 1-10Â wt% of the ingoing amount, depending on the raw material, was found in the pyrolysis oil. For the rest of the inorganics, generally less than 1Â wt% of the ingoing amount was found in the pyrolysis oil. There were also differences in distribution of inorganics between the condensed and the aerosol oil fractions. The easily volatilized inorganic elements such as sulphur and potassium were found to a larger extent in the aerosol fraction, whereas the refractory elements were found to a larger extent in the condensed fraction. This implies that oil fractionation can be a method to produce oil fractions with different inorganic concentrations which thereafter can be used in different technical applications depending on their demand on the inorganic composition of the pyrolysis oil.