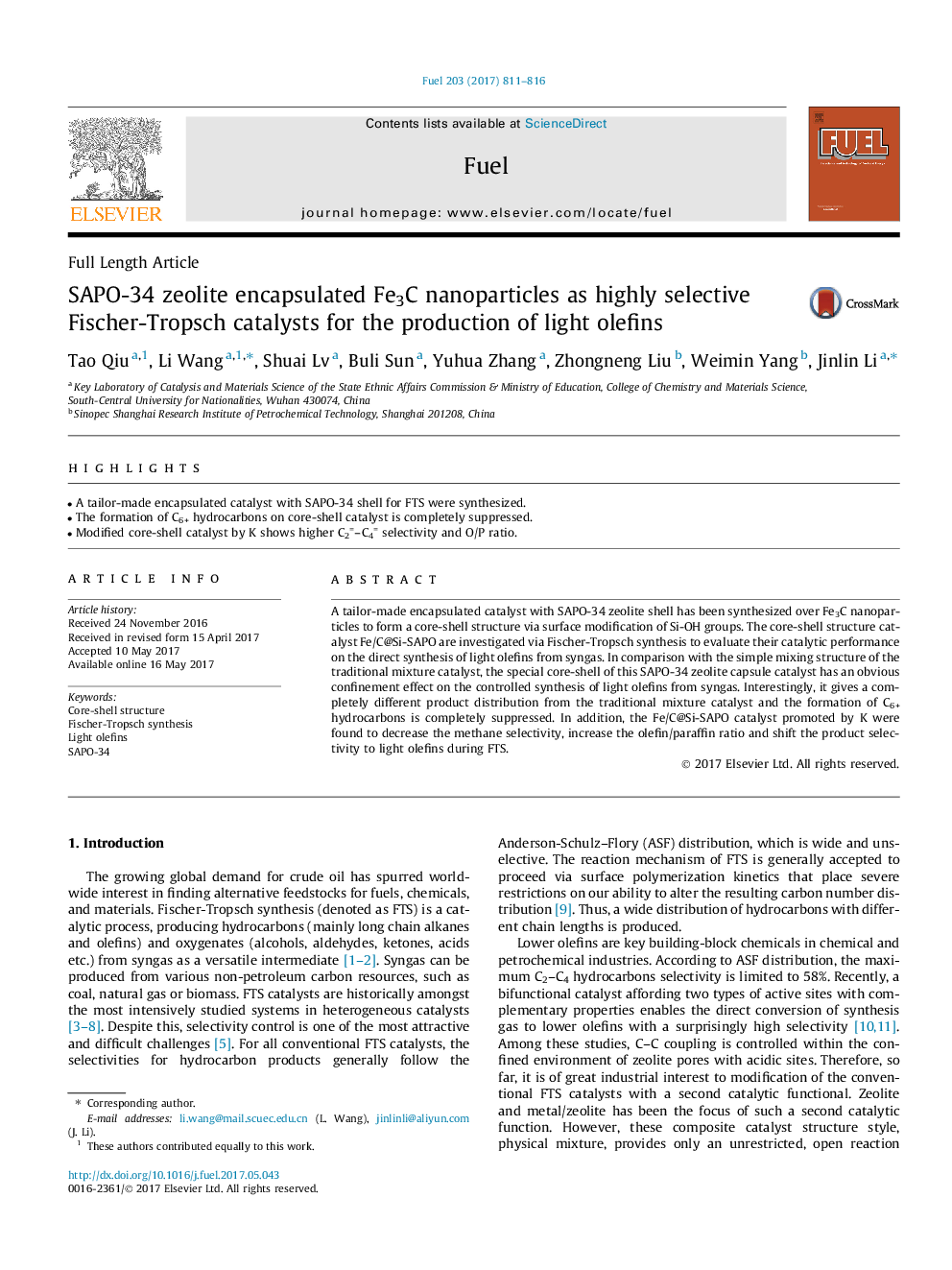 A tailor-made encapsulated catalyst with SAPO-34 zeolite shell has been synthesized over Fe3C nanoparticles to form a core-shell structure via surface modification of Si-OH groups. The core-shell structure catalyst Fe/C@Si-SAPO are investigated via Fischer-Tropsch synthesis to evaluate their catalytic performance on the direct synthesis of light olefins from syngas. In comparison with the simple mixing structure of the traditional mixture catalyst, the special core-shell of this SAPO-34 zeolite capsule catalyst has an obvious confinement effect on the controlled synthesis of light olefins from syngas. Interestingly, it gives a completely different product distribution from the traditional mixture catalyst and the formation of C6+ hydrocarbons is completely suppressed. In addition, the Fe/C@Si-SAPO catalyst promoted by K were found to decrease the methane selectivity, increase the olefin/paraffin ratio and shift the product selectivity to light olefins during FTS.