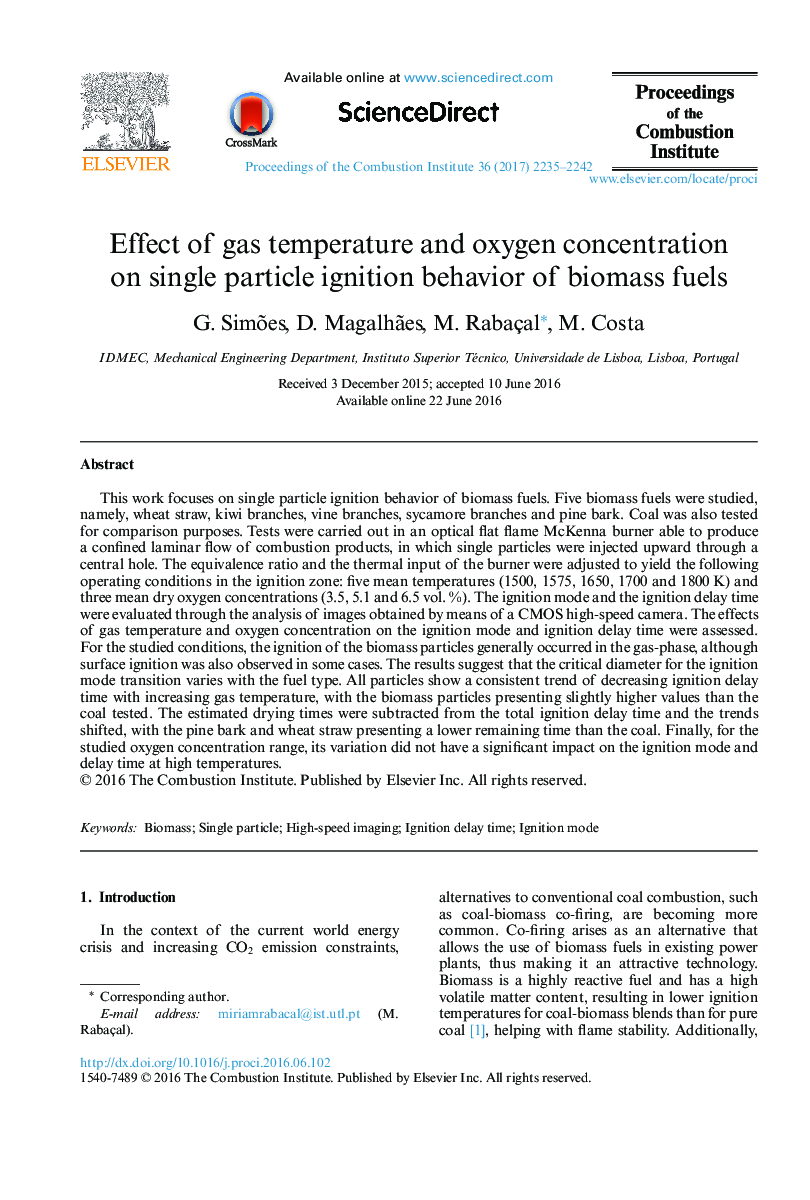 This work focuses on single particle ignition behavior of biomass fuels. Five biomass fuels were studied, namely, wheat straw, kiwi branches, vine branches, sycamore branches and pine bark. Coal was also tested for comparison purposes. Tests were carried out in an optical flat flame McKenna burner able to produce a confined laminar flow of combustion products, in which single particles were injected upward through a central hole. The equivalence ratio and the thermal input of the burner were adjusted to yield the following operating conditions in the ignition zone: five mean temperatures (1500, 1575, 1650, 1700 and 1800Â K) and three mean dry oxygen concentrations (3.5, 5.1 and 6.5Â vol. %). The ignition mode and the ignition delay time were evaluated through the analysis of images obtained by means of a CMOS high-speed camera. The effects of gas temperature and oxygen concentration on the ignition mode and ignition delay time were assessed. For the studied conditions, the ignition of the biomass particles generally occurred in the gas-phase, although surface ignition was also observed in some cases. The results suggest that the critical diameter for the ignition mode transition varies with the fuel type. All particles show a consistent trend of decreasing ignition delay time with increasing gas temperature, with the biomass particles presenting slightly higher values than the coal tested. The estimated drying times were subtracted from the total ignition delay time and the trends shifted, with the pine bark and wheat straw presenting a lower remaining time than the coal. Finally, for the studied oxygen concentration range, its variation did not have a significant impact on the ignition mode and delay time at high temperatures.