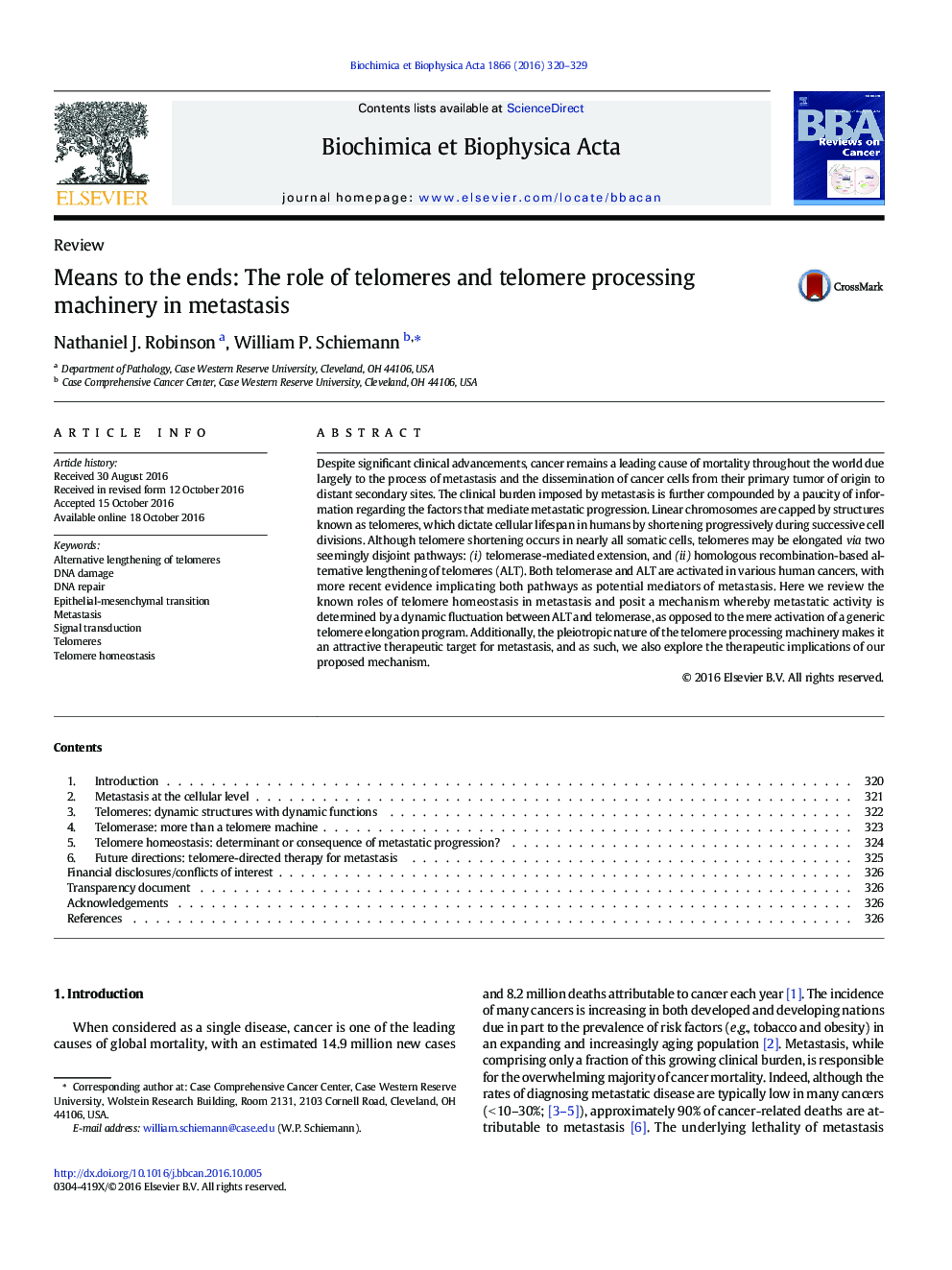 Despite significant clinical advancements, cancer remains a leading cause of mortality throughout the world due largely to the process of metastasis and the dissemination of cancer cells from their primary tumor of origin to distant secondary sites. The clinical burden imposed by metastasis is further compounded by a paucity of information regarding the factors that mediate metastatic progression. Linear chromosomes are capped by structures known as telomeres, which dictate cellular lifespan in humans by shortening progressively during successive cell divisions. Although telomere shortening occurs in nearly all somatic cells, telomeres may be elongated via two seemingly disjoint pathways: (i) telomerase-mediated extension, and (ii) homologous recombination-based alternative lengthening of telomeres (ALT). Both telomerase and ALT are activated in various human cancers, with more recent evidence implicating both pathways as potential mediators of metastasis. Here we review the known roles of telomere homeostasis in metastasis and posit a mechanism whereby metastatic activity is determined by a dynamic fluctuation between ALT and telomerase, as opposed to the mere activation of a generic telomere elongation program. Additionally, the pleiotropic nature of the telomere processing machinery makes it an attractive therapeutic target for metastasis, and as such, we also explore the therapeutic implications of our proposed mechanism.