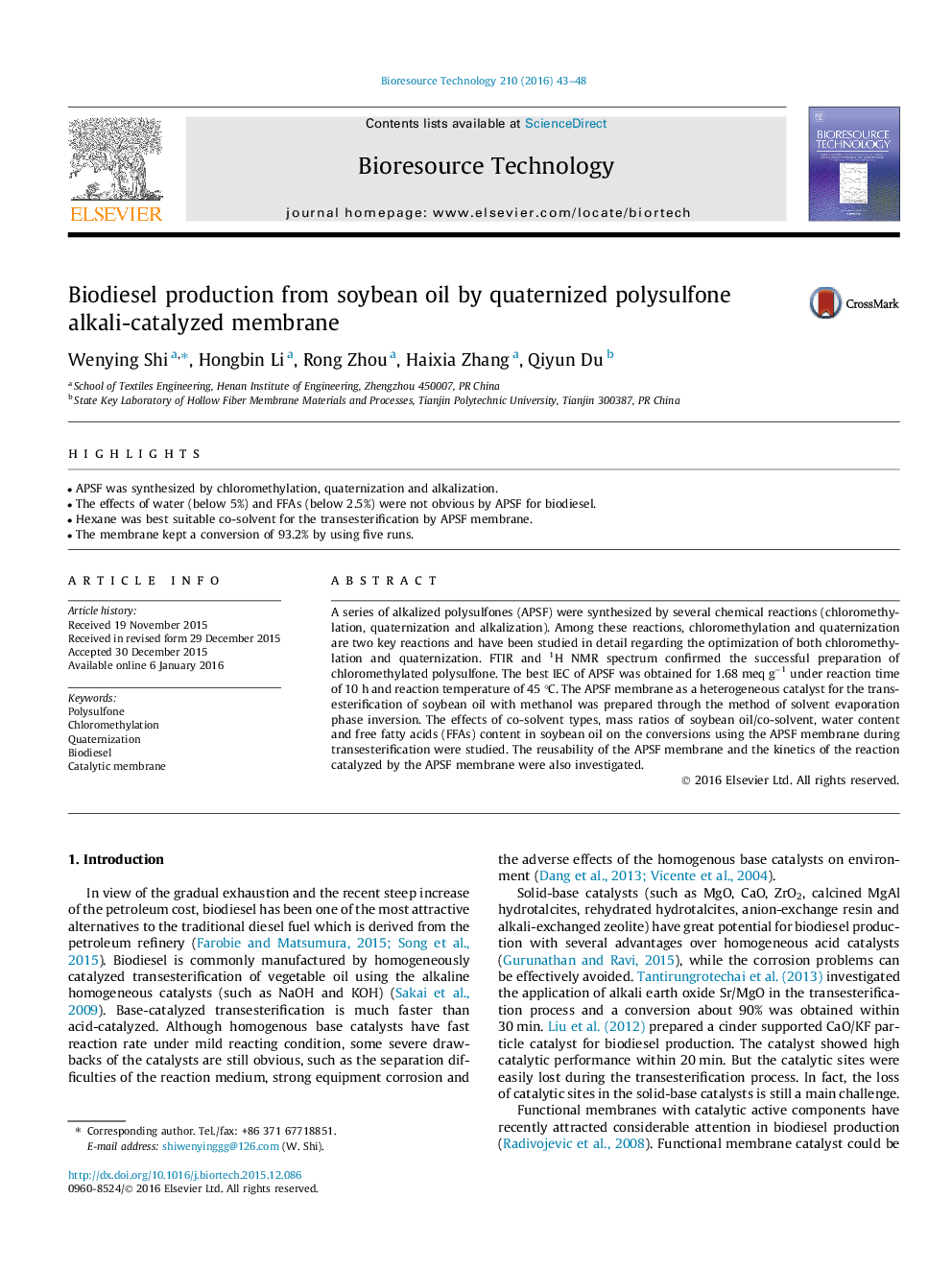 • APSF was synthesized by chloromethylation, quaternization and alkalization.
• The effects of water (below 5%) and FFAs (below 2.5%) were not obvious by APSF for biodiesel.
• Hexane was best suitable co-solvent for the transesterification by APSF membrane.
• The membrane kept a conversion of 93.2% by using five runs.

A series of alkalized polysulfones (APSF) were synthesized by several chemical reactions (chloromethylation, quaternization and alkalization). Among these reactions, chloromethylation and quaternization are two key reactions and have been studied in detail regarding the optimization of both chloromethylation and quaternization. FTIR and 1H NMR spectrum confirmed the successful preparation of chloromethylated polysulfone. The best IEC of APSF was obtained for 1.68 meq g−1 under reaction time of 10 h and reaction temperature of 45 °C. The APSF membrane as a heterogeneous catalyst for the transesterification of soybean oil with methanol was prepared through the method of solvent evaporation phase inversion. The effects of co-solvent types, mass ratios of soybean oil/co-solvent, water content and free fatty acids (FFAs) content in soybean oil on the conversions using the APSF membrane during transesterification were studied. The reusability of the APSF membrane and the kinetics of the reaction catalyzed by the APSF membrane were also investigated.