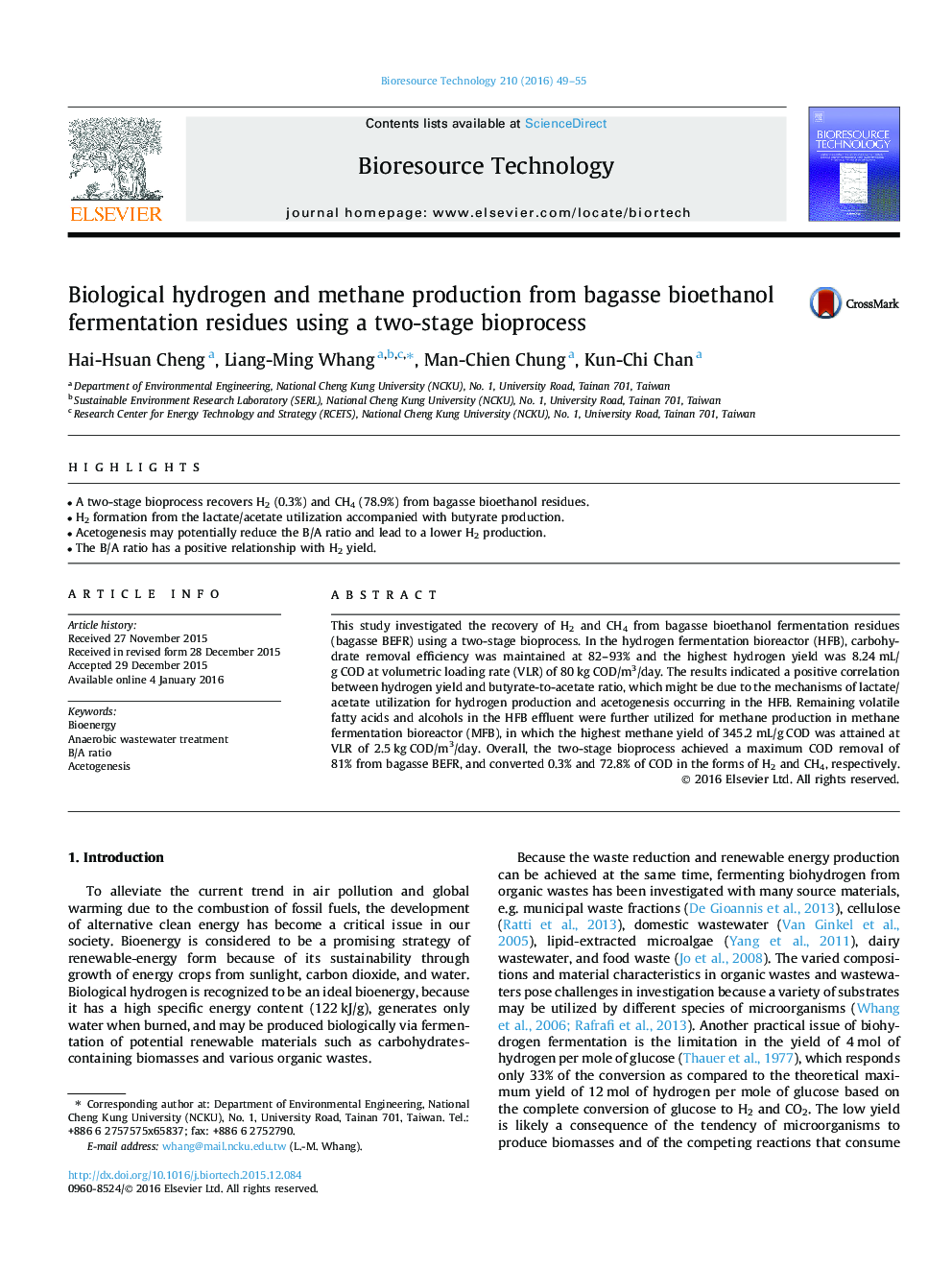 • A two-stage bioprocess recovers H2 (0.3%) and CH4 (78.9%) from bagasse bioethanol residues.
• H2 formation from the lactate/acetate utilization accompanied with butyrate production.
• Acetogenesis may potentially reduce the B/A ratio and lead to a lower H2 production.
• The B/A ratio has a positive relationship with H2 yield.

This study investigated the recovery of H2 and CH4 from bagasse bioethanol fermentation residues (bagasse BEFR) using a two-stage bioprocess. In the hydrogen fermentation bioreactor (HFB), carbohydrate removal efficiency was maintained at 82–93% and the highest hydrogen yield was 8.24 mL/g COD at volumetric loading rate (VLR) of 80 kg COD/m3/day. The results indicated a positive correlation between hydrogen yield and butyrate-to-acetate ratio, which might be due to the mechanisms of lactate/acetate utilization for hydrogen production and acetogenesis occurring in the HFB. Remaining volatile fatty acids and alcohols in the HFB effluent were further utilized for methane production in methane fermentation bioreactor (MFB), in which the highest methane yield of 345.2 mL/g COD was attained at VLR of 2.5 kg COD/m3/day. Overall, the two-stage bioprocess achieved a maximum COD removal of 81% from bagasse BEFR, and converted 0.3% and 72.8% of COD in the forms of H2 and CH4, respectively.