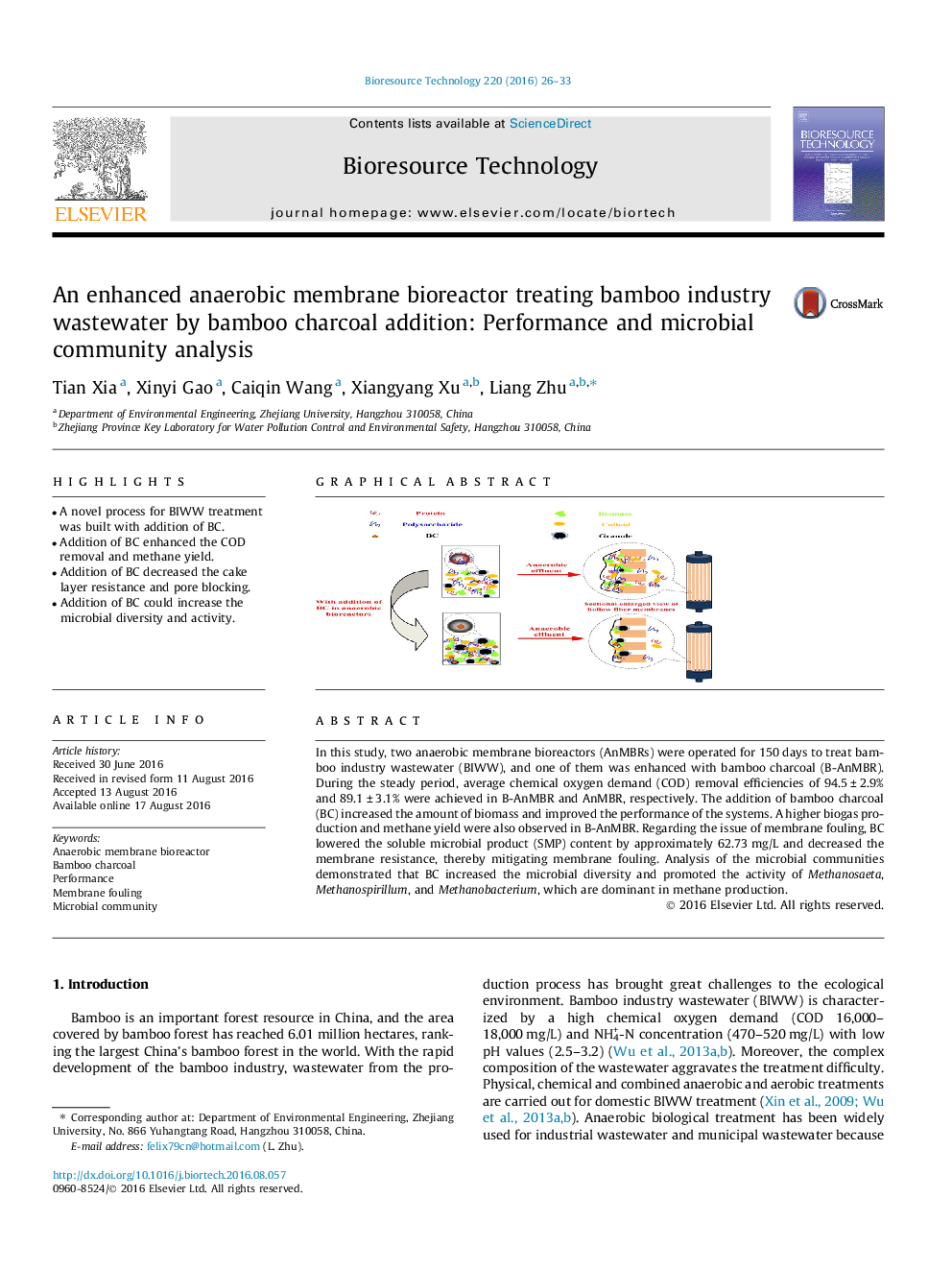 In this study, two anaerobic membrane bioreactors (AnMBRs) were operated for 150 days to treat bamboo industry wastewater (BIWW), and one of them was enhanced with bamboo charcoal (B-AnMBR). During the steady period, average chemical oxygen demand (COD) removal efficiencies of 94.5 ± 2.9% and 89.1 ± 3.1% were achieved in B-AnMBR and AnMBR, respectively. The addition of bamboo charcoal (BC) increased the amount of biomass and improved the performance of the systems. A higher biogas production and methane yield were also observed in B-AnMBR. Regarding the issue of membrane fouling, BC lowered the soluble microbial product (SMP) content by approximately 62.73 mg/L and decreased the membrane resistance, thereby mitigating membrane fouling. Analysis of the microbial communities demonstrated that BC increased the microbial diversity and promoted the activity of Methanosaeta, Methanospirillum, and Methanobacterium, which are dominant in methane production.