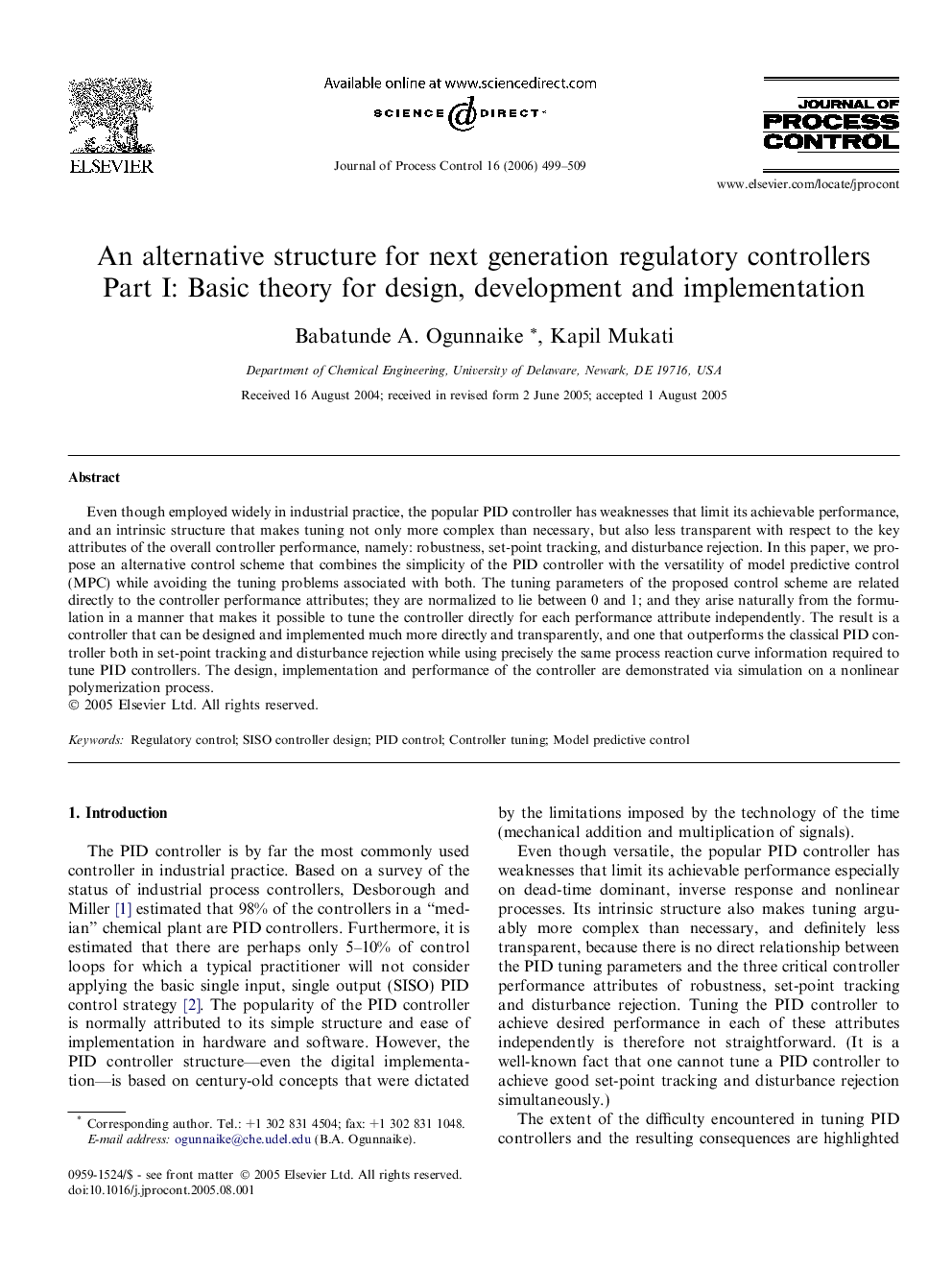 Even though employed widely in industrial practice, the popular PID controller has weaknesses that limit its achievable performance, and an intrinsic structure that makes tuning not only more complex than necessary, but also less transparent with respect to the key attributes of the overall controller performance, namely: robustness, set-point tracking, and disturbance rejection. In this paper, we propose an alternative control scheme that combines the simplicity of the PID controller with the versatility of model predictive control (MPC) while avoiding the tuning problems associated with both. The tuning parameters of the proposed control scheme are related directly to the controller performance attributes; they are normalized to lie between 0 and 1; and they arise naturally from the formulation in a manner that makes it possible to tune the controller directly for each performance attribute independently. The result is a controller that can be designed and implemented much more directly and transparently, and one that outperforms the classical PID controller both in set-point tracking and disturbance rejection while using precisely the same process reaction curve information required to tune PID controllers. The design, implementation and performance of the controller are demonstrated via simulation on a nonlinear polymerization process.