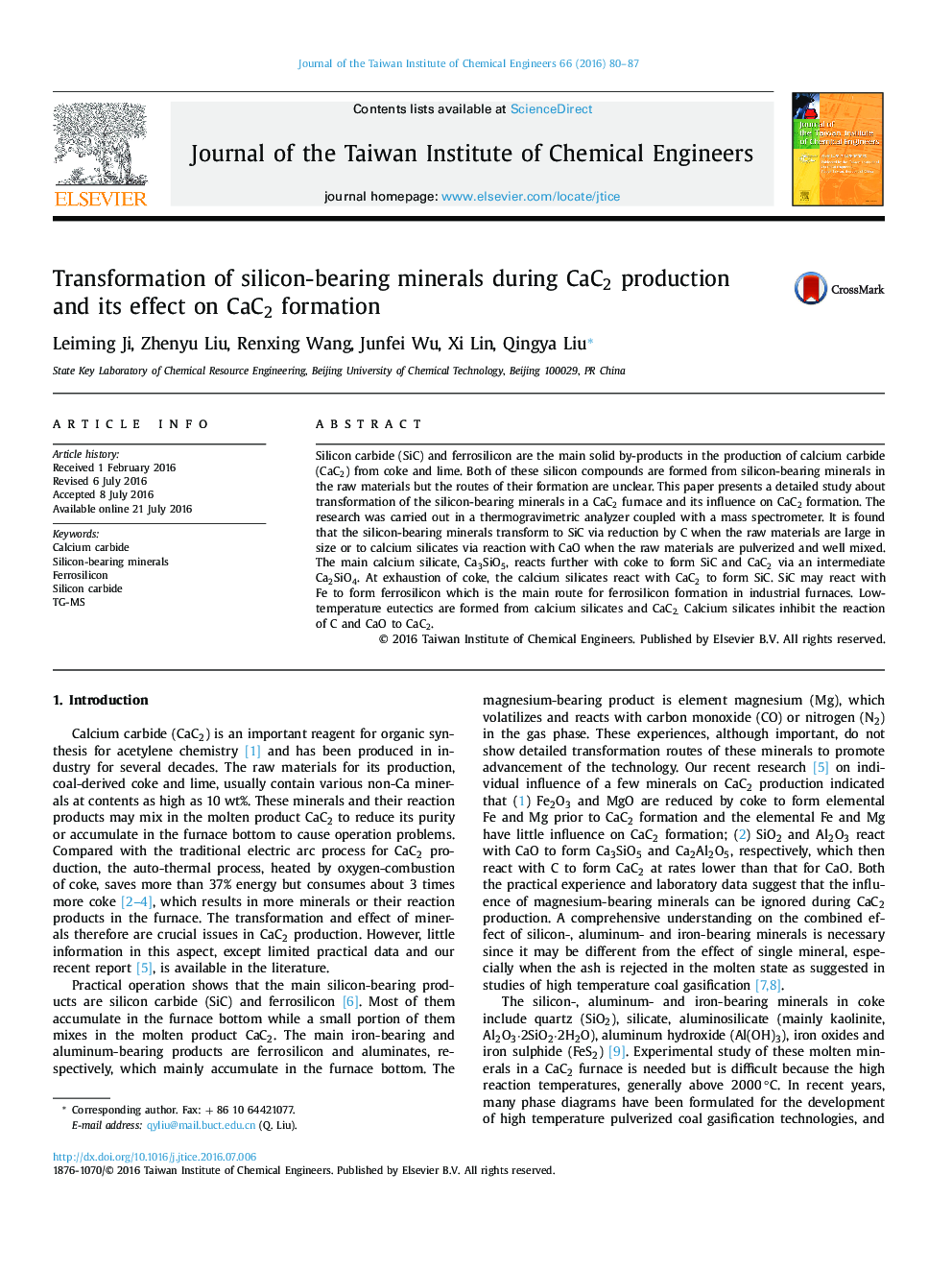 Silicon carbide (SiC) and ferrosilicon are the main solid by-products in the production of calcium carbide (CaC2) from coke and lime. Both of these silicon compounds are formed from silicon-bearing minerals in the raw materials but the routes of their formation are unclear. This paper presents a detailed study about transformation of the silicon-bearing minerals in a CaC2 furnace and its influence on CaC2 formation. The research was carried out in a thermogravimetric analyzer coupled with a mass spectrometer. It is found that the silicon-bearing minerals transform to SiC via reduction by C when the raw materials are large in size or to calcium silicates via reaction with CaO when the raw materials are pulverized and well mixed. The main calcium silicate, Ca3SiO5, reacts further with coke to form SiC and CaC2 via an intermediate Ca2SiO4. At exhaustion of coke, the calcium silicates react with CaC2 to form SiC. SiC may react with Fe to form ferrosilicon which is the main route for ferrosilicon formation in industrial furnaces. Low-temperature eutectics are formed from calcium silicates and CaC2. Calcium silicates inhibit the reaction of C and CaO to CaC2.